"The wind came out of nowhere": Thunderstorm takes roof, trees in Sumter

Experts say winds topped 60mph, uprooting trees and peeling the roof off of a business in the Gamecock city. 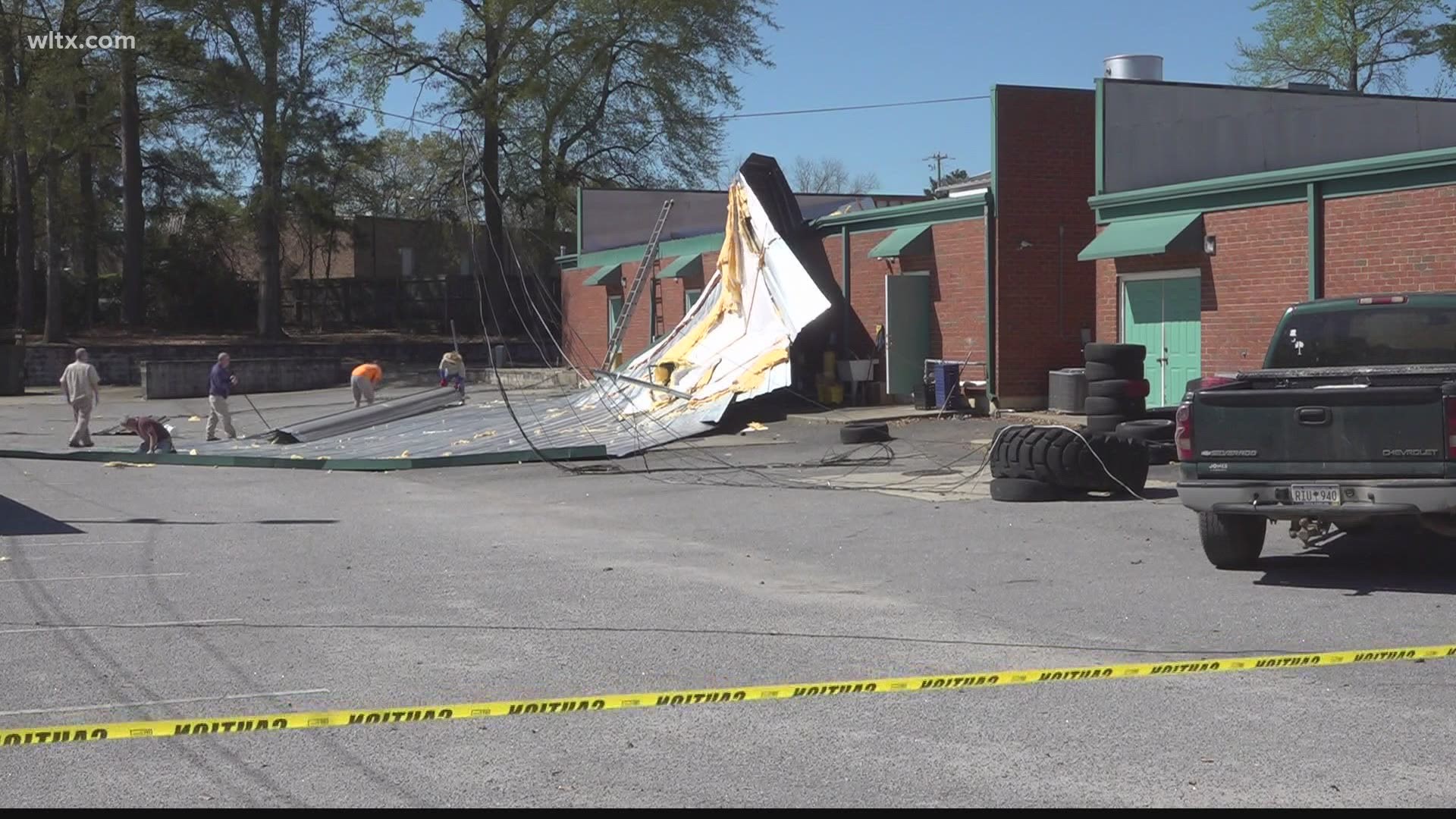 SUMTER, S.C. — The best news was no one was hurt when over the weekend the city of Sumter got a visit by some damaging thunderstorms.

Those who witnessed it were convinced it had to be a tornado.

It wasn't, but experts say winds topped 60mph, uprooting trees and peeling a roof off of a business in the Gamecock city.

A few Sumter businesses are cleaning up, salvaging what they can.

Business owner Patina Calhoun was at her shop when the storm hit and got a first hand look at what over 50mph winds can do.

"I started hearing this rumbling noise... The wind just came out of nowhere."

Calhoun says, "I was like oh my God its a tornado. I just yelled and told my godson to run."

To understand that kind of wind speed and help to put it into perspective, a thunderstorm is considered severe when wind speeds hit 58 mph.

Witnesses say the sheer force of the storm was terrifying.

"Right when I turned my head, the roof it went up, it went up again and the third time the roof just peeled back," said Calhoun.

Erik Hayes with Sumter Emergency Management says its important to be prepared for severe weather, especially this time of year.

"You should always have a plan in place and an altering system," says Hayes, "knowing your surroundings, knowing where you going to be at anytime and looking at your weather beforehand."