Volunteers push for AMBER alert in search for Sumter child

Volunteers continue to push for a more widespread search of a missing Sumter girl. 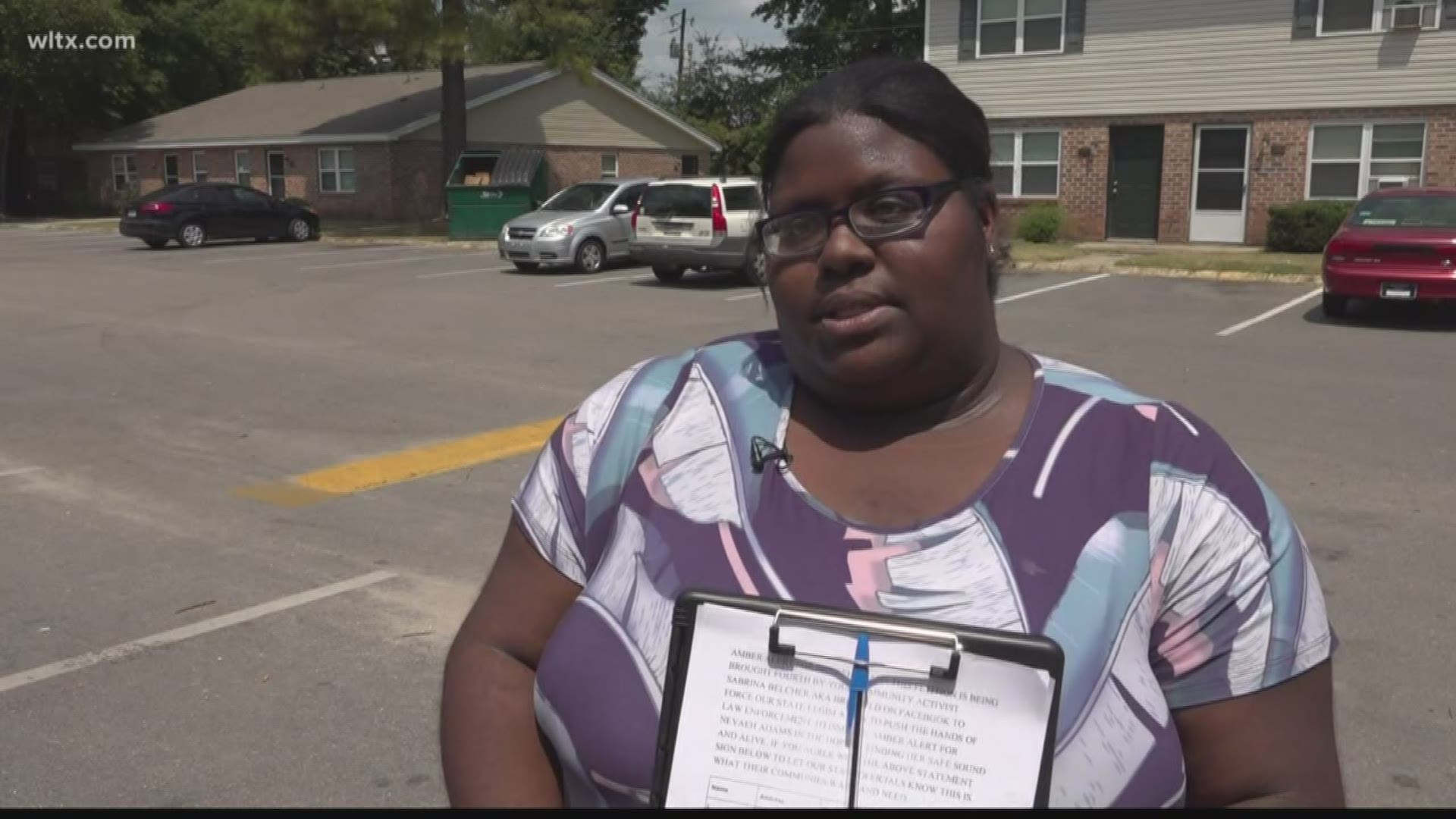 SUMTER, S.C. — The push for a more widespread search of a missing Sumter girl continues as more than 1,900 people petition to have an AMBER alert issued for the child.

Sumter Police did not issue the alert after testimony from the suspect suggested that the child may have been killed around the same time as her mother.

RELATED: Why police say an AMBER alert was not issued for missing SC girl

"My personal stance is that she is not dead," Sabrina Belcher said. "That is one of the reasons why I believe that law enforcement may be misguided in their judgement on this and that we could be out here finding this little girl."

Belcher created the digital petition late last week. Since then, it's gained hundreds of signatures.

"It just shows that the community wants her to have an AMBER alert. We want the little girl to be brought home safely,"' Belcher said.

In a conference with reporters last week, Sumter Police Chief Russell Roark said the department reached out The South Carolina Law Enforcement Division (SLED) and are following the mandatory guidelines.

"There's very specific requirements," Chief Roark said. "While we were talking with the (SLED) representative, Mr. Johnson admitted to killing both Mrs. Bradley and Nevaeh to investigators.... He also relayed to us that he had disposed of the five-year-old's body in a dumpster."

According to SLED, all of the following requirements must be met to issue an AMBER alert:

Belcher says she would be willing to work to have the criteria changed, if it means Adams can receive an alert.

"There are grey areas in the case," Belcher said. "We just want to see law enforcement issue an AMBER alert and give every possible opportunity of bringing the little girl home."

Police, family and the community say they will continue to search until the child is found.