Some people who live in the area are excited about the possibility. Others have their reservations. 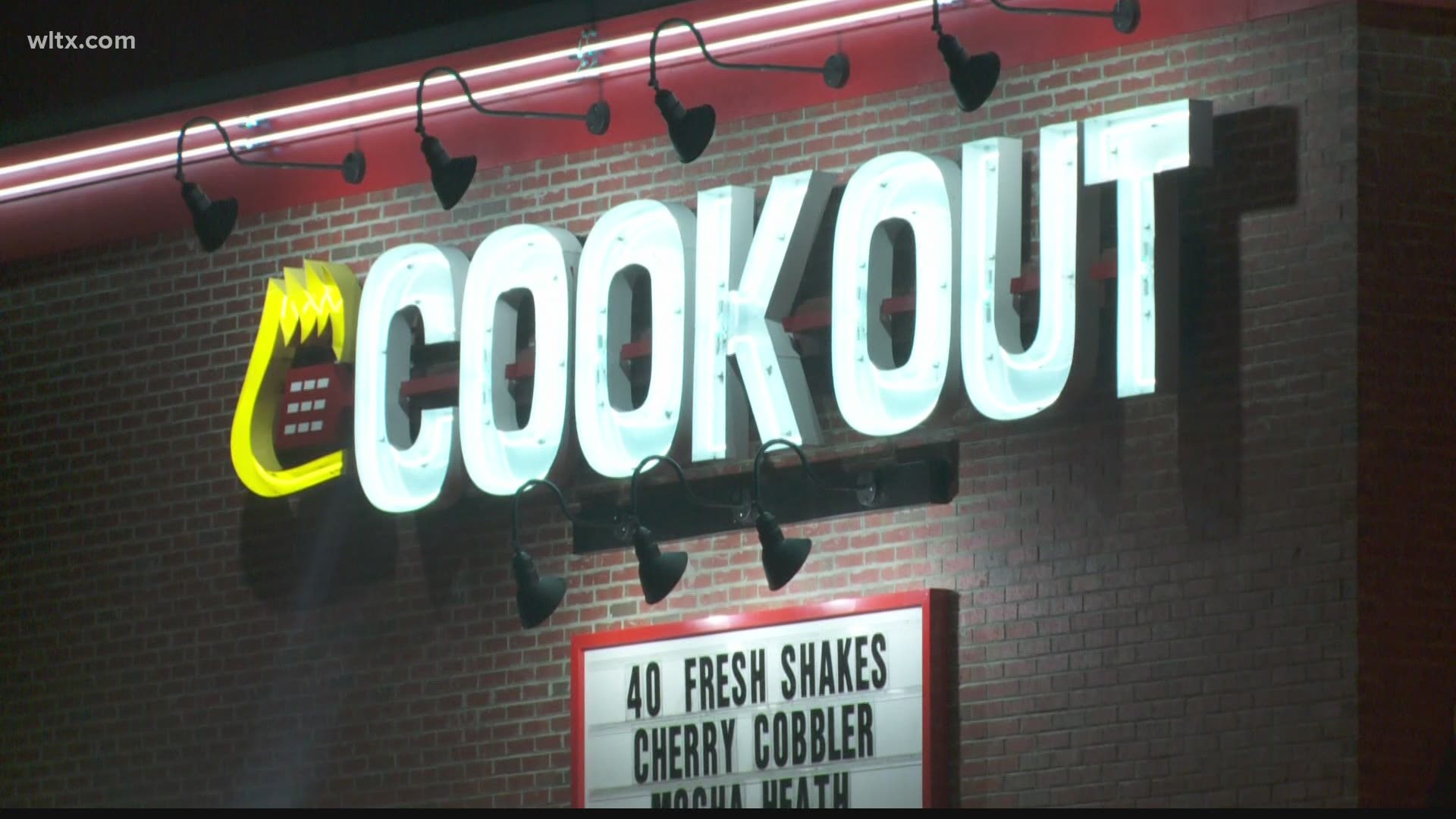 CAYCE, S.C. — Members of the community, an attorney with Cookout and Cayce city officials met on Tuesday to talk about the fast food restaurant potentially coming to the area.

About a month ago, residents started talking about a Cookout restaurant potentially coming to Knox Abbott Drive. It may go next door to Krispy Kreme. This is also near H Avenue.

Some people who live in the area are excited about the possibility. Others have their reservations.

"It's not that we want to keep Cookout away because we like milkshakes, but we don't want it in our front yard,” said Jackie Banton.

She and some of her neighbors are concerned about what a fast-food restaurant could potentially bring near their homes. Their concerns include noise late at night, lights, traffic and crime.

RELATED: Longtime high school football coach will retire at the end of 2021

Mayor Elise Partin says according to their zoning rules, Cookout will need to have at least a 25-foot buffer with an eight-foot masonry wall.

"One of the biggest things is the buffer and wanting to make sure that they get to enjoy their tree lined street that's been there and that's certainly something that we support,” said Mayor Partin. “We want to help protect that residential area. We have a goal to do both. It doesn't do us any good to erode one and allow another or vice versa. We have some nice rules in place that help to make sure that we can prioritize both our neighborhoods and support development as well."

The mayor says the rule applies to commercial property that connects with residential.

“We do love all the input. We actually had 62 people at our last meeting, that’s awesome. It was great to have all those folks join us for our council meeting,” explained Mayor Partin. “We love that input and we love it when people call us to make sure they have the right facts or to ask a question about something that they’re not sure about.”

Residents are hoping the buffer will become permanent for their community.

"I feel like it's much better to have a 25-foot buffer than a five-foot buffer,” explained Banton. “It will buffer some of the sound and light hopefully for our homes."

Cookout does not yet own the property. A second reading for the rezone of the property will be next week on August 3rd.