Street Squad heard from folks and they say they get agitated by the turn lights off Sunset Blvd and North Lake Drive. People say the turn light always blink yellow for them to yield, but never turns green. 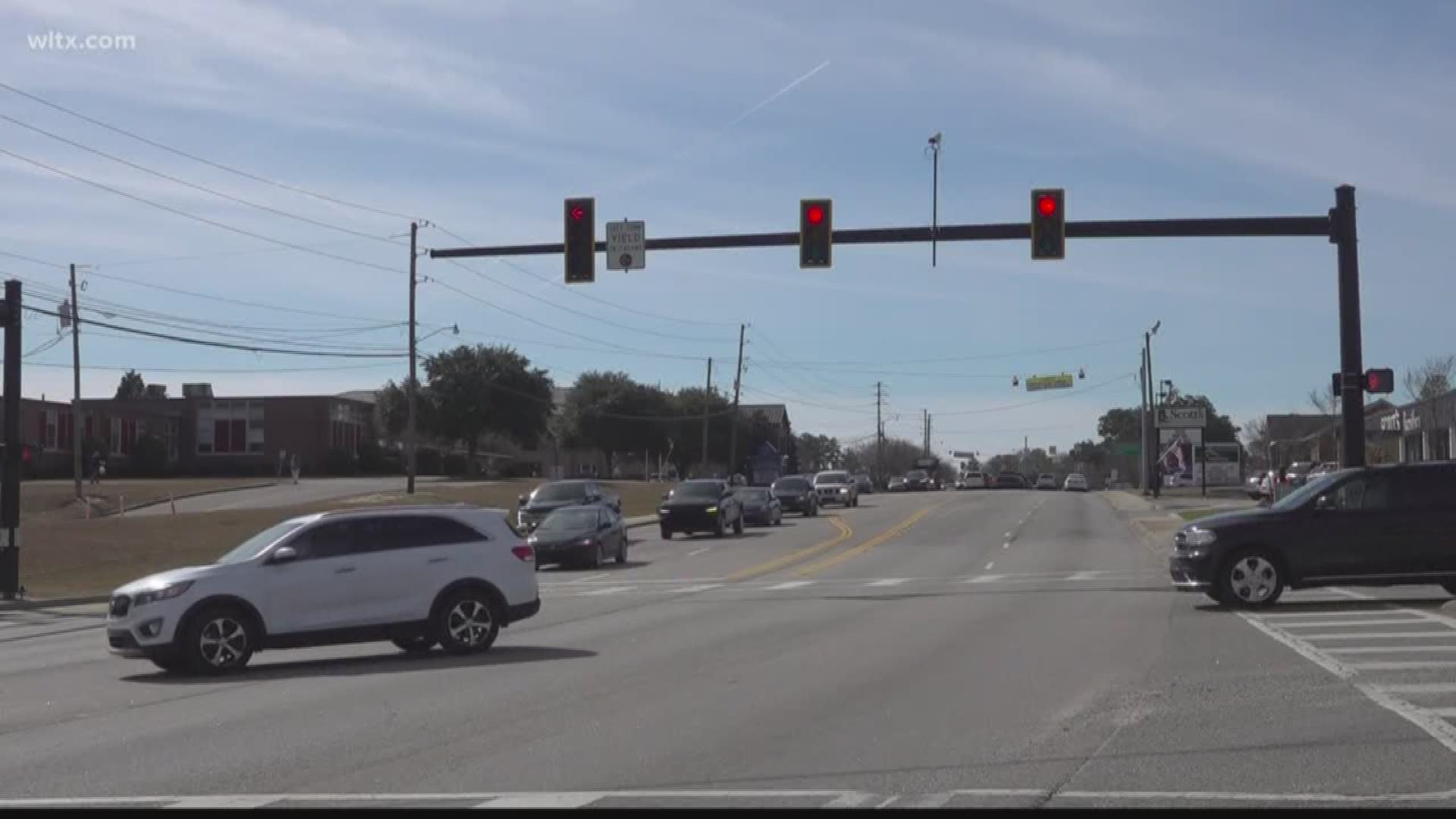 LEXINGTON, S.C. — Lexington officials have announced there will be more changes coming to traffic lights around the town.

You’ve been talking to Street Squad Lexington about concerns in your community. In the county, the consistent issue News 19 hears from viewers is traffic safety.

With the growth Lexington has seen over the years, the roads are known to be heavily congested, especially during rush-hour traffic in the mornings and evenings.

Street Squad heard from folks and they say they get agitated by the turn lights off Sunset Blvd and North Lake Drive. People say the turn light always blink yellow for them to yield, but never turns green.

Donte Kentrell, a delivery driver in the area, says turning at places with this particular light makes it harder on his job.

"For my delivery, it takes a long time at that light. It's just so annoying, it slows the process, and it's costing me money because now my customers are calling because it's not getting there a certain time. It's becoming a major problem," said Kentrell.

Some people complained saying they get stuck out in the middle of the road because they're afraid to turn when there's oncoming traffic.

"Just make it green or red truthfully because the amount of time people wait. People take chances and they're risking speeding up and staying in front of other traffic. It's actually a hazard truthfully. I feel like we should do away with it and make a better system," said Kentrell.

The South Carolina Department of Transportation says although they own these lights, the timing of them are actually run by the Town of Lexington.

At these intersections, you may notice cameras above the lights. For those of you who may not know, these cameras have been installed to keep track of the traffic in the area.

Depending on how many cars in the turn lane are picked up by the camera, that determines whether the turning lane will get the green light or the yellow yield signal.

In Monday night’s State of the Town Address, Mayor Steve MacDougall announced they would be started Phase II of their project with the turning lights.

“The Town of Lexington is also beginning Phase II of our Adaptive Computerized Signalization System, which will include 16 signals,” said MacDougall.

MacDougall said they started the bid process for Phase II in January and anticipate to begin in March.

“In addition to having all 35 signals in town on the system, we are collaborating with Lexington Medical Center to include the 10 intersections in campus proximity. This project is currently out to bid and we anticipate proceeding by this spring,” explained MacDougall.

To see a full list of where the new computerized signalization system are already set up and will be headed to, click here.

Street Squad asked the Town of Lexington if they will be looking at changing the sensors for the turn light at the corner of North Lake Drive and Abbie Lane. We’re waiting to hear back from them at this time.