Traffic shift starts on I-20 in Lexington County this weekend

Drivers who will be traveling eastbound to SC-6 or US-1 will need to be in the right-hand lane when the shift begins so they can get off at the exits. 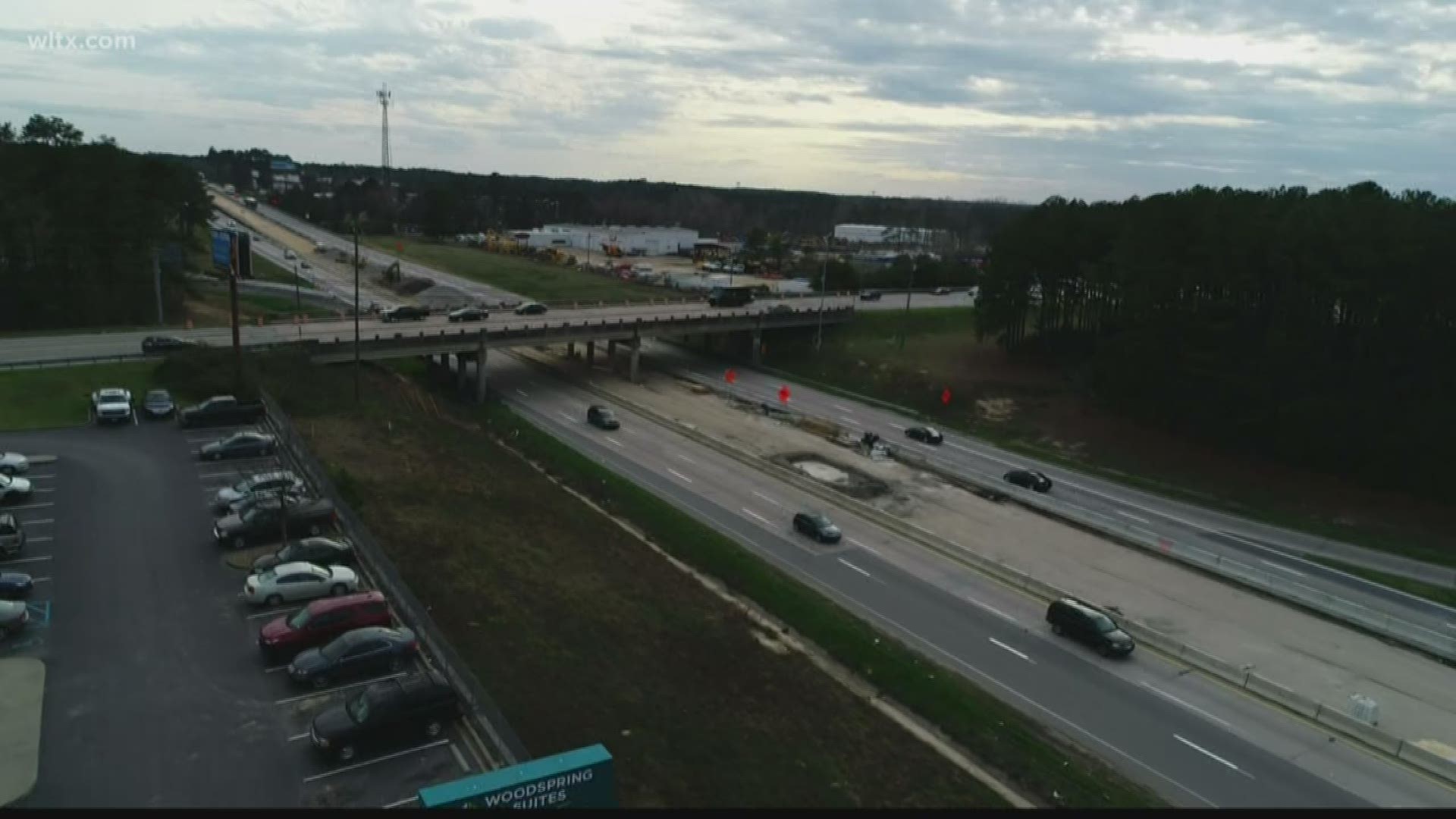 LEXINGTON, S.C. — A major traffic shift will be coming to Interstate 20 in Lexington County starting the weekend of November 16.

The project to widen Interstate 20 has been in the works since 2016.

According to a press release from the South Carolina Department of Transportation (SCDOT), the reason for the change, "is to remove and reconstruct the existing eastbound concrete travel lanes and replace the eastbound bridge over Meat Plant Road." The cost of the widening project is $102 million.

SCDOT held a press conference on Wednesday to explain how the new traffic shift will work.

Robert Dickinson is the district engineer for District 1 over field operations in five counties. He says this is part of the 11 miles on I-20 that's being widened out to three lanes in each direction.

"The shifting of the lanes is expected to start either Saturday night or Sunday night. We shifted off the beginning of these shifts because of the rain that's coming Thursday through Friday and Saturday," said Dickinson. 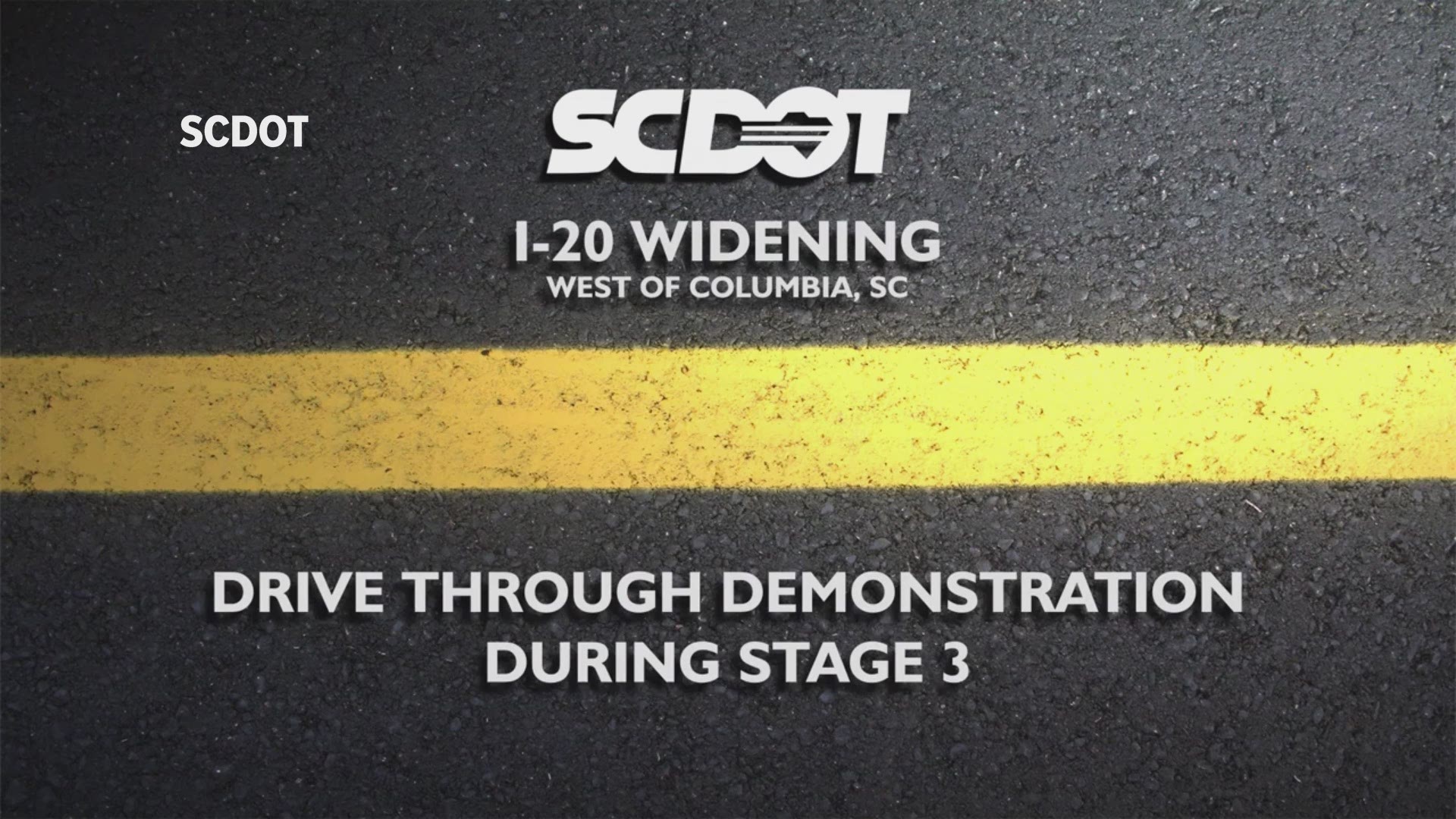 The video above from SCDOT shows how the new traffic shift will affect drivers on Interstate 20.

Officials say it will take three days to complete the shift of traffic because of having to move six miles of barrier walls. The shift will remain the same for almost a year for traffic heading eastbound.

"There will also be rumble strips, cameras, and speed detectors that will be used throughout this process," explained Dickinson.

According to the release: "This shift will split the eastbound motorists into two separate lanes of traffic bordered by concrete barriers. The right lane will travel adjacent to the eastbound lanes and will be able to access all existing exits. The left lane will travel adjacent to the westbound lanes and will bypass the exits to SC-6 and US-1, but will have access to the US-378 exit."

Drivers who will be traveling to SC-6 or US-1 eastbound will need to be in the right-hand lane when the shift begins so they will be able to get off at the exits. The split starts at 53.5 mile marker and ends at 60. Those in the left lane will have to stay in that lane until the shift ends.

Traffic in the eastbound lanes are being push inwards in this shift so construction crews can work on the outside lanes. Signs will be in place to warn drivers when the shift will begin.

The new traffic flow will not affect those traveling westbound towards Augusta. Next year, they will essentially flip the shift to the westbound lanes.

SCDOT says they plan to have the entire project finished by the fall of 2021.

RELATED: Signs on Interstate 77 to be replaced

One concern people have is what will happen when there's a wreck or if a car has broken down in one of the lanes. Chris Bain, the project manager for Zachry Construction, says they have a plan in place for these types of situations.

"With all the first responders, all the different departments of law enforcement and fire and EMS, we talked about all the different scenarios and the access. We're going to be working their 24-hours a day pretty much. On non-work days, we're going to have crews available to respond in order to assist in an event of an emergency," said Bain.

Bain says they'll be able to break barriers to get first responders to where they need to go. Tow trucks will also be on call to quickly move vehicles to keep traffic flowing smoothly. 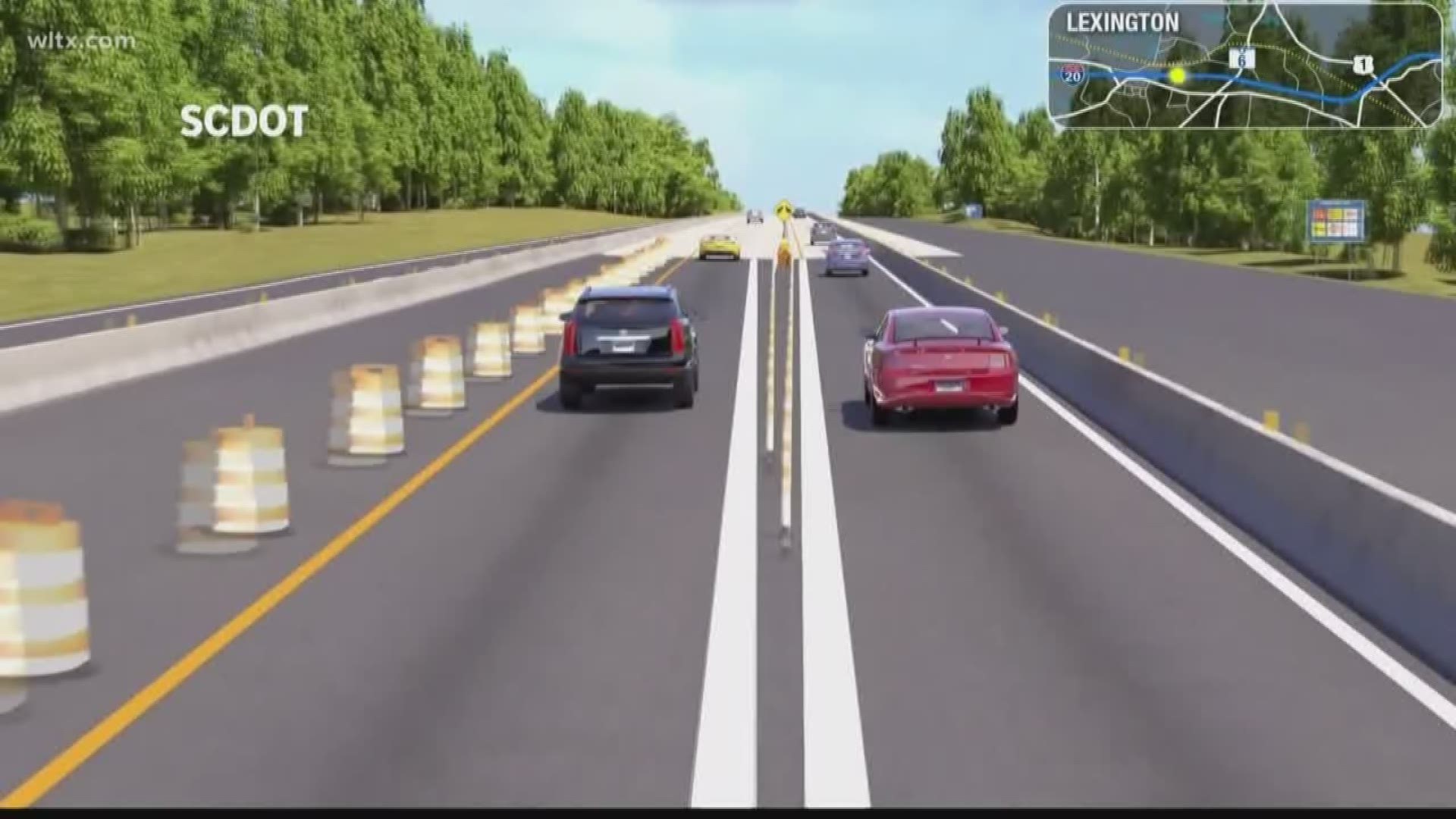 Many people in the Midlands have asked why the construction project has taken so long to complete. Leland Colvin, the deputy secretary for engineering with SCDOT, says this project has had some challenges.

"We had some issues with the pavement conditions on the outside that we had to beef up those shoulders. That has been overcome. We are now shifting what we call our major stage two construction... where the two middle lanes are going to be built in the permanent configuration," Colvin said.

Colvin says the construction company will receive another concrete plant on site to help speed up production.