Bob Caslen begins his term as the 29th president of the University of South Carolina. 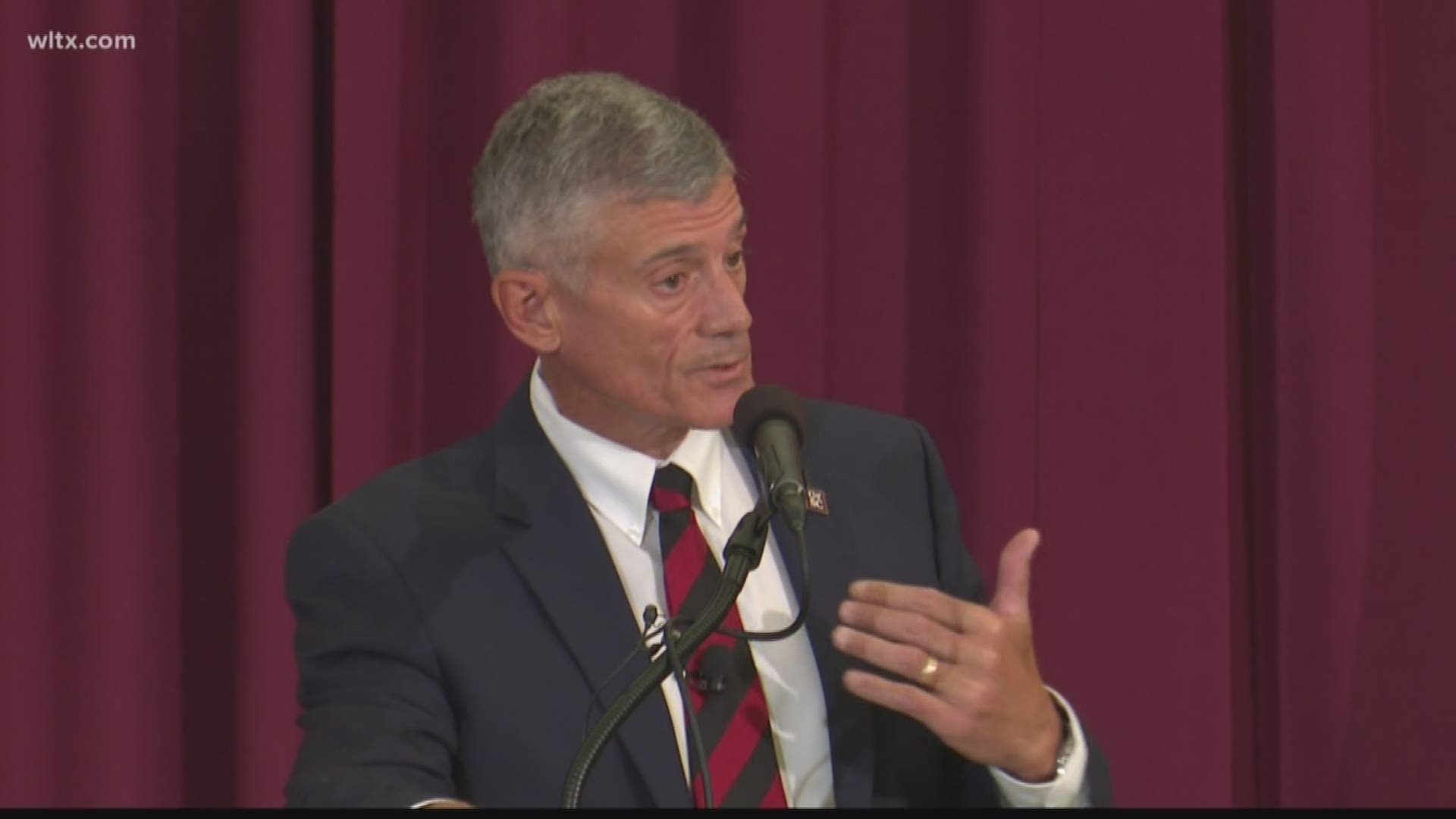 COLUMBIA, S.C. — The University of South Carolina now has their newest president as Aug. 1 marks Bob Caslen's first day on the job. The morning started off with former president Harris Pastides welcoming Caslen and his wife, Shelly.

The new president and first lady had lunch with a group of student leaders to discuss his first steps in the position. USC senior, Jaymee Barbardo, was in attendance.

Barbardo says Caslen spoke on his initiative for the campus, what he wants to do for students, and his 90 day plan.

"He also talked about advocating for student and academic freedom. So being able to say anything they want to say about him, the provost and putting that into the student bill of rights," she said.

When talking with the students, he emphasized his desire to be open and transparent with students in hopes of gaining their trust. Barbardo says he plans on having office hours and Wednesday morning workouts with students on Greene St. He will be handing out "coins of excellence", a military tradition, to students who performs a form of excellence.

When asked about advice Barbardo wants to pass on to students and faculty, she said, "what was done is done. He's voted in, he's our president so instead of complaining or trying to bash him. Work with him. I think working with him is only going to move us forward and progress as a university."

This comes after the recent controversy over the university's process for electing Caslen into the position. Many students and faculty protested against this. One of those protesters was Sawyer McDuffie. He says he is unhappy with the way the situation was handled by the university and government. McDuffie, along with a few other students, met with Caslen last Monday to discuss their concerns.

He says his advice to those who aren't in favor of Caslen is for people to meet him and form their own opinion. Adding that people shouldn't dislike him because of what others say, but to see for themselves.