The agency that accredits the school did not penalize the school for the actions the trustees took in hiring Bob Caslen. 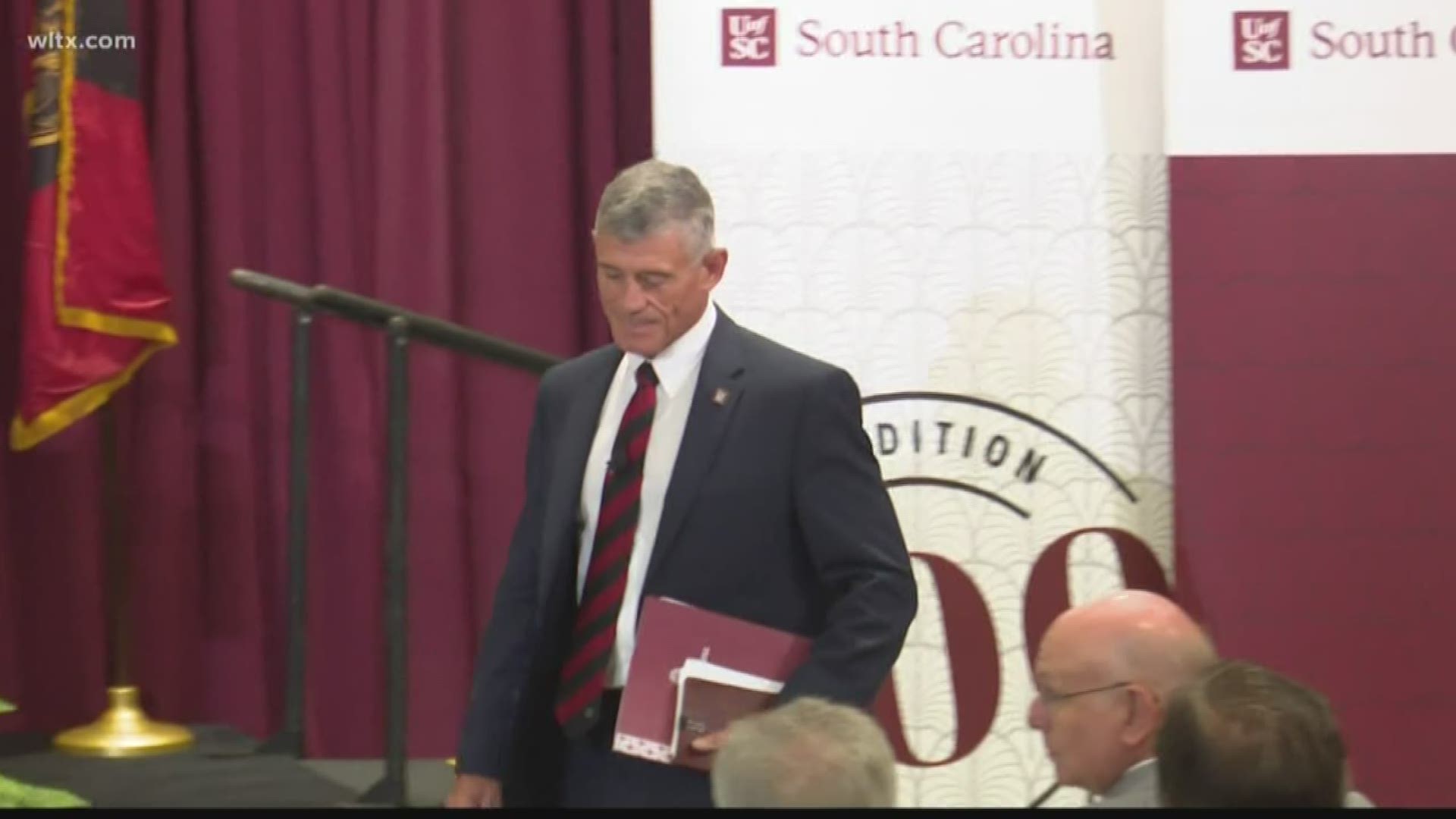 COLUMBIA, S.C. — The University of South Carolina won't be sanctioned for the way the school picked Bob Caslen to be the new president last summer.

The Southern Association of College and Schools (SACS)  announced their decision Tuesday, and that the school received a positive review.

Back in October, SACS told the school ts found "evidence of a significant accreditation-related issue based on information we received," and that there would be a formal review of the Caslen selection process.

"We are grateful for all of the hard work SACSCOC put into its review of university processes and for the work they will continue over the next year," Caslen said.  "We are committed to working with SACACOC - as well as AGB and the entire university community - to strengthen our ethics, integrity, and good governance practices across the Institution. This represents a tremendous opportunity to work together, using feedback from SACSCOC and AGB, to make our university stronger than ever."

A full report of SACS findings was not immediately available.

"We are pleased the SACSCOC’s examination did not find that the imposition of sanctions against the university were warranted," USC Trustees Chairman John von Lehe Jr. said.

However, von Lehe Jr. said there would be some changes coming in how they govern, and that they'd reached out to the Association of Governing Board for guidance in the following areas.

The process of making those changes has already begun, von Lehe said.

“Our Board is committed to taking the necessary steps to enhance public confidence," he said. The university’s students, alumni, and employees deserve no less.”

In July, USC's Board of Trustees chose Caslen to be the new leader of the school. But the selection was controversial, with some faculty and students saying didn't he had the necessary qualifications to be president, and some others who were upset over comments he made linking binge drinking to campus sexual assaults. Ultimately, however, the board voted in favor an 11-8-1 split in the final tally.

RELATED: USC president responds to controversy over his hiring

But during the selection process, one trustee complained that Gov. Henry McMaster got personally involved in the process to force a vote in favor of Caslen. McMaster, a supporter of Caslen's candidacy, denied the claims saying he just wanted the board to come to a conclusion.

The question of McMaster's involvement led (SACS) to ask the school in a letter if it had allowed "undue" outside influence in the process. The school replied that it did not. (The letter was prompted by WLTX's Deep Dive team asking if the agency was looking into those claims.)