He now becomes the 29th president in the school’s history after a contentious debate that often centered around political disputes. 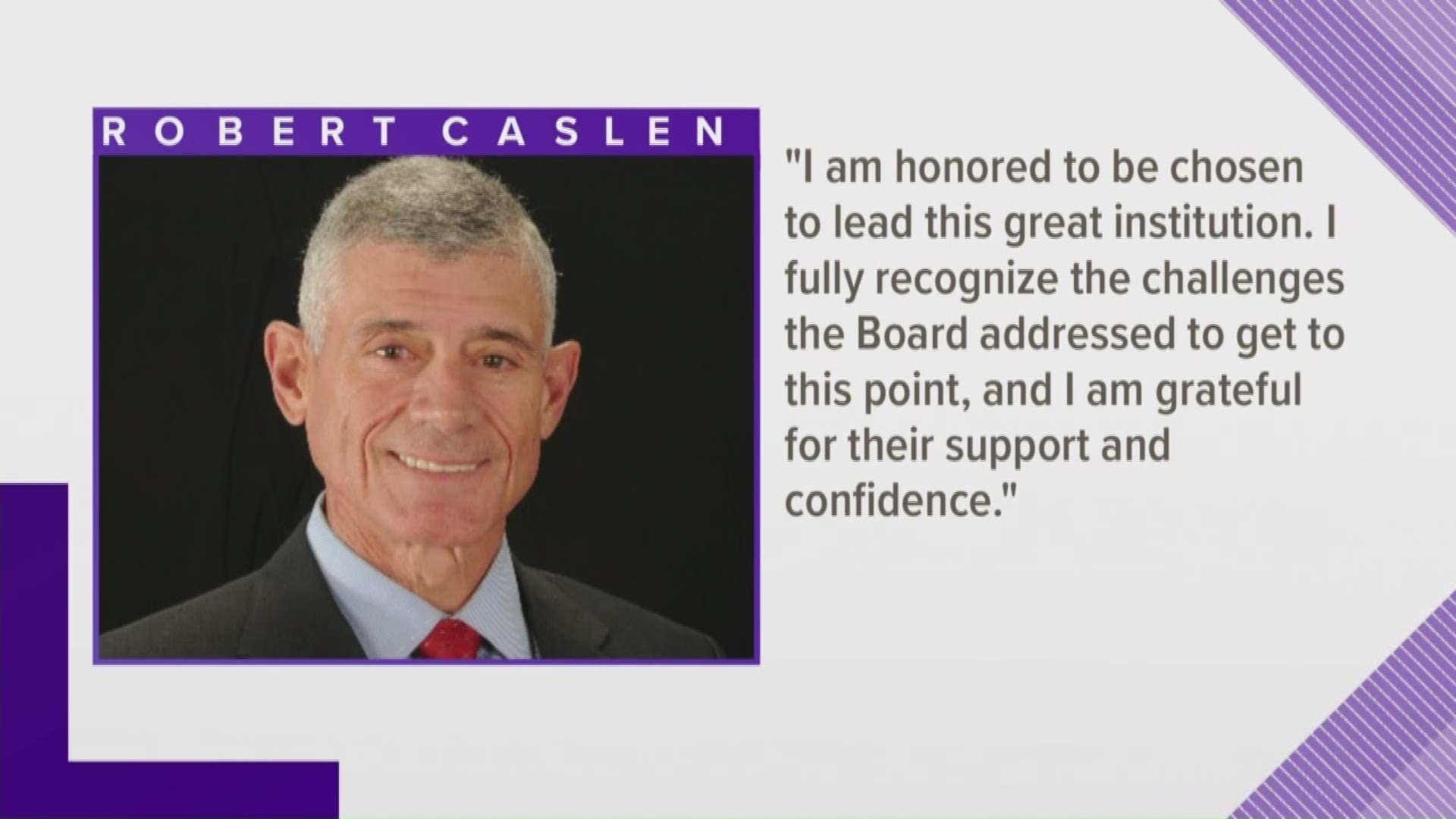 COLUMBIA, S.C. — Robert Caslen has been selected to become the University of South Carolina’s next president, after the school’s board of trustees approved him Friday after nearly two weeks of controversy that highlighted deep divides in the leadership of the school, the alumni, and the state’s political class.

The trustees selected Caslen, a former three-star Army general, in a vote just after 1:30 p.m. The final tally was 11 for, 8 against, and 1 trustee voting present. The trustees had met in a closed-door executive session for over two hours before coming out to hold the vote in public.

"I am honored to be chosen to lead this great institution," he said in a statement. "I fully recognize the challenges the Board addressed to get to this point, and I am grateful for their support and confidence. I will work tirelessly to listen to all of our students, faculty, staff, Board members, and all our constituents to understand their concerns and issues, and I will actively seek their advice. From talking with many people, it is clear the University of South Carolina is on track to be the preeminent institution of higher education in America today, and I will work to move this university and system in that direction, ensuring South Carolina continues to deliver a world-class education to students while making the state a better place to live. I am eager to start meeting with students, faculty and staff, and my goal is to work collaboratively with our entire university and system community to address challenges, to build confidence, respect and trust, and to create new opportunities."

Gov. Henry McMaster, a staunch supporter of Caslen, said the move will help the university grow.

"The selection of General Robert Caslen as the next president of the University of South Carolina is a positive and transformative step forward for the future of the university and the state," said Gov. Henry McMaster in a statement. "I am confident that every student, alumnus, faculty member and citizen of this state will benefit from his superior leadership, vision and direction, which he has demonstrated throughout his remarkable career."

Some students and faculty who gathered outside the meeting room were not as pleased, chanting, "shame, shame, shame" after hearing the decision.

The school's board of trustees began their meeting at 10 a.m. at the school's alumni center in downtown Columbia.  They started by hearing from the school's faculty senate president and student body president. Both of them called for the process of picking a new president to be restarted.

“I fear the board may have responded to undue influence in this process,” USC Faculty Senate Chair Valtorta said. “Politics influence has contaminated this.”

"Students feel they have been left out of this process," said Luke Rankin, the student body president. " We must come together and move forward.”

Caslen is the former superintendent of the United States Military Academy at West Point. But the nomination--and the process to get to the vote--has led to a significant controversy that's embroiled the school, politicians, alumni, students, and faculty.

"This thing stinks with politics," Williams said. "It's absolutely going to destroy this university...and the governor needs to pay the price for this."

The question of Governor McMaster's involvement led the Southern Association of Colleges and Schools Commission (SACS) to ask the school in a letter if it had allowed "undue" outside influence in the process.  If so, the school could face discipline, including the loss of accreditation, although that severe punishment would be highly unlikely. (The letter was prompted by WLTX's Deep Dive team asking if the agency was looking into those claims)

On Wednesday, a group called "Gamecocks4Integrity" held a rally on the USC campus, calling for transparency in the process to pick the president.

Also on Wednesday, a former student of Caslen's wrote an open letter in support of the general.

"He was the Commandant at West Point during my stint as Class President. He worked closely with student leadership, which is where our relationship began. As Commandant, Lt. Gen Caslen was steadfast in his commitment to equal opportunity and adamant about his belief that diversity strengthens organizations," wrote the Mayor of Shreveport, Louisiana, Adrian Perkins.

Perkins' letter continued that Caslen worked to create a more welcoming environment for LGBTQ cadets and spearheaded a sexual assault commission with the NCAA.

The university is replacing Dr. Harris Pastides, who led the school for 10 years. He announced last fall he was retiring, and his final day at the school is set for July 31.