The controversy over Robert Caslen's nomination for USC president has led to one trustee backing off his support. 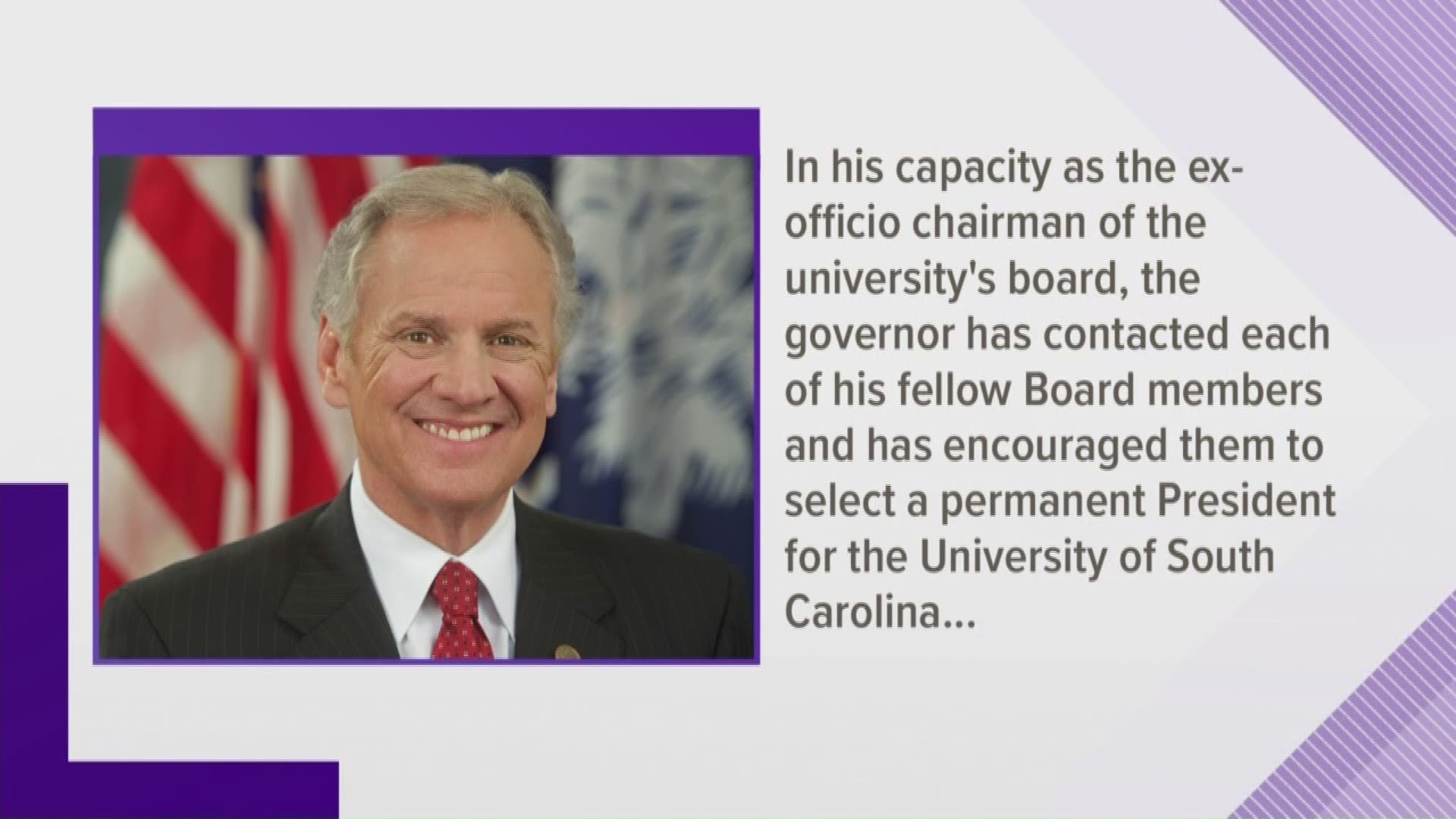 COLUMBIA, S.C. — South Carolina Gov. Henry McMaster is pushing back on criticism of his handling of the University of South Carolina President search, with his spokesperson saying the suggestion that the governor's done something wrong is "preposterous."

McMaster's Communications Director Brian Symmes issued a comment Tuesday afternoon regarding the controversy over the nomination of former Army general Robert Caslen to be the school's next president.

“In his capacity as the ex-officio chairman of the university’s board, the governor has contacted each of his fellow Board members and has encouraged them to select a permanent President for the University of South Carolina as soon as possible," Symmes wrote. "To suggest that the governor, who by law is a member of the board of trustees, did anything improper is preposterous. Governor McMaster has made no secret about the fact, that as a member of the Board, he believes General Robert Caslen is supremely qualified and is perfectly suited to address the challenges ahead for the University of South Carolina.”

When reached by phone Tuesday night, Caslen declined to comment.

Last Friday, the school's board of trustees, which picks the president, was set to vote on Caslen's nomination. But in the days leading up to the vote, USC trustee Charles Williams said McMaster had called the meeting and was pushing for Caslen to be confirmed as president.

Williams also went to court, saying he and the other trustees didn't get five days notice of the meeting. A circuit court judge agreed, and blocked the vote. It's now been rescheduled for July 19.

A letter released to the public by McMaster's office showed the meeting last week had been called by Board Trustee chairman John von Lehe Jr., not him. But the question over outside influence led to The Southern Association of Colleges and Schools Commission (SACS) to ask the school in a letter if it had allowed "undue" outside influence in the process.  If so, the school could face discipline, including the loss of accreditation, although that severe punishment would seem unlikely. (The letter was prompted by WLTX's Deep Dive team asking if the agency was looking into those claims)

Lawmakers continue to be split about if the process has been handled correctly, with Democrats saying it has not been, and Republicans supporting the governor.

“The Governor is a board member on the University of South Carolina and he actually would have the authority to call a board meeting, but in his instance the Governor didn’t call the board meeting to take the vote for the new president," said State Sen. Katrina Shealy, a Republican from Lexington.

"It was actually called by the Chairman of the Board. So, you know, in this letter that we’ve looked at, that was sent from SACS it said— it was kind of making sound like it was political, the Governor called the board meeting, which he didn’t,” Shealy said.

Shealy continued that whomever was playing politics with the University's accreditation was playing a dangerous game, threatening the state's flagship University.

Later, in a tweet, Shealy said she 'hopes' it is Caslen, but it's not her decision.

"On Friday they need to be committed to the open and transparent process that was promised and not push forward with this vote," said Rep. Seth Rose, a Democrat representing a Columbia district that includes the University.

Rose is also a graduate of the University.

"It's going to be extremely harmful and divisive for the university going forward. And I think when the legislature installed them in their board positions, they took an oath, and have a fiduciary duty to do what's best on behalf of the university," Rose continued. 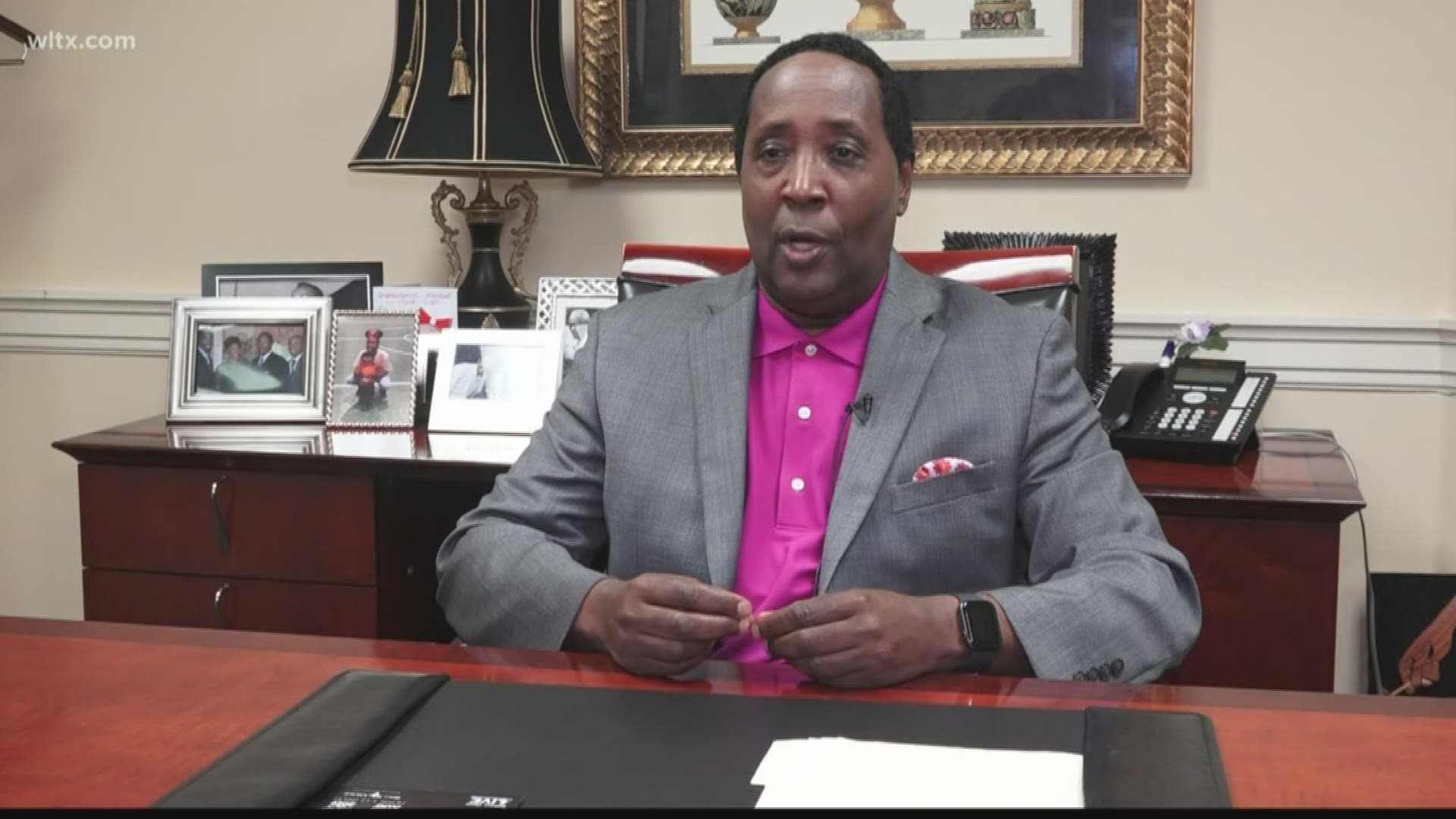 But the effect of the controversy has caused at least one trustee to reverse support for Caslen. On Tuesday, Chuck Allen released a letter late Tuesday afternoon that he sent his fellow trustees outlining his concerns. Allen said that back in April, he full supported Caslen to be the president, and that he was impressed with his impersonation. But he said recent developments prevent him from continuing his support.

"My reticence now stems from the multiple risks of harm the University is now confronted with," Allen wrote. "Alumni objections, accreditation risks, donor reaction, faculty opposition, a divided student body and athletic concerns form the basis of my judgement."

Other than Williams, it's unclear which way the other trustees might vote. Friday's board meeting is set for 10 a.m. 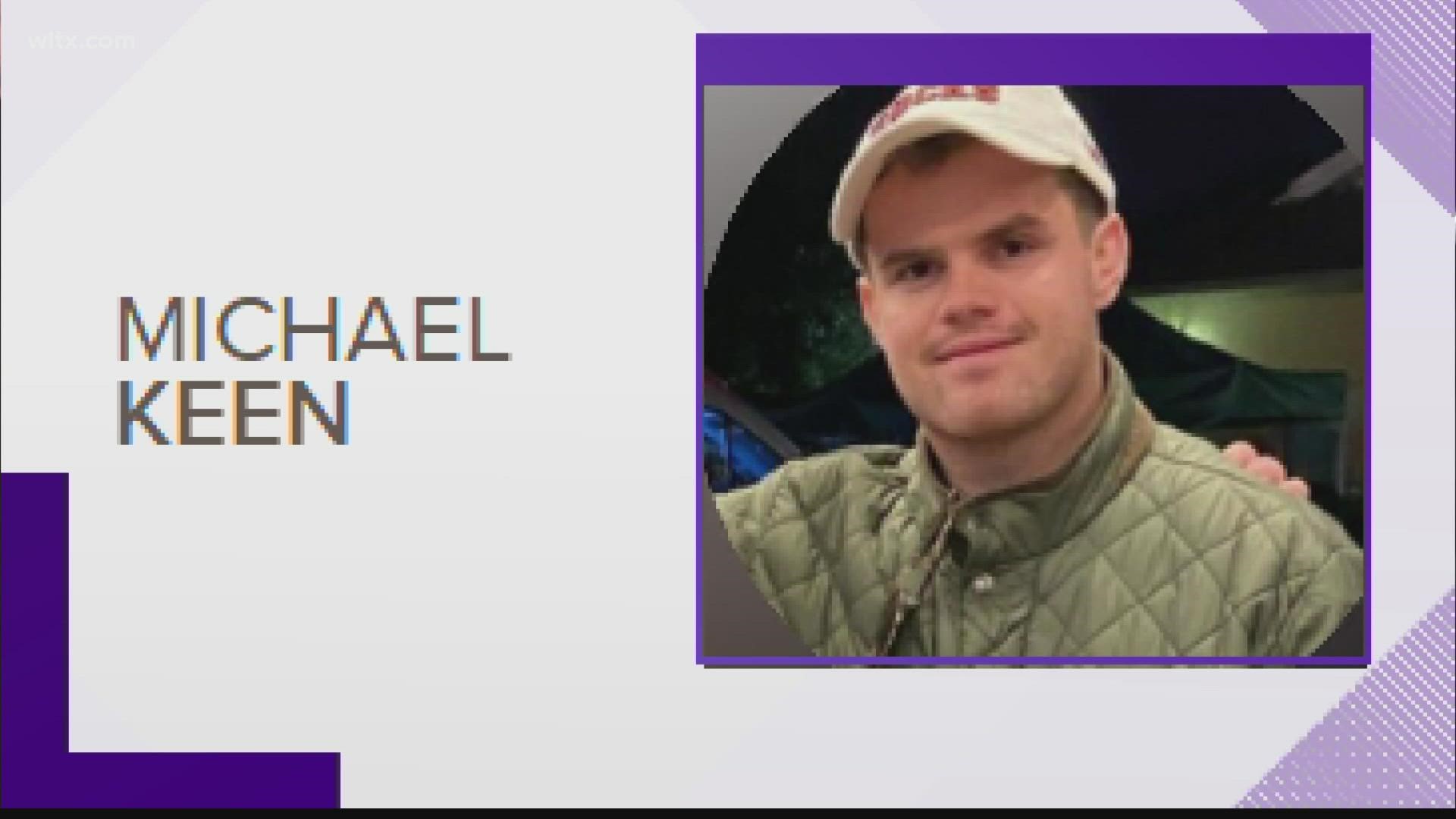