The UofSC band is excited to hit the field for the first game of the season this weekend, last year because of the pandemic, they stayed in the stands. 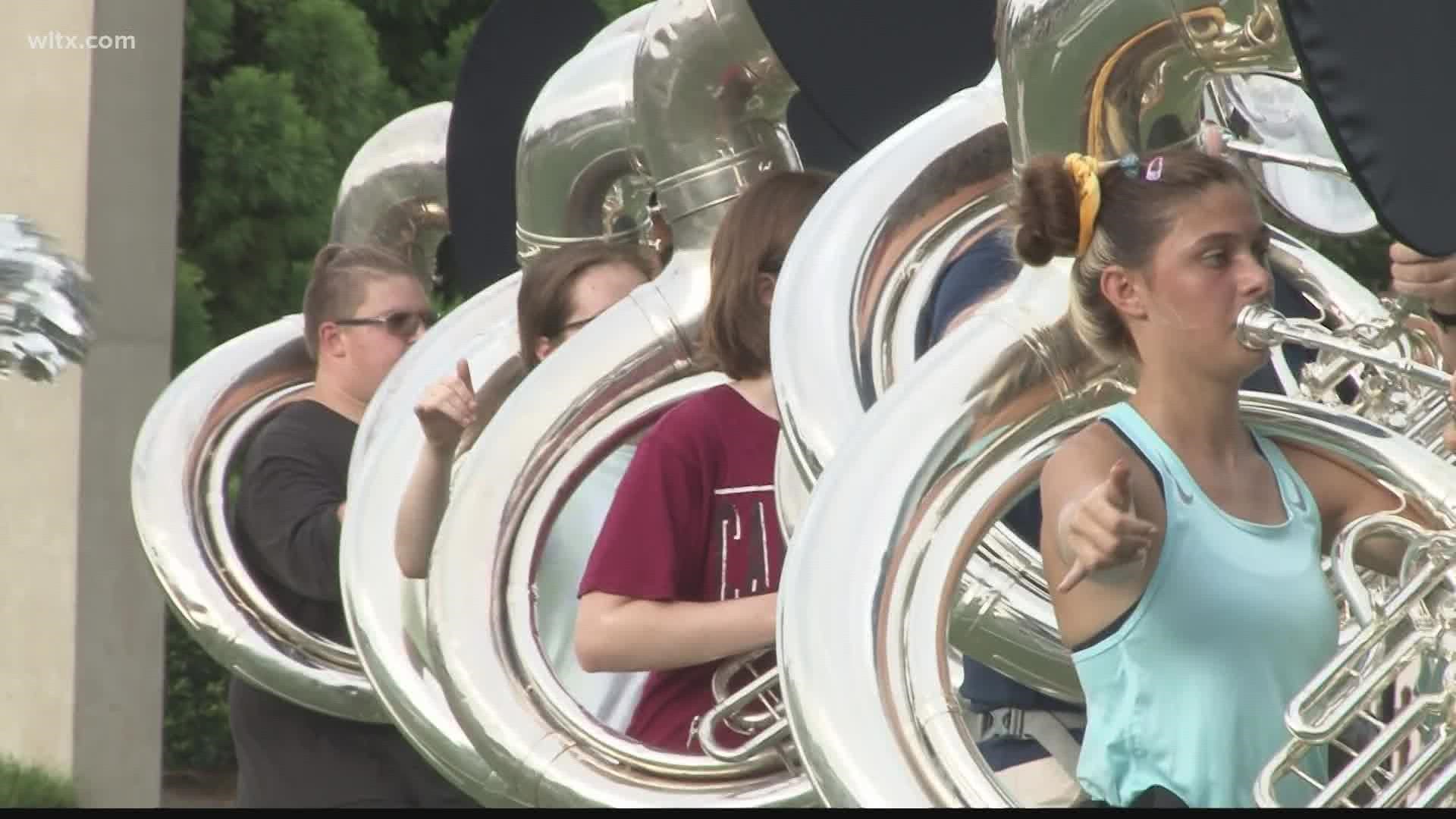 COLUMBIA, S.C. — Fans have many things to do to prepare for game day.

Saturday, September 4th is the Gamecocks first home football game of the season and to say that the University of South Carolina band, 'The Mighty Sound of the Southeast, is excited to hit the field is an understatement.

Last year due to coronavirus protocols the band was regulated to only the stands.

One part of the Gamecock game day experience is the Carolina Band. The band is made up of 350 students; all who are ready to take the field, the first time in years.

"I'm excited for it to come to fruition," said KJ Kearns, UofSC freshmen and trumpet play for the Carolina Band. "Just finally being able to perform in front of 80,000 people. Cause it’s going to be packed, it’s gonna be the first home game that we’re allowed to fill the stands after a year."

Kearns said even with rising COVID-19 cases, he is not worried and ready to perform.

“I’m not anxious about that (coronavirus)  because we’re constantly moving, there's air moving through the place, we have covers on our instruments," Kearns said.

Jay Jacobs is the director of athletic bands at the university. He said the band continues to follow UofSC policies and CDC recommendations for health and safety.

Outdoors masks are not worn but instruments are covered to prevent spread.

"It's called a bell cover and goes over the instrument," Jacobs said. "Most reports that we’ve had with the students of wind instruments playing, the aerosols emissions from the an wind instrument playing is not much different from speaking. So when we’re outdoors again, may not be necessary but we’re looking at using those in the stadium as well just because, again a lot of people in close proximity."

During the game, band members will be in the stands with the crowd.

Jacobs said the Carolina Band also has an athletic trainer to help keep students stay safe and healthy and monitors anyone who is out.

"It’s really great to have an athletic trainer assigned to us. To help with the health of students, to help with both in terms of monitor any type of COVID issues as well as every day to day physical issues and keeping them healthy. The health of our students is our first priority."

Adam Dinkins is a trumpet section leader for the band. He said he is excited to get to play on the field after not being able to last year, due to COVID.

During last season, Dinkins said the band was fortunate to play during the games, but they were only allowed to play in the stands.

"Since the start, our band has had little to no COVID contacts at all," Dinkins said. "Our staff is working hard, our university, and even our president is working really hard, to make sure we are in a safe situation."

He said he feels safe and they are put in a place to be successful. Dinkins also said this Saturday is something many band members have been looking forward to.

"I mean, we have had this date circled for a long time. Especially me on my calendar, this September 4th. We are, especially me, beyond excited to get back and be apart of that game day atmosphere."