The school's largest donor is calling on the school to stop their vote Friday to pick a new president. 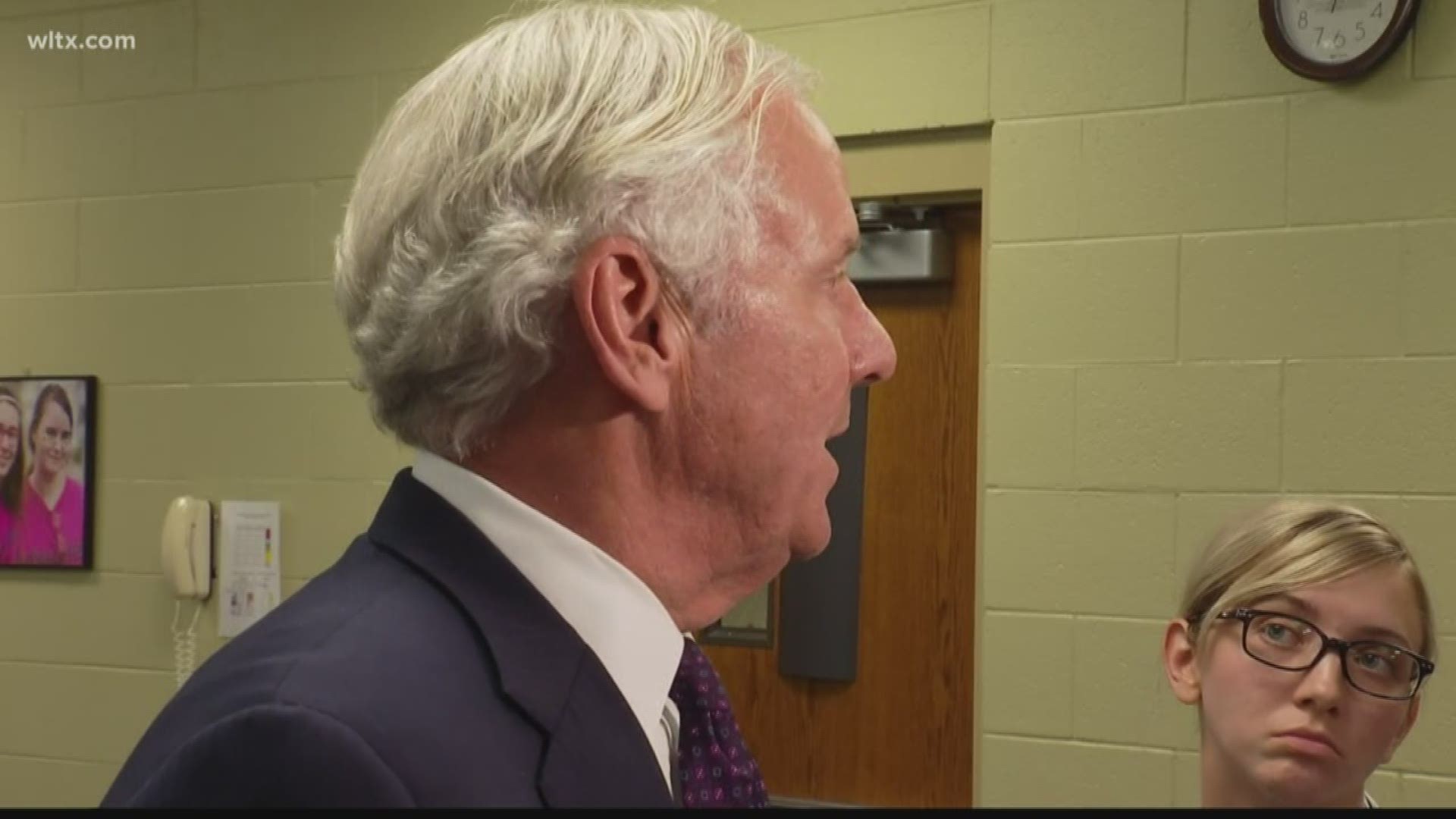 COLUMBIA, S.C. — The University of South Carolina's largest donor is calling on the school to restart their search for a new president, saying the process has become politically tainted.

Darla Moore sent an email Thursday night to Charles von Lehe Jr., the chairman of the school's board of trustees, on the eve of the board's vote on Robert Caslen's nomination to be the new university president. In the letter, obtained by News19, Moore says continuing with the vote would cause "irremediable damage to the university."

"As the largest donor to the university and the namesake of one of the largest schools with a broad national reputation, I’m making a final appeal to the Board to reject the rank political influence in selecting the next President," she wrote. "Notwithstanding the political nature of the Board, the university is an institution of higher learning and the surest way to extinguish it’s integrity is to politicize it."

Charles Williams, a trustee who first raised an issue with the selection process last week, said he agrees with Moore.

"She loves the University," Williams said in a statement to WLTX. "You don't give a 100 million dollars if you don't love it. She doesn't want to hurt the university. Everyone is against the governor and she's the same way, there's no need for this. She wants them to follow the process and that's what everyone protesting this thing is saying.  We were dissatisfied with the process we went through and we want it open."  He later went on to say,  "this thing stinks."

Joe McCulloch, Williams' attorney and the man who helped get the court-mandated restraining order to stop last week's meeting, also weighed-in on the email.

"Darla Moore has sent a message to the Board. It is important and we pray that it will not be disregarded by this Board in the discharge of their responsibilities and their first allegiance to the University of South Carolina and not to the Governor or other outside interests," McCulloch said when reached by phone Thursday night.

The board is set to vote Friday at 10 a.m.on Caslen, the retired three-star general and former superintendent at West Point. When asked by reporters Thursday if he thought there were enough votes to confirm Caslen, South Carolina Gov. Henry McMaster said "yes I do."

McMaster, the ex-officio chairman of the trustees, is a strong supporter of Caslen, and said he doesn't plan to be there for the final vote.

There had seemingly been no movement on the issue until last week, Williams claimed McMaster was forcing trustees to vote on the matter on July 12 . Williams went to court saying the trustees hadn't been given five-day notice of the meeting as required by law. A judge agreed, and blocked the vote.

"I think he's going to win the vote, because I think the trustees who have studied this now since August, almost a year, have been involved in thinking of applicants, encouraging people to apply, they've gone through the process," McMaster said.

But the question of his involvement led the Southern Association of Colleges and Schools Commission (SACS) to ask the school in a letter if it had allowed "undue" outside influence in the process.  If so, the school could face discipline, including the loss of accreditation, although that severe punishment would be highly unlikely. (The letter was prompted by WLTX's Deep Dive team asking if the agency was looking into those claims)