Family and friends are mourning the death of a USC senior who had big dreams that will never be fulfilled. 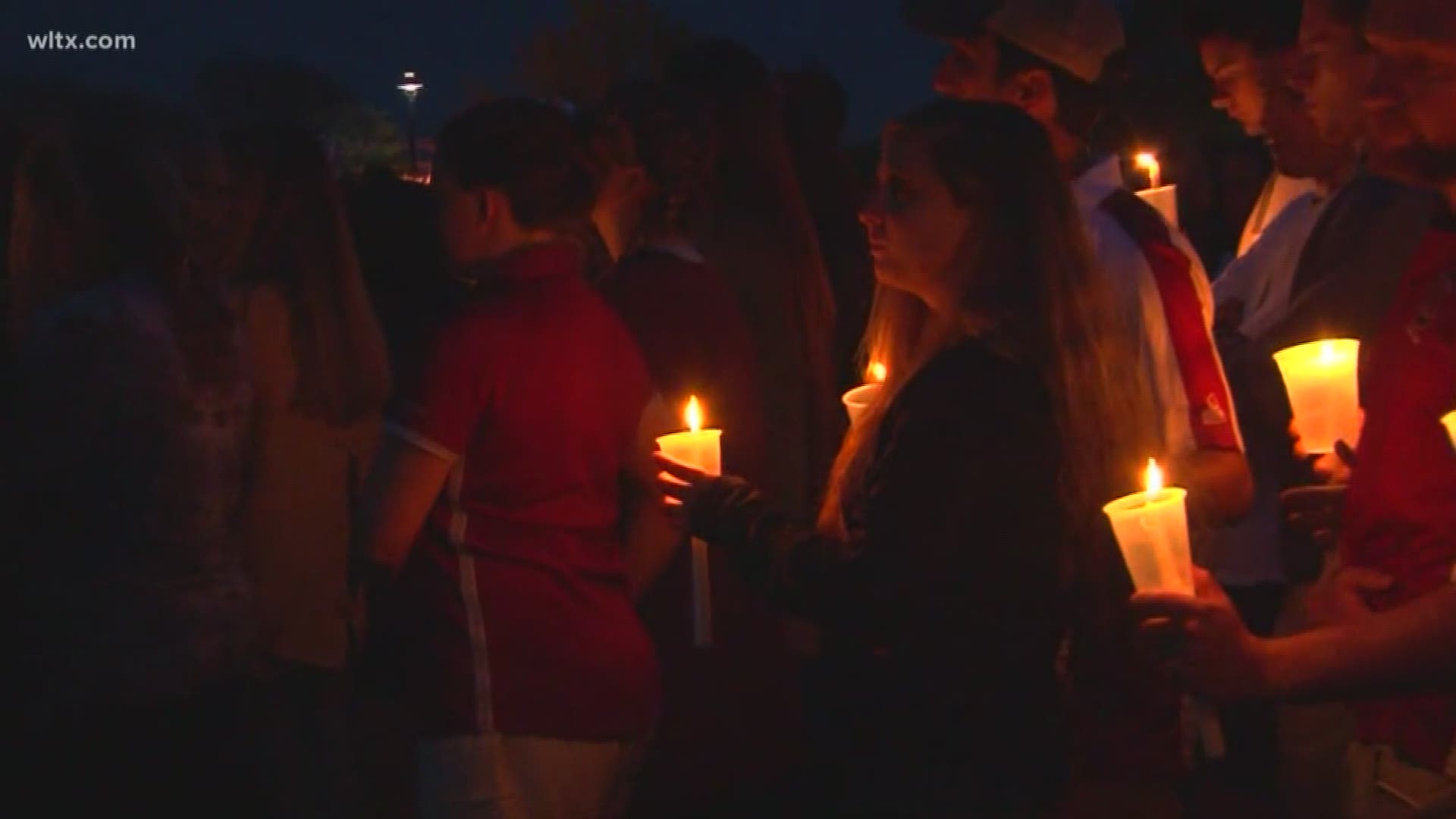 COLUMBIA, S.C. — Dozens came to a field on the campus of the University of South Carolina Sunday to honor Samantha Josephson, the student who was kidnapped and killed Friday.

Several members of her family, including her mother, father, and sister were there, as were her friends from college.

"We loved Sami, and this is the hardest thing, but it's important that we all do this together," one of her friends said.

A local rabbi told the group it was tough to come up with any words of comfort; instead, he urged people to focus on their memories of Samantha, which he said were filled with energy, passion, and love for her family and friends.

"The fact that we are at this vigil is unthinkable, unimaginable, unspeakable," he said. "In what universe does it make sense that we are standing at this young woman's vigil?"

Samantha was graduating in May, and was headed to law school at Drexel University in Philadelphia in the fall.

Many speakers couldn't hold back the tears as they spoke. Samantha's boyfriend told the group at the vigil that she was a force of good. He said they'd known each other for four years, and were planning a life together.

"She truly was the love of my life," he said. "I saw such a clear future with her. I thought I had my future so perfectly planned out."

He said their last conversation was on Facetime just hours before her death. He said he gave her one last message: "That I was her person and that she loved me and she could truly be herself around me."

Her father, Seymour Josephson, spoke about her use of Uber, and how she mistakenly got into what she thought was her ride. He said he wants everyone to make sure they use good safety, and plans to urge Uber and Lyft to do more to educate their riders about precautions.

"I don't want anyone else to ever go through this again," he said. "I can't tell you how painful this is."

But he wanted the crowd to know that his daughter, a New Jersey native, had enjoyed her time in South Carolina and at the university.

"She absolutely loved it here," he said. "She was a Gamecock.

RELATED: Samantha Josephson murder: what we know now about the USC student's death

The vigil came a day after police announced the death of the 21-year-old student after being kidnapped from Columbia's Five Points district.

"Our hearts our broken," Holbrook said. "There is nothing harder than to stand before a family and explain how their loved one was murdered."

"Our prayers are with the family and friends of Samantha Josephson following the devastating news of her death. Times like these leave me searching for words of wisdom and comfort. However, I take solace that the Carolina Family is here to embrace those who are hurting."

Columbia police say Rowland kidnapped and killed the University of South Carolina student who mistakenly got into his car thinking it was her Uber ride.

Related: USC student got into wrong car, was kidnapped and killed by suspect, police say

Police confirmed Saturday evening that Josephson's body was found some 70 miles away in Clarendon County.

University of South Carolina President Harris Pastides told students in a letter that their "safety and well-being" is the school's "number one concern." Pastides goes on to say "Mental health is our highest priority, and we will continue to direct resources toward mental health support and care."