What happened & what's on the horizon in Midlands dining, shopping 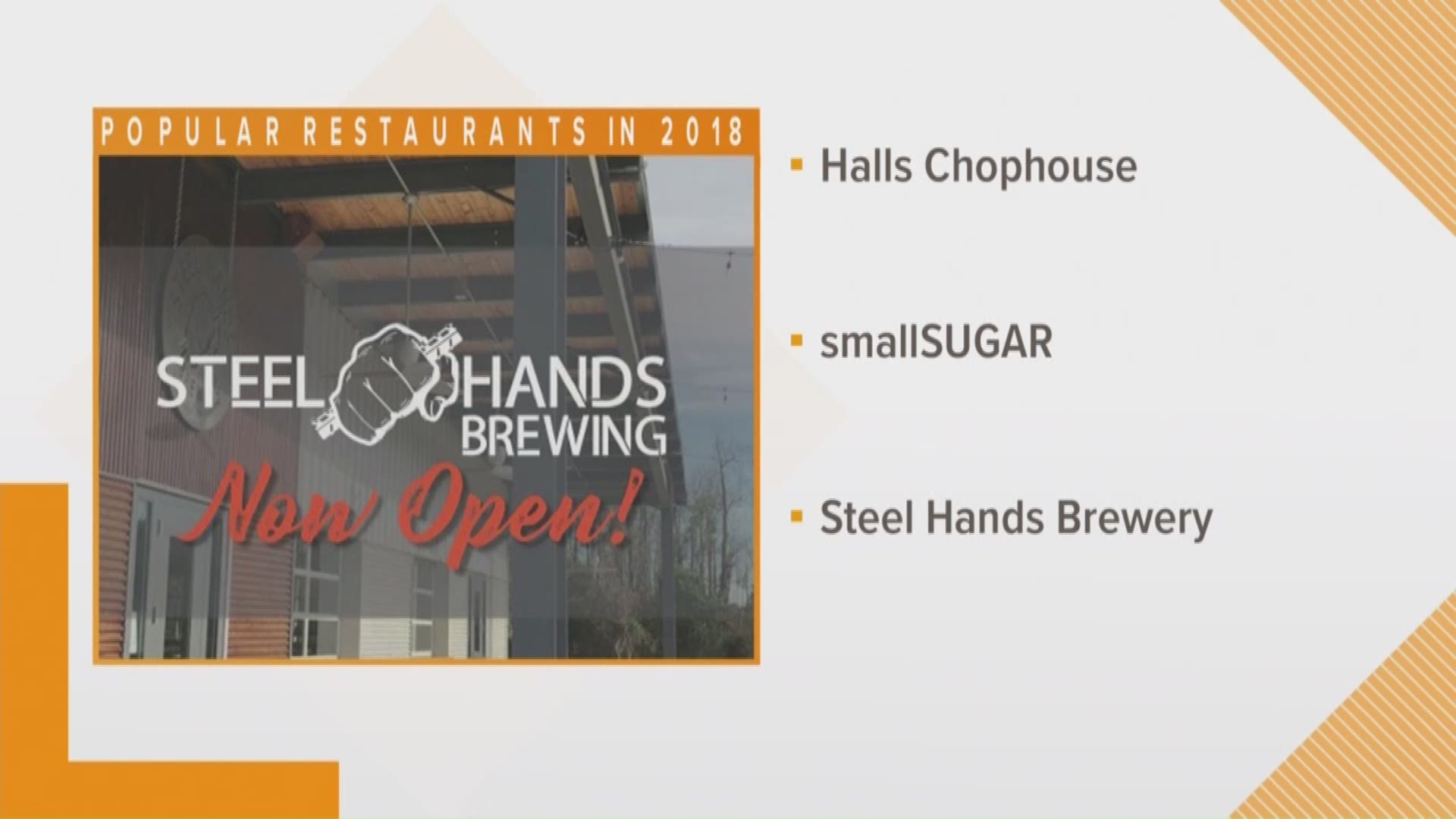 While may of you may be happy to see 2018 fade into the history books, there was some good things to come out of last year. And 2019 seems to be getting off to a good start.

Here is a list -- not comprehensive -- of retail and restaurants that opened in the latter part of 2018, and a glimpse of what's to come.

Hall’s Chophouse on Main Street. The long-awaited, high end steak house known for its service opened in the former Oak Table location at the corner of Main and Gervais, across from the State House. Hall’s doubled the size of the original restaurant space, leasing an adjacent 4,500-square-foot space for private dining and special events

Citta del Cotone serves Neapolitan style pizza in a small space in Columbia’s Cottontown neighborhood. The restaurant features uniquely Italian wine and beverages and a wood-fired oven that can bake a pizza in 90 seconds. 2150 Sumter St.

Rare Variety Café, at 4622 North Main, is a vegan restaurant that owner Keith Alexander hopes to be the center of a community food hub. Plans call for opening a fresh food market and meeting place next door to the café. Alexander and Bonita Clemons are growing ingredients for the restaurant on site in a series of raised beds.

READ MORE: New North Main restaurant to feed the mind, body, and soul of the community

Bayleaf Eclectic Indian Cuisine, 530 Lady St., features a mix of Indian cooking styles, every dish is made from scratch. Open seven days a week, there are vegetarian options available.

Steel Hands Brewing. 2350 Foreman St., Cayce, is the largest brewery in the Midlands boasting a 2,500-square-foot taproom, outdoor gathering space with a stage and seating, restaurant, and room for expansion. Opening in early December, the brewery features live music on Fridays. Oh, yeah, and ales and lagers.

Ruby Tuesday on Devine Street, in front of the Gamecock BiLo closed abruptly in December. Plans are for the building to be razed and a mini-strip mall to take its place. No new tenants have been officially named but there will be space for a restaurant, dentist’s office and a third space

White Duck Taco Shop at The Mills on Whaley closed right before Christmas, citing financial reasons. The Asheville-based taco shop opened in 2016 and served tacos made from fresh ingredients and unique combinations such as pork belly and watermelon, a mole-roasted duck, and the signature Bangkok shrimp.

Delaney’s Music Pub closed in November after 20 years in Five Points. The place was known for serving up authentic Irish pub grub and featuring live music.

Hendrix at 1649 Main St. is an upscale dining establishment that will feature a rooftop bar. The restaurant is still in the soft opening stage but hopes to open the first Thursday in February.

Home Team BBQ will be a welcome addition to the Five Points scene. The Charleston-based eatery is locating in the former Harper’s restaurant in the heart of Five Points, at the intersection of Harden, Santee, and Devine streets. Owners are planning to open before St. Patrick’s Day.

Black Rooster is Kristian Niemi’s French bistro concept at the new Brookland development on Meeting Street in West Columbia. The food is inspired by Niemi’s travels through France. The restaurant will feature a rooftop bar. No firm opening date is set, but Niemi is hoping for late March/early April.

Kiki’s Chicken and Waffles, owned by Kitwanda Cyrus and husband Tyrone Cyrus, will open a second location at 1260 Bower Parkway in April. Kiki served presidential candidates Hillary Clinton and Joe Biden during their campaign tours in 2015, and Nikki Haley named Cyrus a SC Chef Ambassador in 2017.

Primal Gourmet in Irmo will open a second, larger location in West Columbia. The meal plan/grab-and-go business features fresh, locally sourced ingredients and an ever-changing menu. The new location will have a dining area and a market featuring fresh vegetables, meats and fish. Opening in May.