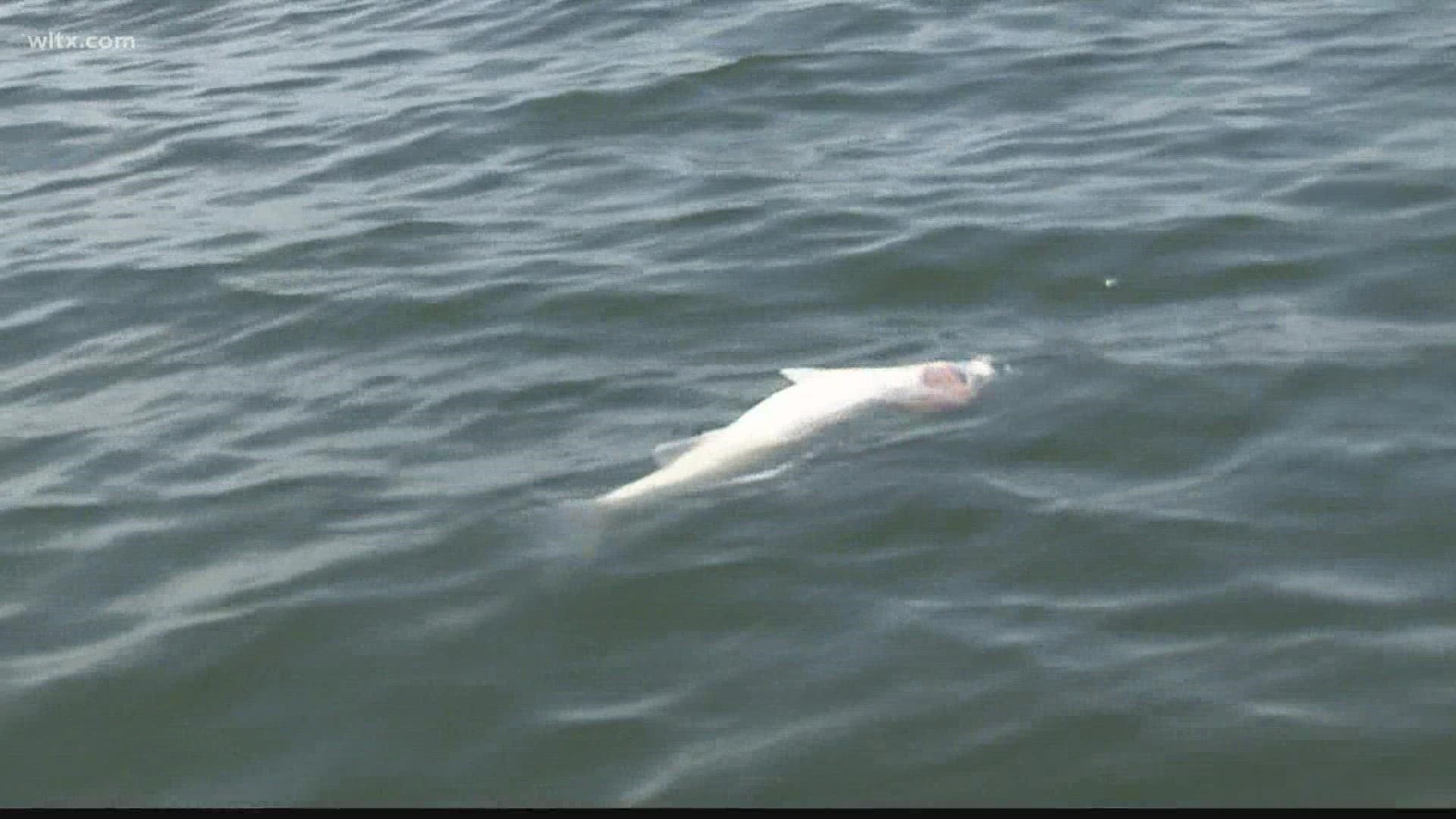 LAKE MURRAY SHORES, S.C. — Boaters on Lake Murray may begin to see dead or dying bass in the water in the next several weeks.

Summer-time striped bass die-offs are associated with a water-quality phenomenon known as the “temperature-oxygen squeeze” that occurs in many reservoirs in the Southeast where striped bass are stocked.

At Lake Murray, this type of fish kill generally occurs during the latter part of the summer and varies in magnitude from year to year.

Similar summer die-offs have occurred at Lake Murray since 1973.

Each summer Lake Murray becomes stratified into several water layers that have cooler temperatures as you go deeper and various levels of dissolved oxygen, which fish need to survive.

As summer progresses, temperatures in the upper layer exceed those preferred by striped bass and some fish become confined to the deeper and cooler waters of the bottom layer. As the oxygen levels in the deepest layer are depleted through natural processes the fish become stressed due to the lack of sufficient oxygen. When conditions persist, many of the stressed fish will eventually die.

Live-caught fish are safe to eat, despite the die-off, and therefore SCDNR encourages anglers to keep fishing.

Anglers are encouraged to harvest their legal catch (five striped bass) as most striped bass will not survive being caught and released during summer.