Harris Farms typically sells to five grocery stores, but as the pandemic brought sales to a halt, Harris shifted from selling to donating the farm's produce. 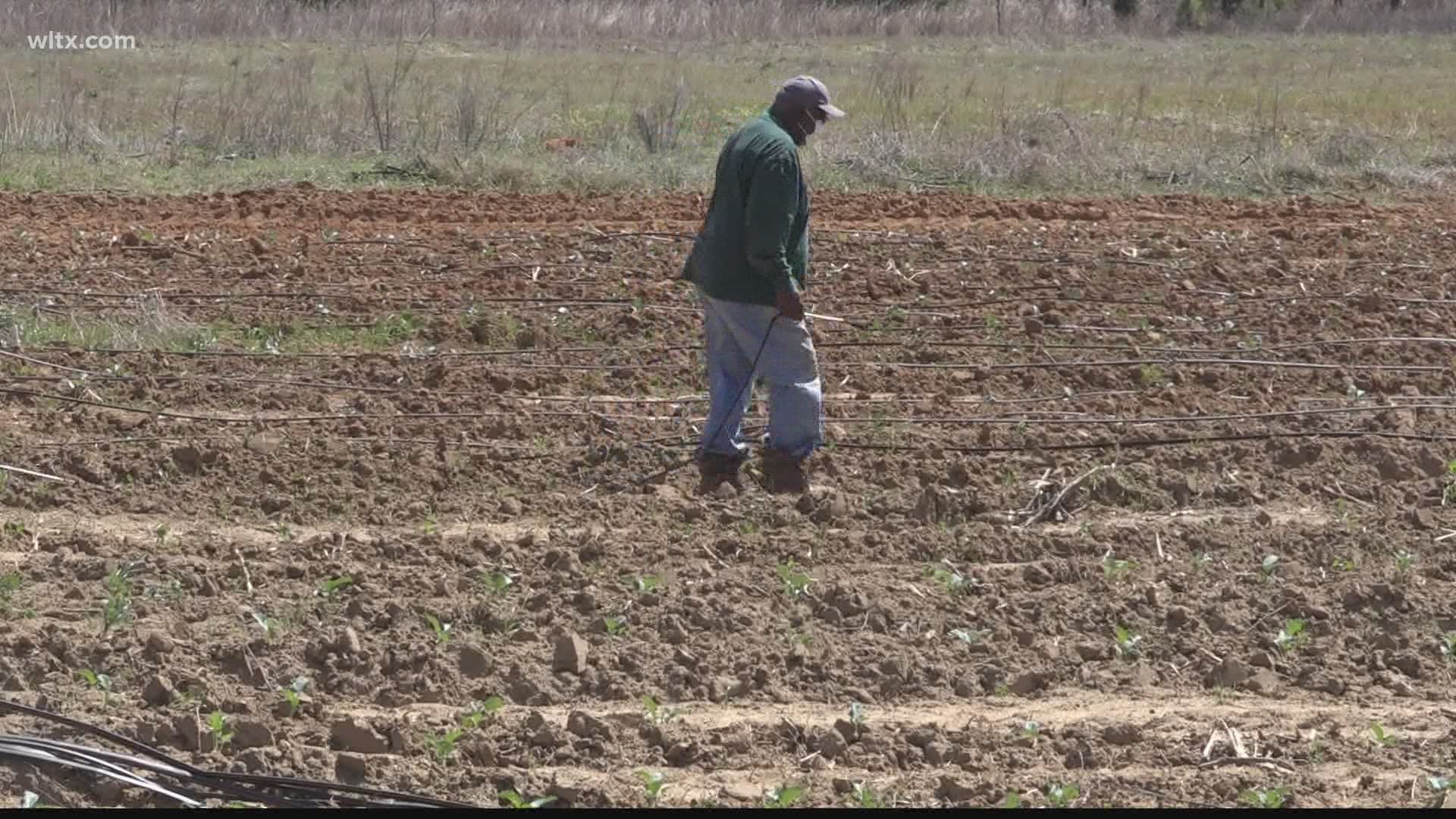 SUMTER COUNTY, S.C. — In a couple of weeks, watermelon seeds will be planted at Harris Farms.

By summer, watermelons will be ready to sell by the truckload.

In our series "Surviving COVID: Farm to Table", we explore the effects of the pandemic on Midlands farmers and restaurant owners. For this story, we followed around Larry and Janie Harris on their 40-acre farm in Sumter County.

As soon as we arrived, the Harris Family took us inside their green house, where they were propagating trays full of watermelon seeds.

RELATED: 'It was a really scary time': Columbia restaurant on brink of closure fought to stay open

"They'll all be ready by the 4th of July," said Janie. "We can sell two truckloads in a day."

Larry is the President of Carolina Vegetable Co-Op, comprised of 15 members from 8 area farms.

Last year, as he tried to sell the co-op's produce, he says the buyers weren't coming.

Sales for farmers in his co-op dropped by 75% or more.

"Some of them were selling to some of the restaurants, but they did not have the marketing savvy or skills necessary," he said. "The average age of the farmers are like 65 to 70 years old."

Harris Farms typically sells to five grocery stores, but as the pandemic brought sales to a halt, Harris shifted from selling to donating the farm's produce.

RELATED: How COVID-19 impacted farm-to-table operations in the Midlands

"When you're losing your jobs and losing your income, you're not capable of buying," said Larry. "I was trying to just help a person to survive."

On a sunny afternoon, we watched the Harris Family work to grow a fresh crop.

Their sights are set on a more prosperous year.

"We have to make sure we're working together and doing what we can do to support one another," said Larry. "This way, we'll be able to support the community."

For this farm, they're sowing seeds of faith to feed you and your family at the table.