The Blanding family says after their loved one was in a car crash, a child took charge of the scene and likely prevented more serious injuries. 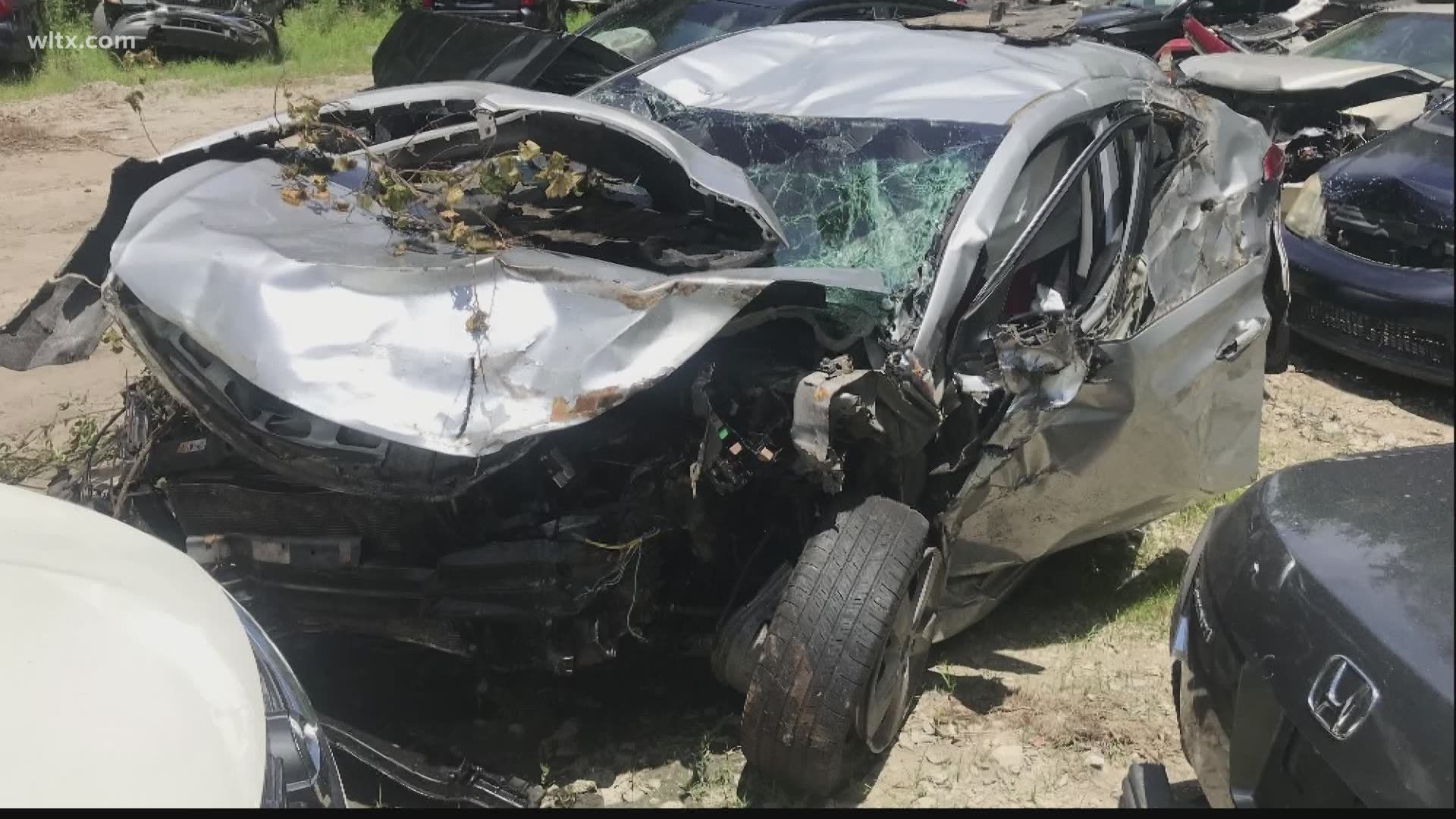 COLUMBIA, S.C. — A Midlands family is hoping you can help them find a young child they are calling an "angel".

The Blanding family of Sumter says shortly after their loved one was involved in a car crash, a young boy took charge of the crash scene and according the the family, likely prevented more serious injuries.

"If they didn't believe in God, after hearing this situation, you would have to believe in some type of higher power," said Cornelius Blanding, whose brother Camron suffered multiple injuries following the crash.

Cornelius says the family is hoping someone can help find this young man so they can thank him for his bravery.

"When the accident happened, the only thing I could think of was not dying," said Camron Blanding, 22, who says he's grateful to be alive.

Camron and Cornelius spoke with News 19 over Zoom.

Camron is currently in a rehab facility where he's working to regain strength in his legs following a broken femur and fractured hip from the accident.

It all happened on June 27, after a weekend in Charlotte with his cousins, Camron was involved in a two-car crash on his way home to Sumter.

His car flipped into a ditch off Highway 601 and Screaming Eagle Road close to 4:30 in the afternoon.

"The car flipped three times and it wound up hitting a tree to stop," explained Cornelius. "When the accident happened, God was all in it."

Cornelius says a member of his same church happened to witness the crash and immediately ran over to help.

When the church member got closer to the scene, he says a young boy was already in the ditch helping Camron.

"The 9 to 13-year-old kind of just took charge of the situation," said Cornelius, who was notified about the details of the crash from his church member. "[The boy] was yelling at the people to call 911, he assisted in pulling my brother out of the car. Once our brother was out of the car, [the boy] said my brother was saying he could not feel his leg, so he told him, 'You don't wanna move him anymore because you don't want to agitate anything'. This came from that 9 to 13-year-old," said Cornelius. "Even down to the wait for the paramedics, they said [the boy] held my brother's head in his hand as he was bleeding from his head, held his head to stabilize his body."

Camron says he was so in shock after the crash, he doesn't even remember the young boy.

"I didn't feel anyone touch my head," he explained. "I'm just as shocked as anybody else. I'm just thankful [the young boy] did that and that he had the courage to come down there. People his age would probably be scared."

"That's why we truly believe this young man was [Camron's] guardian angel," Cornelius added. "Angels, you don't know they're there, but they're there."

Their church member told the family the boy was wearing basketball shorts, a t-shirt and cap.

"He was a younger white gentleman," said Cornelius, who was told the boy was accompanied by his mother.

The Blanding family hopes to meet the young man in-person to commend him for his courage, because Camron says without it, he may not have survived.

Camron is hoping to be out of rehab before the end of this week. He told us he's on a football scholarship from Shaw University in Raleigh and he's looking forward to playing again.

He says doctors expect him to make a full recovery.

If you can help identify this young man described in this story, give us a call 803-776-9508. News 19 would love to connect him with the Blanding family.

"We feel the world needs to hear this because there is a message in it. Love your family while they're here," said Cornelius. "You don't have to know somebody just to be kind, to be a Good Samaritan, to be their guardian angel."