Sumter firefighters are trying to put out a large fire at a warehouse Friday morning. 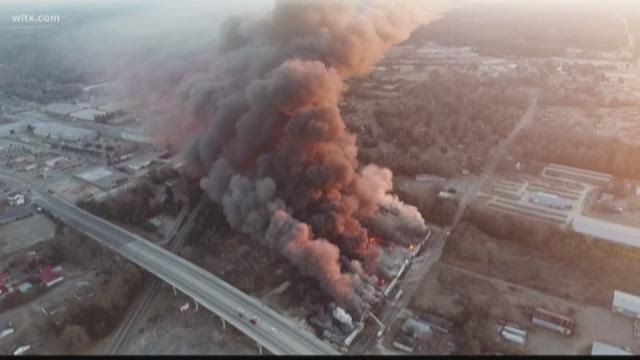 Sumter, SC (WLTX) - Sumter firefighters spent most of their Friday containing and putting out hotspot of a massive warehouse fire that caused almost $2 million in damage.

Sumter fire crews were called to the scene near Hauser and Magnolia Street around 4 a.m. Authorities say the warehouse was fully involved by the time they arrived.

Video taken by News19 showed flames consuming the structure, and they did not begin to die down for almost five hours.

The building is a total loss. 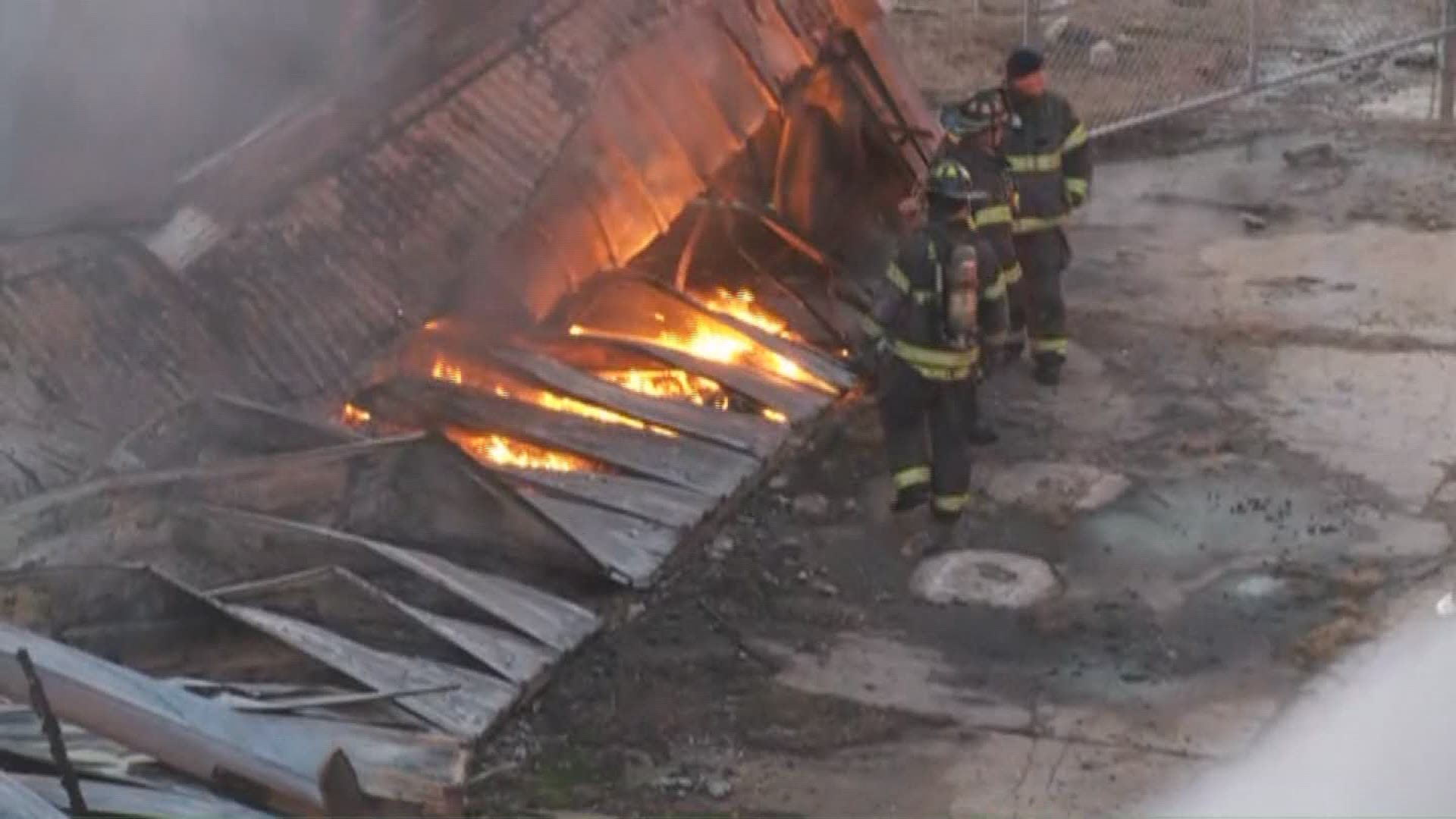 The smoke from the fire was so intense, it could actually be seen on satellite radar. The National Weather Service in Wilmington tweeted out a video that showed the large plume moving toward Florence.

A large warehouse fire near Sumter, SC is showing up on shortwave infrared satellite images this morning. The smoke plume is blowing eastward, and could mix down to the ground later this morning across parts of Florence and Marion counties. #scwx #NWSILM pic.twitter.com/qxtwm9O21L

Sumter Fire Chief Joey Duggan says the building was holding carpeting materials and is owned by a local businessman. 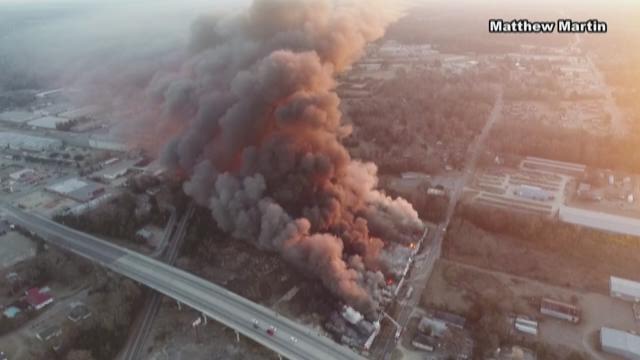 Fire crews will has to rotate crews throughout the day and into the night to make sure no hot spots came back.