Local business owners are taking a hit, some saying they're struggling to find stock. 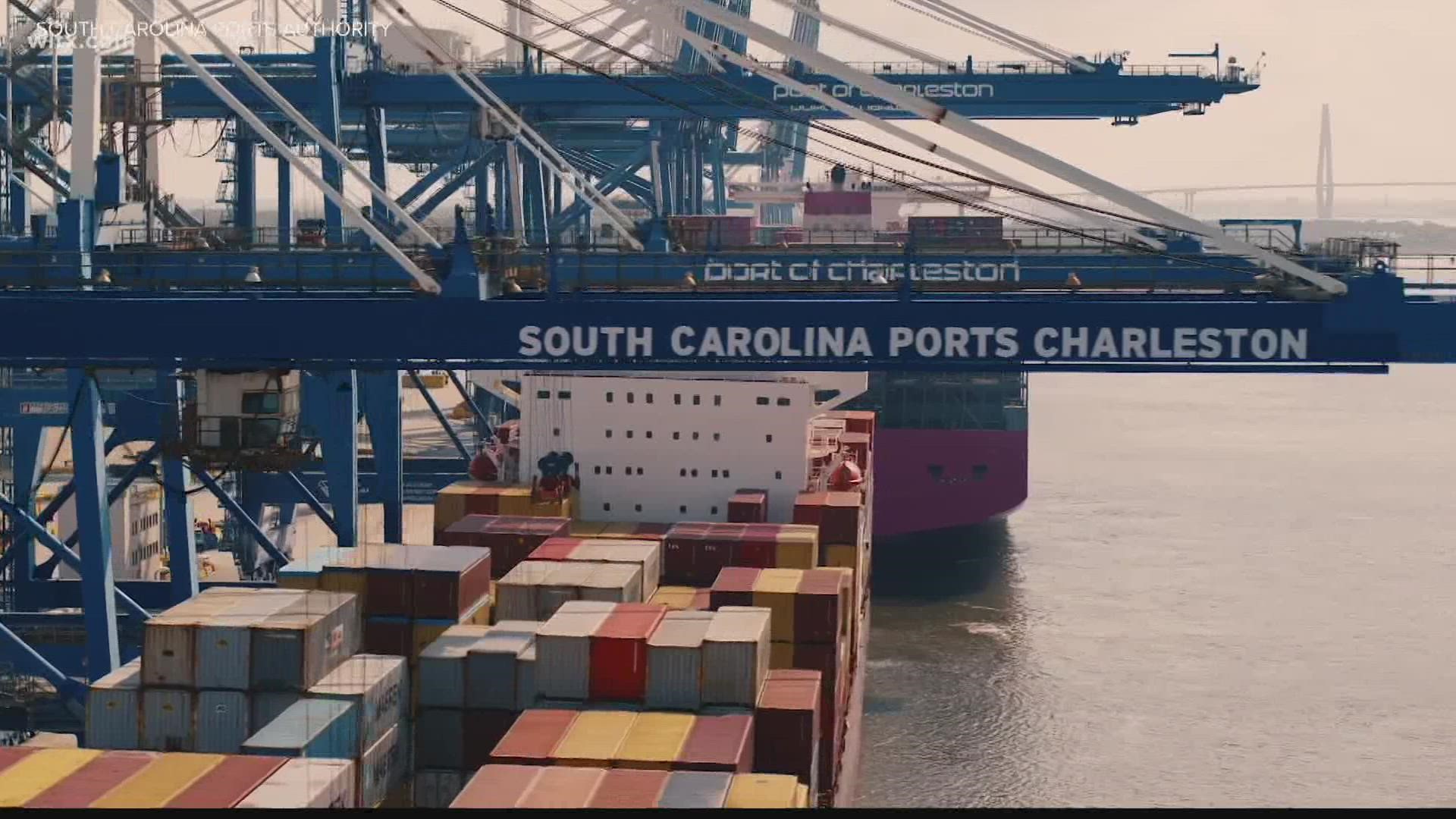 COLUMBIA, S.C. — The supply chain crisis isn't just being felt across the country, it's being felt right here in the Midlands. Local business owners are taking a hit, saying they're struggling to get stock.

It's because the nation's ports are at capacity, as containers continue to pile up at ports across the country. Those ships unloading also come in to the Port of Charleston. Jim Newsome, President and CEO of the South Carolina State Ports Authority says, "Our buy ins are up 15-20% compared to 2019."

Newsome went on to describe the impact of crisis at the port. "This time last year, if you counted all the loaded containers, imports and exports and empty containers on our terminal, it was about 40,000. Today its 60,000."

SC Ports kicks off FY22 with a record Q1 as the Port of Charleston handles more retail goods than ever before. #SCPorts handled record container volumes and retail imports in September. Strategic investments in capacity are #keepingfreightmoving. https://t.co/JQJTfyC4Fs

Newsome says people are waiting nearly double the time longer to get their products. "The average is eight days today for pick up. It should be four days … then when its picked up, the container is out for 15 days when it should only be eight days."

Newsome says the pressure on the supply chain is due to trucking and labor shortages and distribution capacity. "Importers are buying record amounts of goods from China and other sources."

RELATED: Trucking industry facing a hiring and retention crisis, with the busiest time for shipping just weeks away

"There are just not places in the supply chain to put the cargo," Newsome says.

Justin Sims, owner of Sims Music, says he's can't get acoustic guitars. "We needed a guitar we'd have in a week for you, now we've had to order years out."

He says he's had to order stock well into the future, "We've got hundreds and hundreds on order, so hopefully they'll show up soon... Some of them aren't expected to get here till 2023 or even 2024."

RELATED: How soon do you need to buy to avoid shortages?

"Anything from Europe seems to be very, very difficult to get, anything from Asia," said Cook. "For our particular restaurant, sparkling water from France and French wines."

According to Newsome, the solution is to hire more truck drivers and invest infrastructure. "We've got to address some key things, such as the number of truck drivers, the age of the chastity fleet … if we are going to get out of this."