Frederick Hopkins is currently being held at a medical facility, but was expected to be released by the end of Friday. 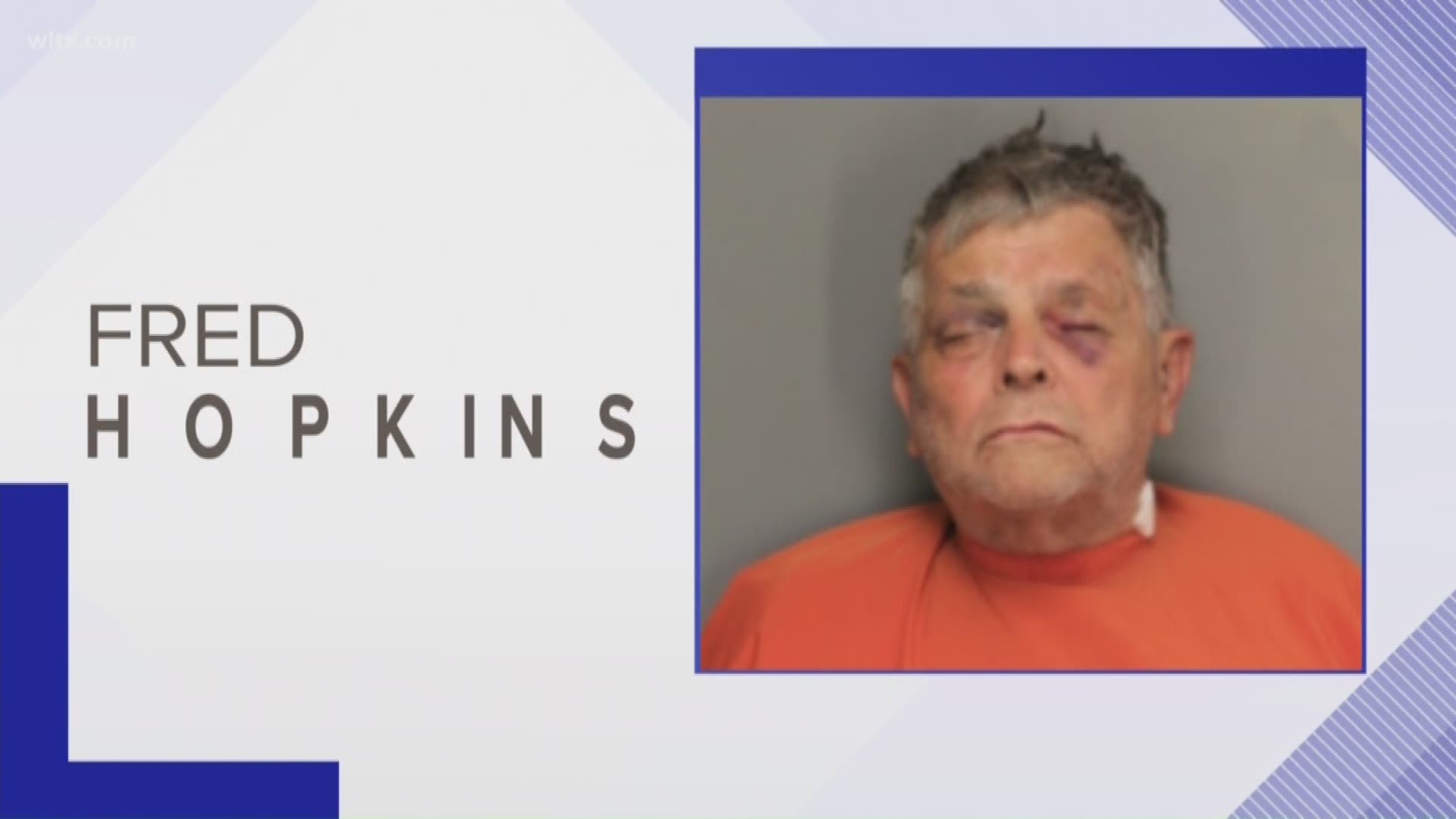 Friday afternoon, Hopkins appeared in court for the first time for a bond hearing. The judge at the hearing deferred bond, however, because the charge has to be heard by a circuit court judge. Hopkins attempted to ask for a state appointed attorney, but the prosecutor objected. The solicitor's office said it wanted to see Hopkin's financials before making a decision.

The suspect will next be transported to the Richland County Detention Center in Columbia until his next court appearance.

The injured officers have been identified as the following:

Lott clarified Friday that three Florence County deputies had gone to the home the day of the shooting to interview Seth Hopkins about sex assault claims that had been made against him. Lott said those arrangements for the interview had been made in advance, and they were not there to arrest him at that time.

When officers arrived at the door, Frederick Hopkins began firing, according to Lott. He then kept shooting as additional officers responded.

"They were ambushed very quickly," Lott said. "As soon as they got there, the ambush was in place."

The officers had to be rescued from the scene using an armored vehicle that could shield officers from the gunfire. That process took about 30 minutes. After two hours, Frederick Hopkins surrendered.

Lott was asked to be the lead investigative agency on this case at the request of local officials. The FBI has sent their special response team to help as well.

"This is a large crime scene," Lott said. "This is a very large complex puzzle that we're filling in the pieces in."

He said it may take seven to ten more days to finish the collection of evidence and interviews.

Florence Police Chief Allen Heidler says his office is in mourning. The two officers who've been released are getting counseling, as are other members of his agency.

"They will be scarred for a long period of time," Heidler said of the officers who are now back home.

He remembered Carraway, who'd been with the department for 30 years, as "my brother" and a "gentle giant." They had served together three decades. He said of Carraway was "the epitome of a community police officer."

A public viewing and memorial service for Carraway are set for Monday. A candlelight vigil was held Thursday night at First Baptist Church in Florence.

Suspect in case was a disbarred as a lawyer

The Associated Press reports Hopkins is a disbarred lawyer who has been charged several times in recent years, starting with a 2014 count of disorderly conduct. According to public court records, Hopkins' charges include two in 2015 and 2017 for "running at large," an offense related to not restraining one's animals.

There were children inside the home, but officers said none of them were hurt.

The shooting took place off Hoffmeyer Road in the Vintage Place subdivision, an upscale neighborhood in the county. 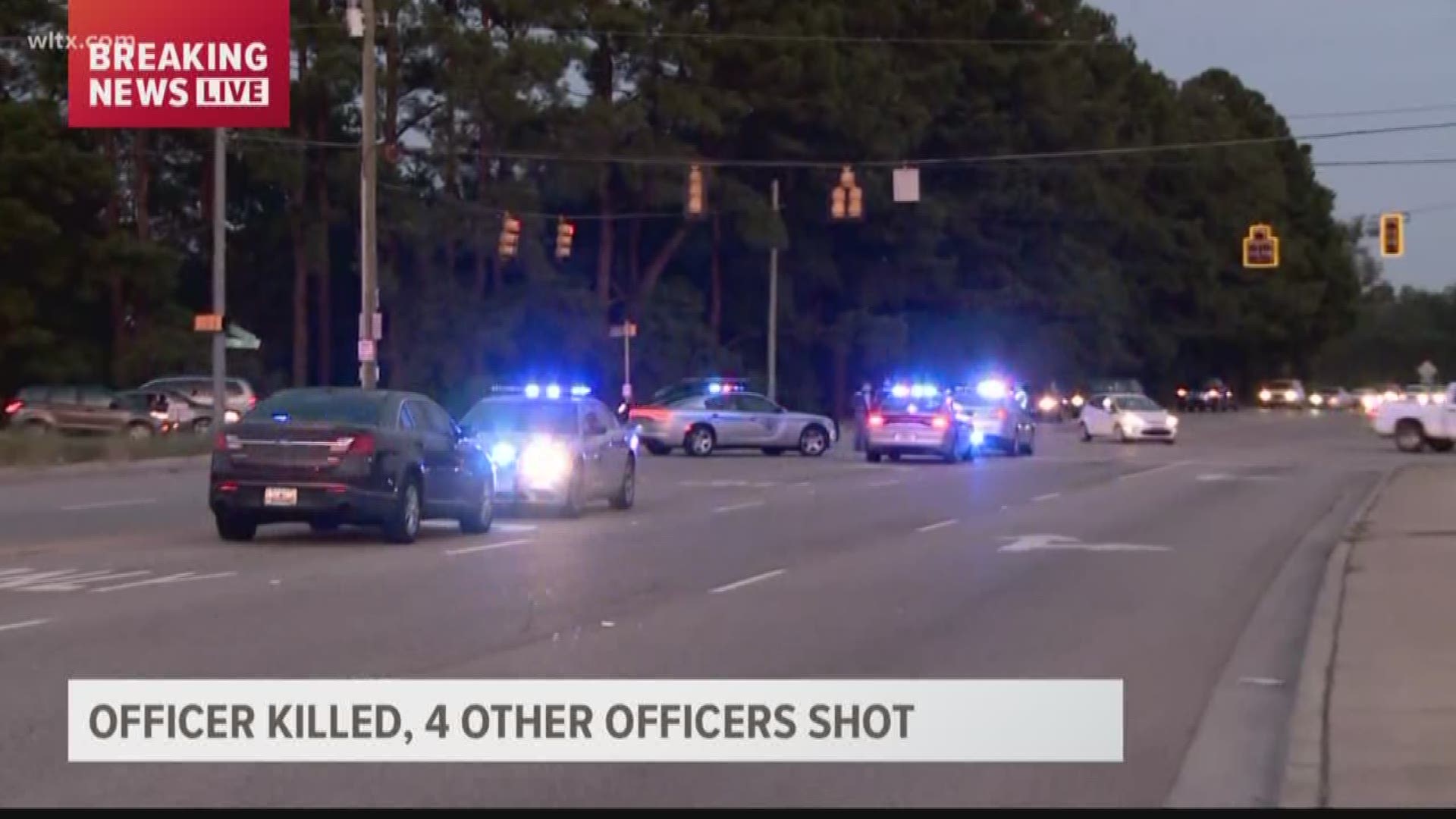 President Donald Trump reacted to the tragedy on Twitter. "My thoughts and prayers are with the Florence County Sheriff's Office and the Florence Police Department tonight," the President wrote. "We are forever grateful for what our Law Enforcement Officers do 24/7/365."

My thoughts and prayers are with the Florence County Sheriff’s Office and the Florence Police Department tonight, in South Carolina. We are forever grateful for what our Law Enforcement Officers do 24/7/365. https://t.co/ZwDmDthItD

"This is simply devastating news from Florence," McMaster wrote. "The selfless acts of bravery from the men and women in law enforcement is real, just like the power of prayer is real."

n Thursday, McMaster ordered all flags statewide to be lowered in honor of the officers.