The incident happened outside a home in northeast Richland County. 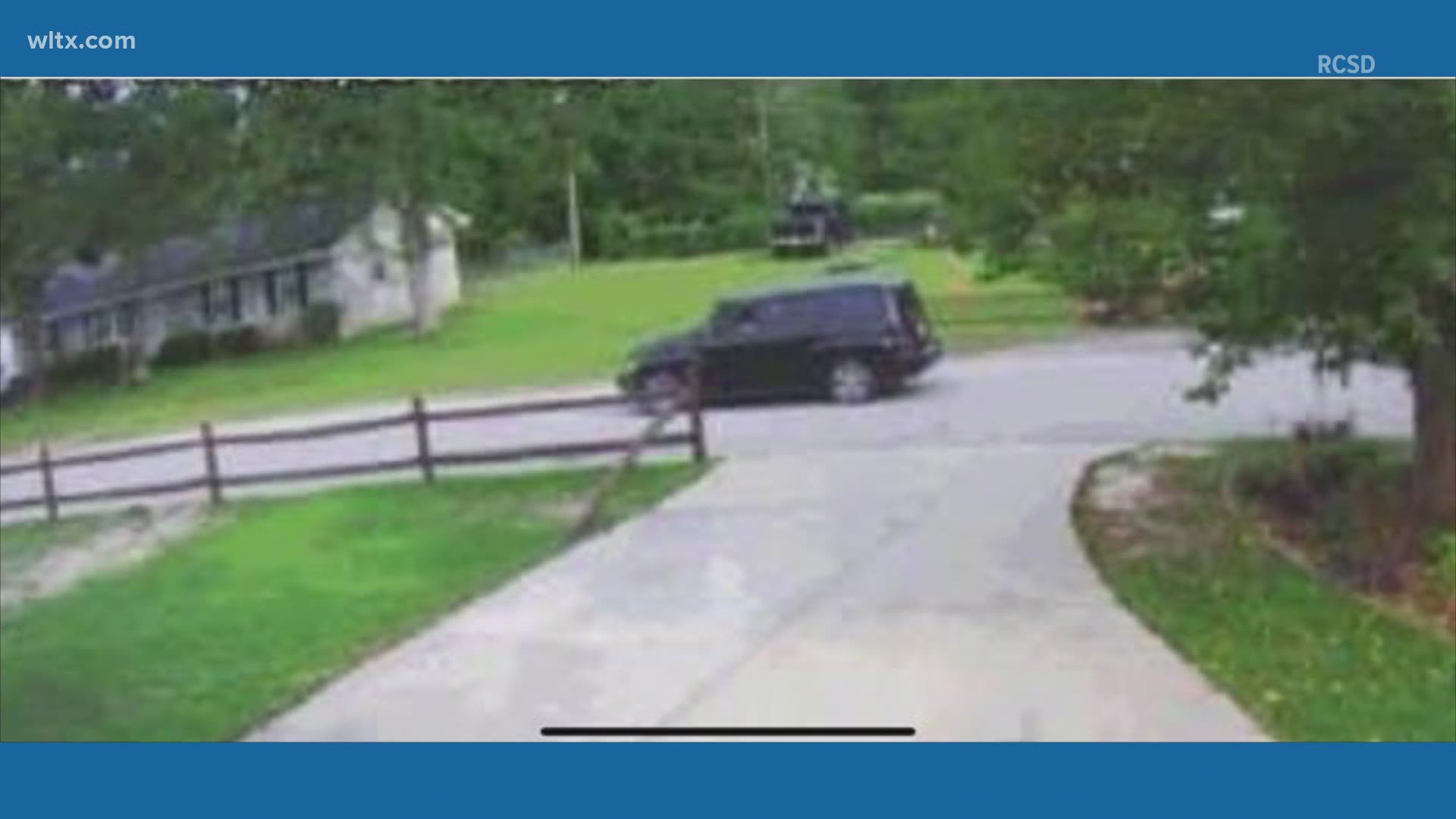 COLUMBIA, S.C. — Richland County deputies are searching for the driver of a vehicle who they say tried to lure children away in northeast Richland County.

Officers around noon on Thursday, August 13, Richland County Sheriff’s deputies were dispatched to a home on Fox Cove Court to reports of a suspicious vehicle. Fox Cove Cours is  off Summit Ridge Drive.

Officers say they were told a 6-year-old and a 13-year-old were riding their bikes in the neighborhood when a man approached them in a dark SUV. The report from deputies goes on to say that the man asked them if they wanted new lights for their bikes and if they did, to meet him further down the road.

The children refused and ran home.

Officerse say a similar incident was reported in a neighboring jurisdiction involving the same vehicle.

A picture involving the suspect vehicle, which they described as a Chevy HHR-type vehicle, was released.

Anyone who can identify the vehicle is asked to submit a tip through crimesc.com or by calling Crimestoppers at 1-888-CRIME-SC.