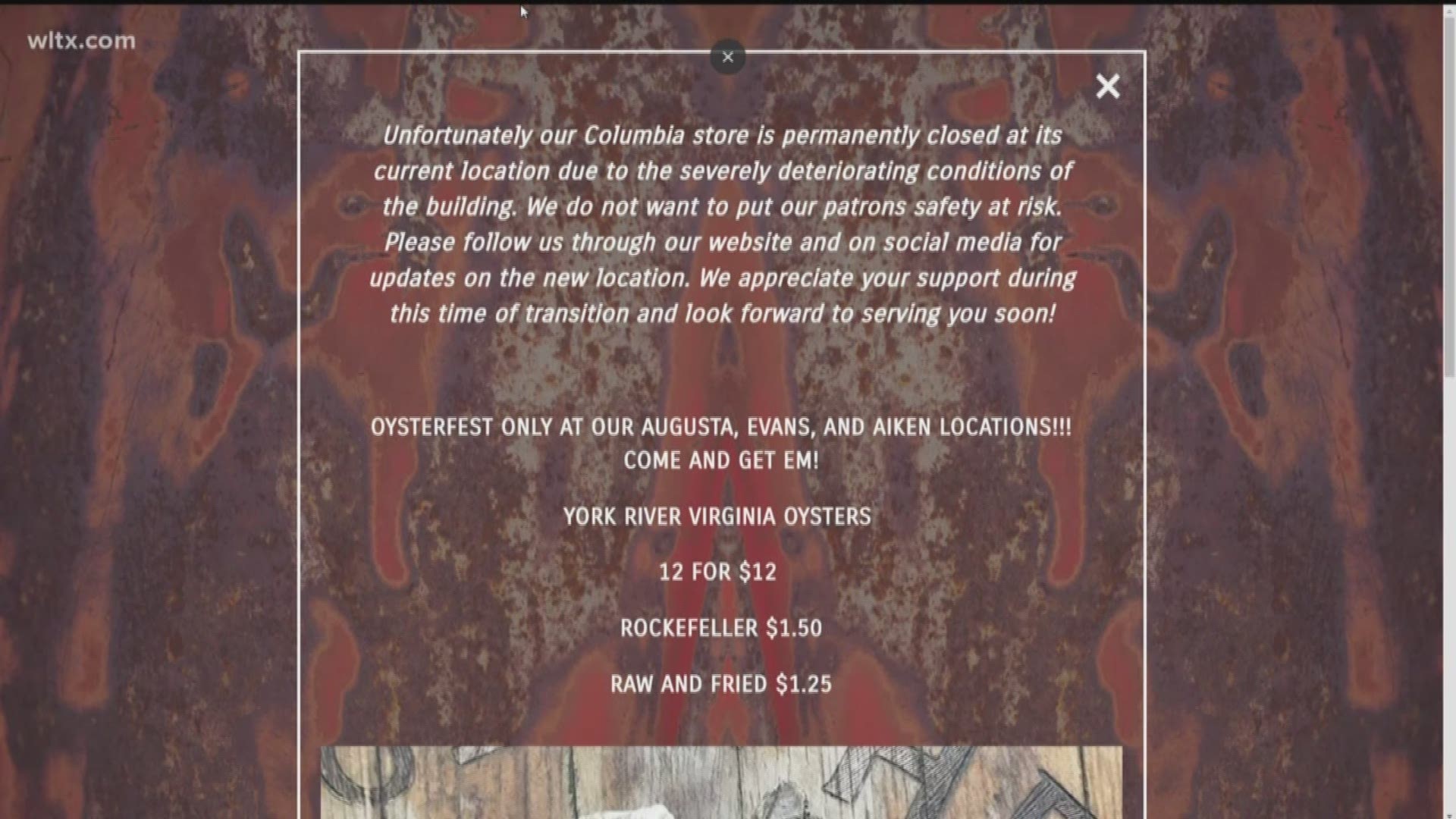 COLUMBIA, S.C. — TakoSushi, a sushi restaurant in the Vista, is closed after they released a statement about their building's "severely deteriorating conditions."

According to their website, they are permanently closed, but will be updating patrons when they are at a new location. The statement says that the restaurant does not want to put patrons safety at risk.

The full statement on their site reads:

"Unfortunately our Columbia store is permanently closed at its current location due to the severely deteriorating conditions of the building. We do not want to put our patrons safety at risk. Please follow us through our website and on social media for updates on the new location. We appreciate your support during this time of transition and look forward to serving you soon!"

RELATED: 'Lady Vista' is newest addition to the Vista community

This is the second location in the Vista to close in November, after Nonnah's announced they would be leaving their location on Gervais Street.

A Columbia artist, Blue Sky, recently painted a mural on the side of TakoSushi, titled 'Windows of the Soul.' Blue Sky is also the artist that created TUNNELVISION and the Busted Plug Plaza in Columbia.