Can you teach your dog to talk?

A Tacoma woman is trying to do just that as millions watch online. #k5evening 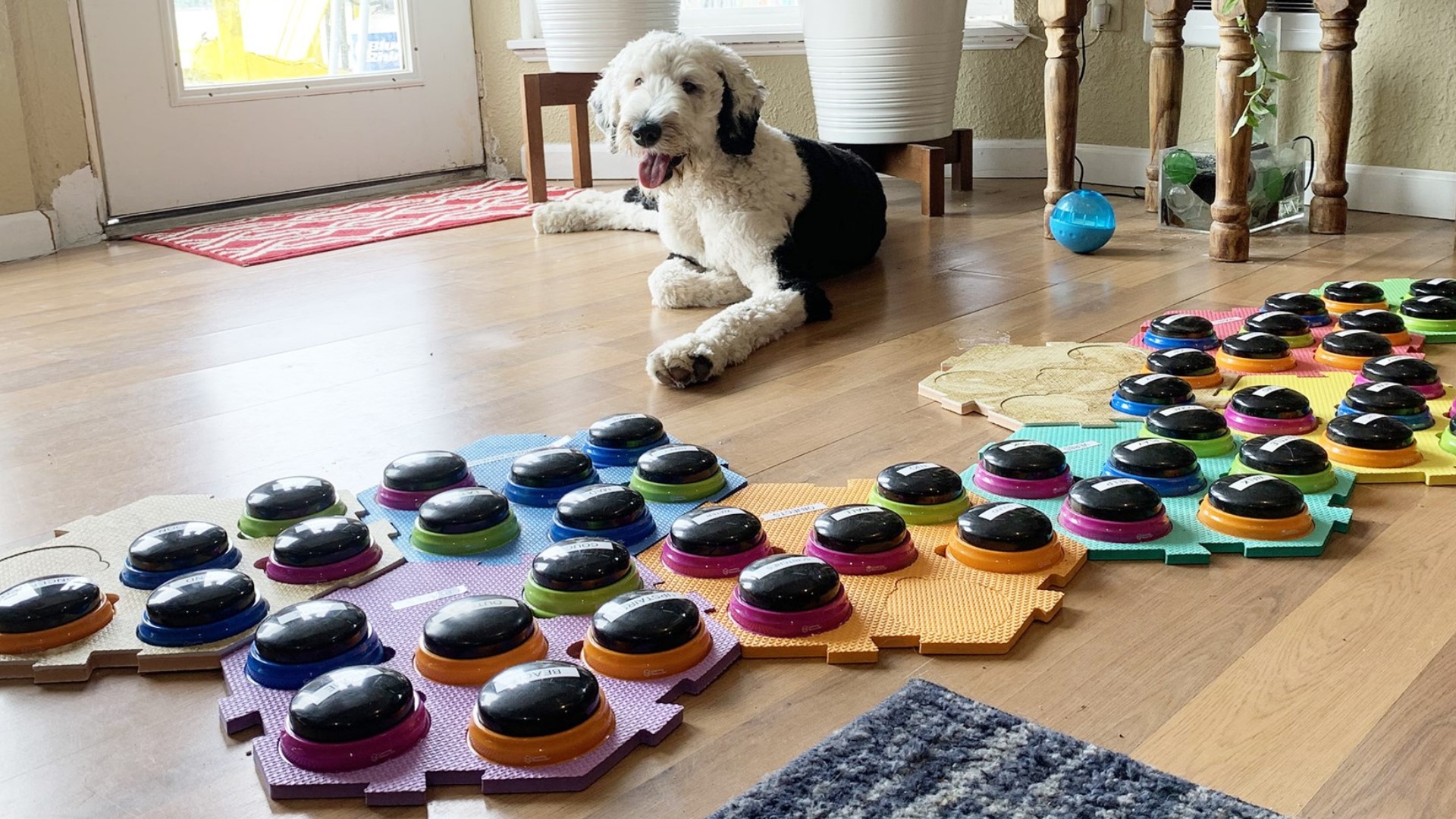 TACOMA, Wash. — Bunny, a one year old Sheepadoodle, a mix between an Old English sheepdog and a poodle, is already well beyond mastering commands like "Sit!' and 'Stay!".

Bunny is learning to talk. And three million Tik Tok followers are tuning in to watch.

“It's bonkers yeah,” says Alexis Divine. “I definitely did not expect that, but it's fun.”

“It's a way for nonverbal people to communicate using buttons,” says Devine.

It all began weeks after Devine and her husband brought Bunny home. With a single button for “outside”.

It has taken a lot of repetition and reinforcement but Devine believes Bunny associates that button --and others --with their actual meaning.

Bunny now has a soundboard made up of more than 50 words.

She will press the button labelled “Scritches” when she wants to get her ears scratched.

Devine isn’t trying to convince anyone her dog can talk.

“I think it is an excellent example of operant conditioning,” she says. “She builds an association with an individual button or a combination of buttons. I don't think it's language but I definitely believe that she is communicating.”

Cognitive scientists are definitely intrigued. Bunny is the subject of a study by UC San Diego. There are three cameras always trained on her soundboard. During our interview, Bunny pressed two buttons. “Play” and “Friend”.

That’s how I wound up talking a break to play “hide the hippo”, a squeak toy Bunny likes to go burrowing under couch cushions to find.

While scientists try to figure that out, Bunny and Alexis have at the very least inspired people to interact more with their dogs

“If people are taking away from this that they want to have a deeper connection with their dog, I think that's amazing,” Devine says.