Teacher Of The Week

After more than 25 years as an educator, Cynthia Jackson makes sure no child in her class is left behind. 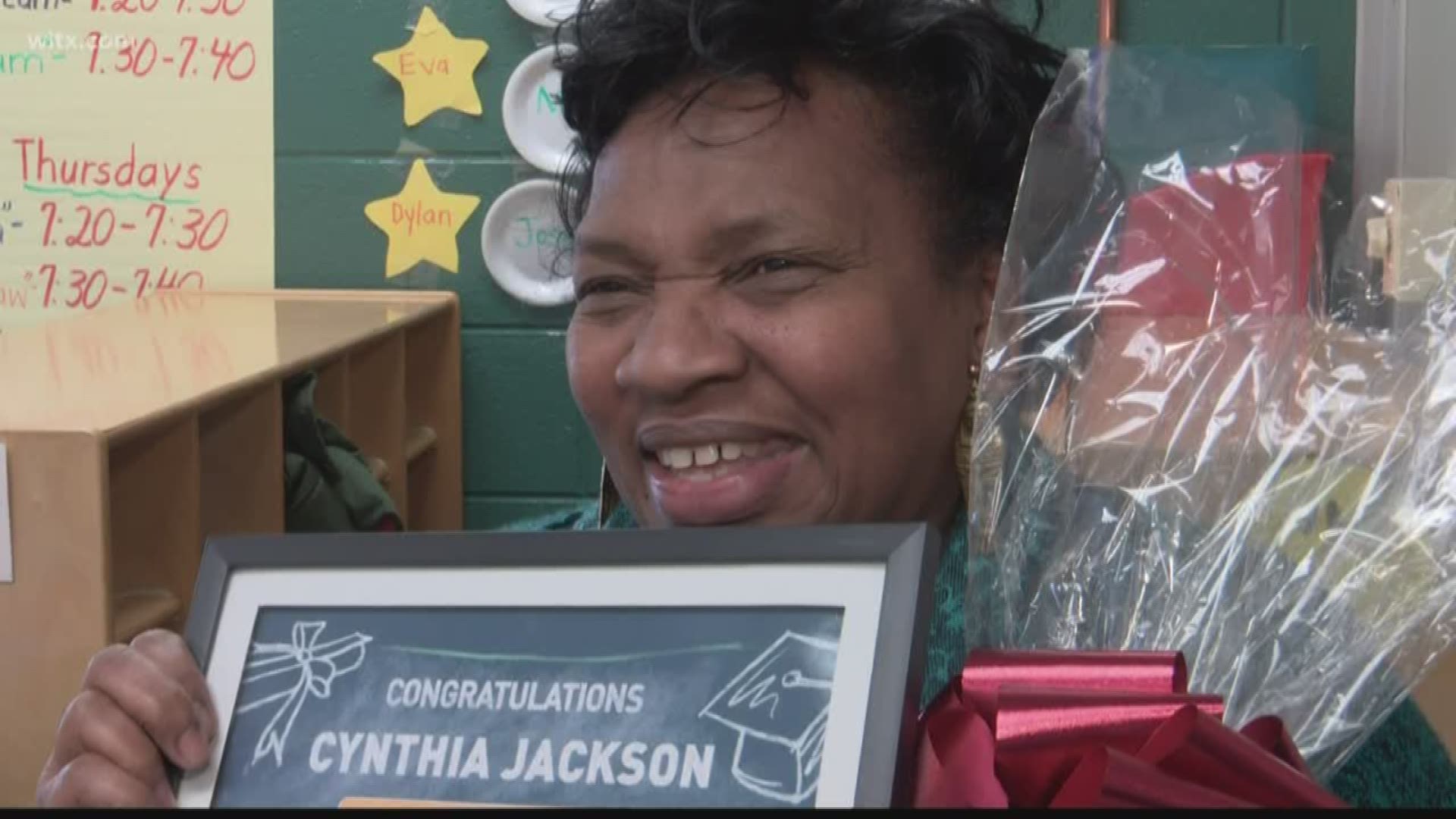 The books message is about perseverance and never giving up.  A concept these young minds already understand.

"He was scared to jump off the diving board," said Julian Johnson.  "But, at the end, he had practiced a lot and he was then able to jump off."

His teacher, Cynthia Jackson has been in the classroom for more than 25, but finds new ways to make learning fun.

Jackson says she spends most of her time at school.  Some days she doesn't leave work until after 8:00 p.m.

"Every child can learn if given the proper environment," said Jackson.  "I feel like I created that type of atmosphere for my students."

If you know an educator like Ms. Jackson who deserves to be recognized for their dedication and hard work in the classroom, email us at TOW@WLTX.com

Each nomination will be reviewed and we could show up next year to surprise your favorite teacher.