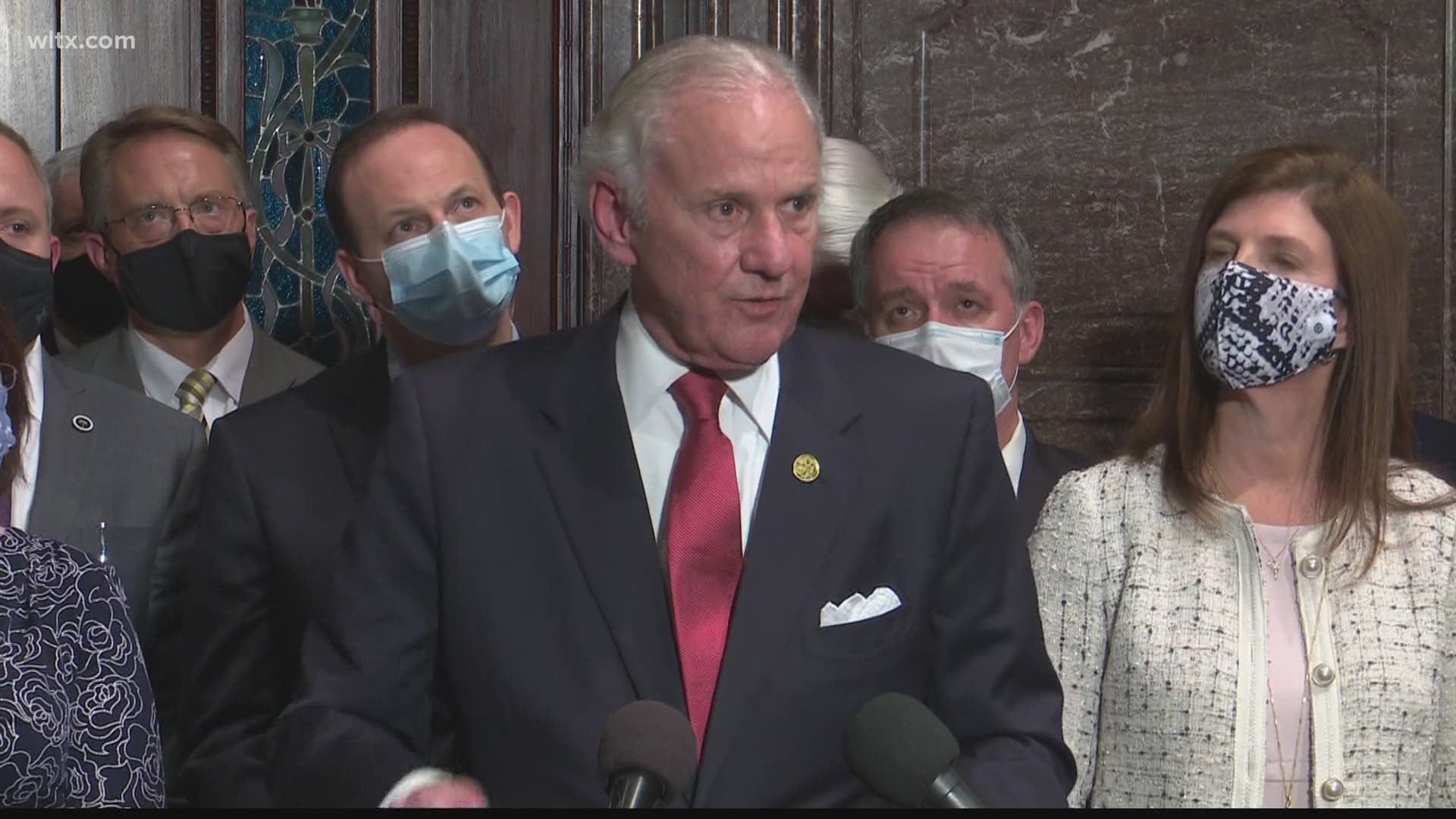 COLUMBIA, S.C. — A federal judge has temporarily blocked a new law that bans most abortions in South Carolina.

Judge Mary Geiger Lewis handed down the temporary restraining order Friday afternoon. It's valid for 14 days, and gives the defense more time to gather their arguments.

The defense has until March 2 to file their arguments.

Geiger said she would renew the order after 14 days when it ends and will decide on ruling on a preliminary injunction. That action would permanently halt the law from taking effect.

The new law bans abortions after a fetal heartbeat is detected, which is typically about six to eight weeks after conception. That's often before most women known they're pregnant.

The bill has exceptions for pregnancies caused by rape and incest and when the mother's life is in danger.

"Like I said - we will defend this law every stop of the way. No lawsuit can weaken our resolve to fight for live."

Like I said - we will defend this law every step of the way. No lawsuit can weaken our resolve to fight for life. https://t.co/u5gZsw9sA5

"We believe the Heartbeat Law is constitutional and deserves a vigorous defense to the U.S. Supreme Court if necessary. Every generation has a right and a duty to revisit issues as important as this one. The Heartbeat Law protects life. Nothing is more important or fundamental.  Today’s temporary restraining order is only a first step, but the legal fight has just begun. We look forward to further arguing why this law should be valid."

The final passage of the bill came Thursday when the House approved it on a third vote. About two hours later, McMaster signed it into law.

"It is a duty that we share, as Americans and South Carolinians, to protect life above all else," the governor said in his speech before signing the bill.

There had been an expedited process this session to get the measure approved. GOP lawmakers, encouraged by gains made in the General Assembly in last November, pushed for the bill The proposal passed the Senate on January 28.