#IamVanessaGuillen: Corpus Christi woman tells her story of sexual assault in the military

"I knew I could be in these dangerous situations joining, but I never knew it could be other service members assaulting me," Stephanie said. 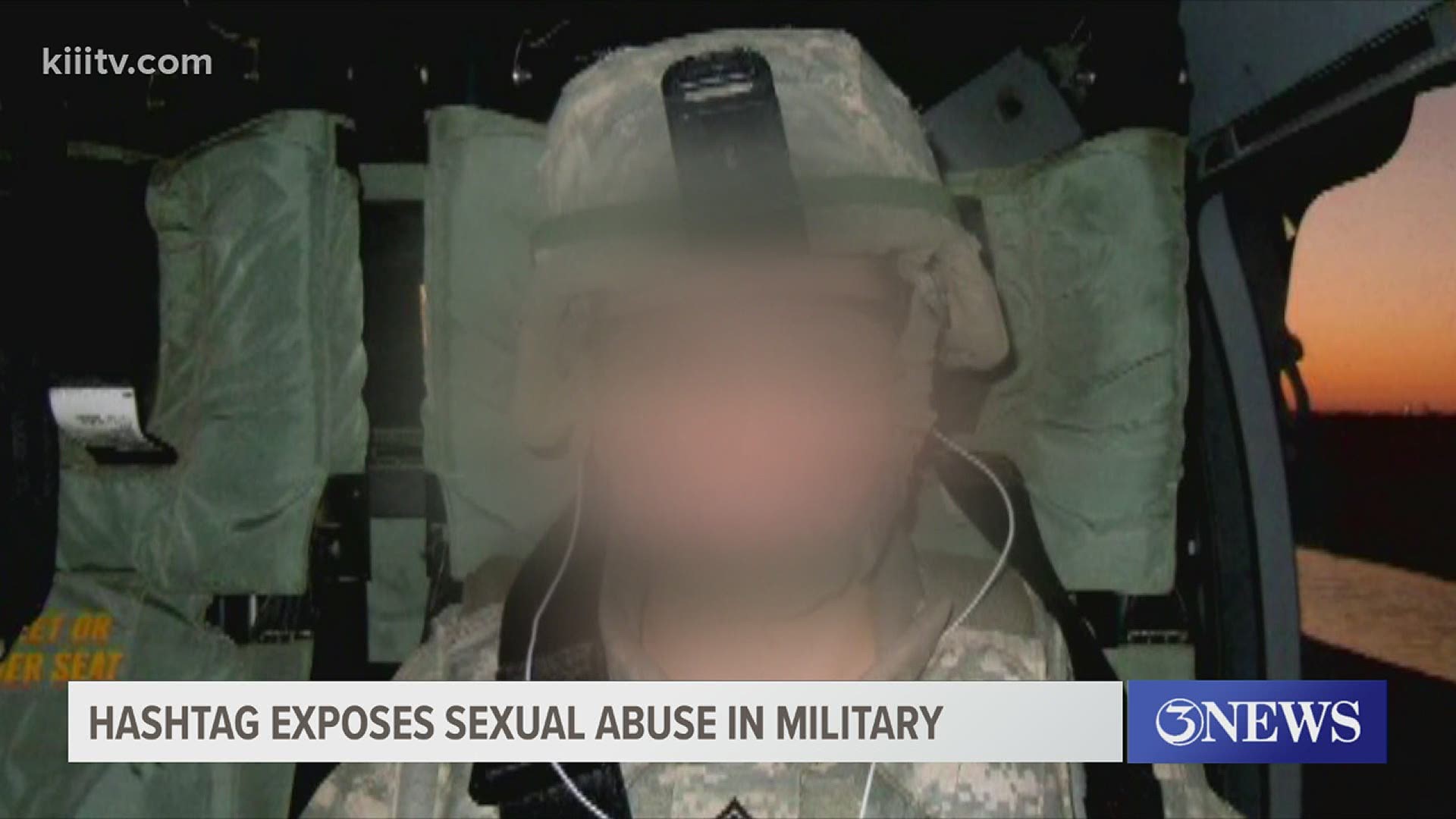 CORPUS CHRISTI, Texas — A hashtag has gone viral since the disappearance the 20-year old soldier from Fort Hood, #IamVanessaGuillen telling thousands of men and women's stories of sexual abuse in the military.

One of those is a woman from Corpus Christi. Three News was asked to hide her identity but she agreed to use her first name Stephanie.

"I knew I could be in these dangerous situations joining but i never knew it could be other service members assaulting me," Stephanie said.

When she was 19-years-old Stephanie deployed with the Texas National Guard to Kosovo in Southeastern Europe.

Besides basic training it was her second time away from home.

She said not too long into her deployment, she was sexually harassed by her superior.

"When he would catch me outside, he would try to shove me in his room and forgive my language but would bluntly ask me 'when are we going to ****',"Stephanie said

She was afraid and kept quiet.

"I was just this little E-4 that had just joined maybe a year ago at this point," she said.

Later into her deployment the harassment escalated but at the hands of a different soldier.

"I woke up to someone who I thought was my friend assaulting me," Stephanie said. "He was supposed to be my friend and he was assaulting me. I couldn't do anything. I tried to fight him off. He had like 50 pounds on me and when somebody is holding you down and covering your airway, there's not a lot you can do."

After the initial shock of the assault wore-off, she tried to confide in a fellow soldier, but learned her attacker was telling a different story.

"He apparently started telling people we had sex, consensual sex. no one would believe me at that point if I came out and said 'No, he actually raped me'," she said.

Stephanie saw her rapist everyday she was in Kosovo.

After she returned stateside, Stephanie left the guard and joined the reserves

Ten years and the #METOO Movement gave her the courage to open up  to a therapist about what happened to her.

According to the Battered Women's Justice Project nearly 25% of women veterans who seek health care services from the Department of Veterans Affairs report experiencing at least one sexual assault while in the military compared to slightly more than 1% of male veterans.

But Stephanie knows many sexual assaults and even harassment go unreported.

"What's to say he doesn't come and hurt me," she said. "Even worse, There's no where for me to escape. There's no third party reporting. I can't go to the police because the police are the military when we are in this deployed environment."

Recently Stephanie posted to social media publicly tell her story and joining thousands of service men and women under the hashtag #IamVanessaGuillen.

Her inbox flooded with similar stories even from her same section.

"About 30 other women came out that he had sexually harassed abused or assaulted them.

Stephanie wants the military to do more to support victims.

And, instead of conducting internal investigations, bring in a third party.

"Don't victim blame and assure that the people that you are in charge of whether they are civilian or military, ensure that they know that you take it seriously," she said. "And that if somebody does commit something, they are going to be punished."

Stephanie still copes with her trauma but has come a long way.

"I have two master's degrees," she said. "I have a job with one of the best companies in the world. I have great hobbies and I have great friends and it really turned my life around. There's no shame in getting help."

If you have been or know someone who has been sexually assaulted. There are resources to help you like the National Sexual Assault Hotline at 1-800-656-HOPE(4673).