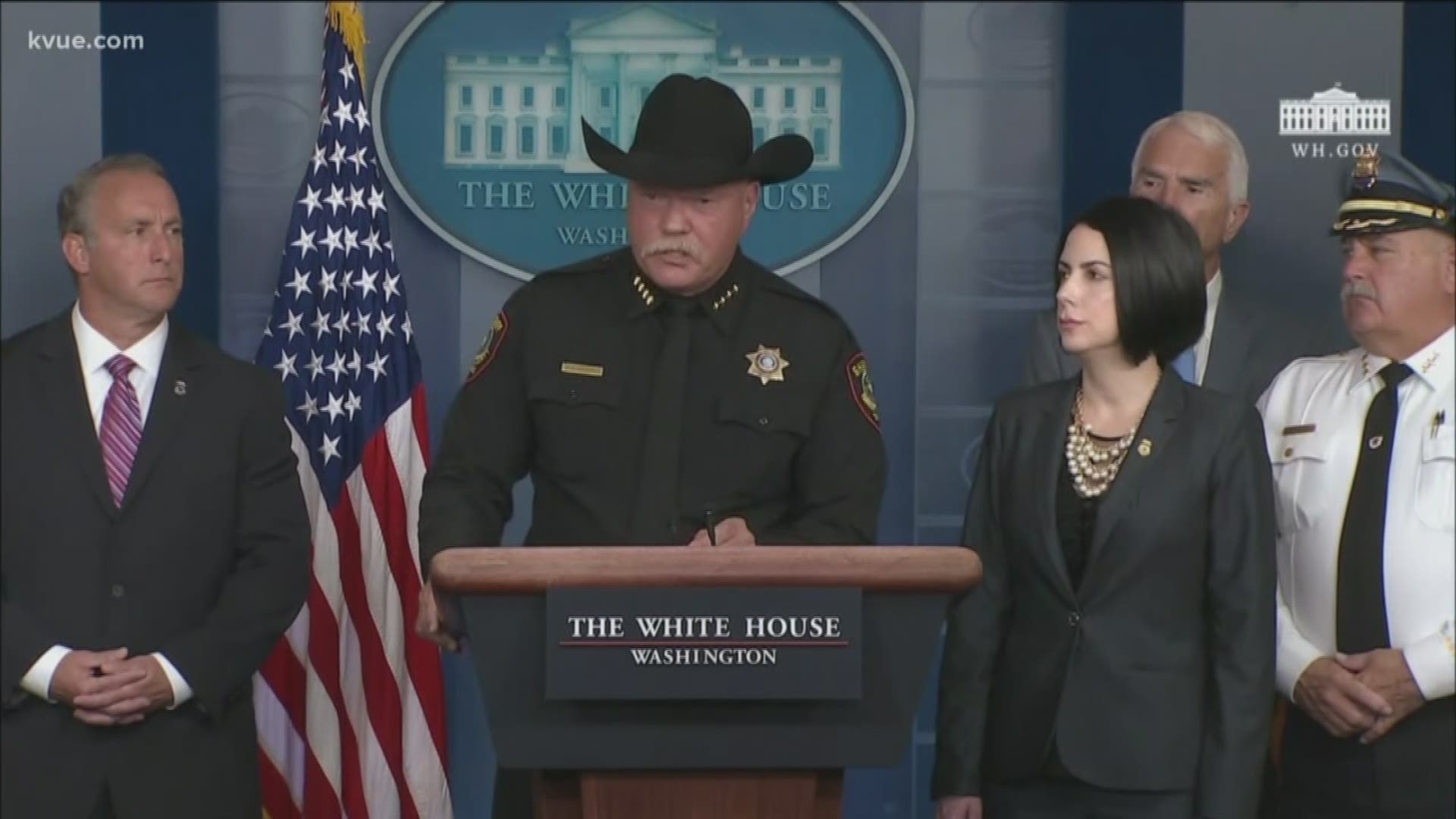 THE TEXAS TRIBUNE – A Texas sheriff called undocumented immigrants "drunks who would run over your children and they will run over my children" during a Thursday morning White House press briefing with Immigration and Customs Enforcement Director Matt Albence.

"If we have to turn them loose or they get released, they're coming back to your neighborhood and my neighborhood. These drunks will run over your children and they will run over my children," Tarrant County Sheriff Bill E. Waybourn.

Waybourn said he knows many undocumented immigrants cross Texas' southern border looking for "a better day and something better for their family," but "the problem is, the very people they were fleeing, who preyed upon them, came with them."

He said the Tarrant County Jail holds undocumented immigrants who are repeat offenders. "That's who we're trying to initially eliminate out of our country," Waybourn said.

The sheriff also defended Immigration and Customs Enforcement agents, comparing public criticism of ICE to how soldiers returning from Vietnam were treated.

VERIFY: Are disabled and LGBT asylum-seekers exempt from deportation rule?

"[They are] eviscerating honorable people [who are] doing noble things and standing on the wall between good and evil for you and me," he said.

Immigration agents don't write the policies they enforce, Waybourn said. If people want change, "Capitol Hill is down the street," he said.

The Texas Tribune is a nonprofit, nonpartisan media organization that informs Texans — and engages with them — about public policy, politics, government and statewide issues.