The Black Cowboy Festival saddles up for the 23rd year

The co-founders, Mark and Sandra Myers, said the festival is not only to entertain folks but to educate them at the same time. 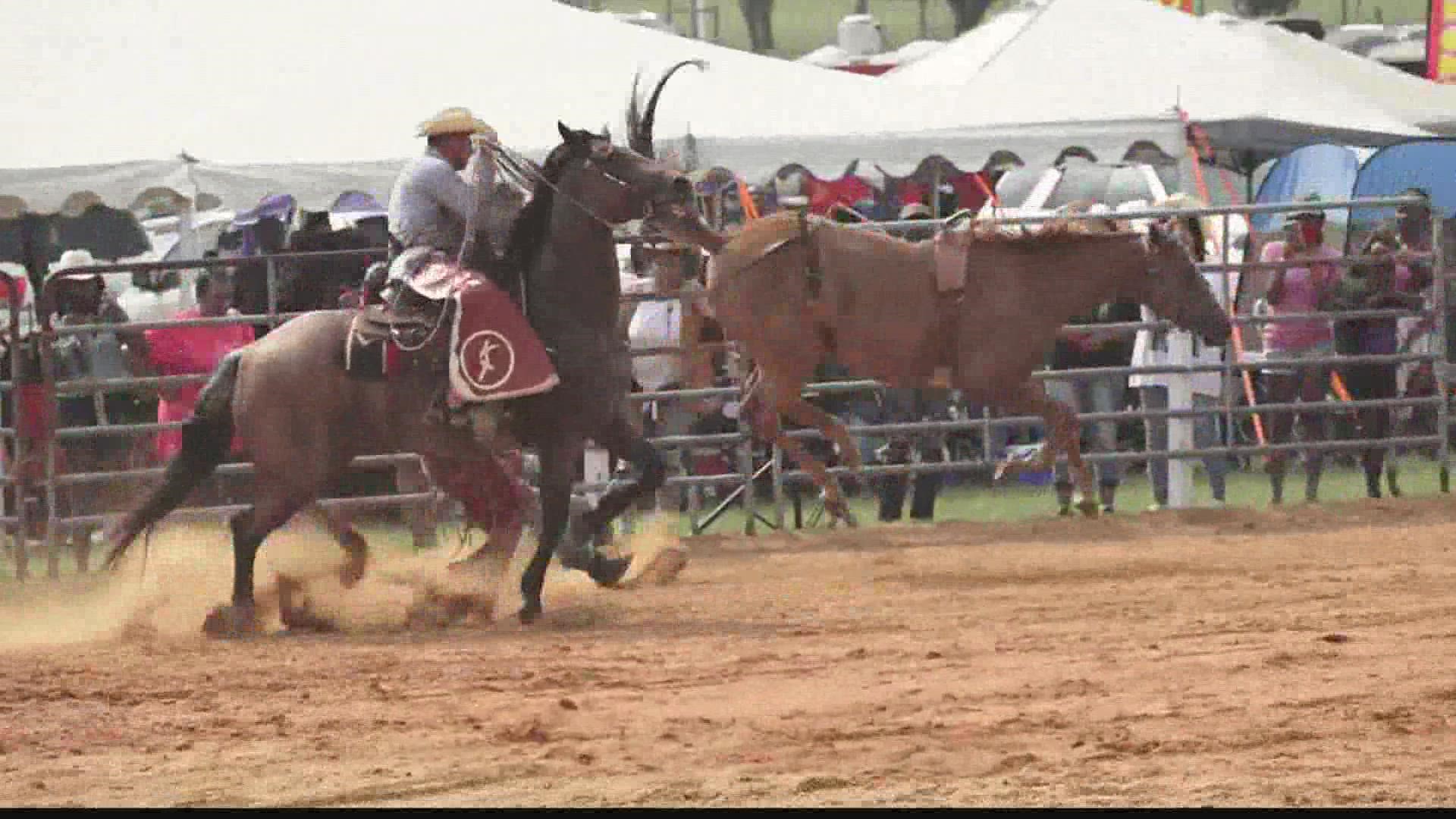 REMBERT, S.C. — Cowboys and cowgirls put on their boots and hats to saddle up for the 23rd annual Black Cowboy Festival.

"There are people of all races out here participating or spectating," said John Kenndy, Sumter Resident.

"We don't know that there is a lot of black cowboy and girls in South Carolina," Columbia resident Jacqueline Watts said. "Being so close, we can do this too."

"When we first started it, the first event was to raise money for our church," said Sandra Myers, the Black Cowboy Festival co-founder. "It just went from there."

Sandra Myers and her husband Mark have been putting on the festival at their farm in Sumter County to showcase that cowboys come in all races and nationalities. They said it's normally a four-day festival in May, but they had to change it to two days because of the pandemic. The co-founders say the festival is not only to entertain folks but to educate them at the same time.

"You have black rodeos, and you have black trails," Sandra said. "However, this event is to commemorate the African American cowboy."

The co-founders of the rodeo and festival said it usually draws in more than 2,000 people to Greenfield Farm every year. Jacqueline Watts said a Netflix series led her there.

"I Googled some stuff in South Carolina after watching a cowboy show on Netflix that was based in Philadelphia," Watts said. "Once I Googled what was going on in South Carolina, that's what led me here for the first time."

The Black Cowboy Festival is expected to return to regular operations next year.