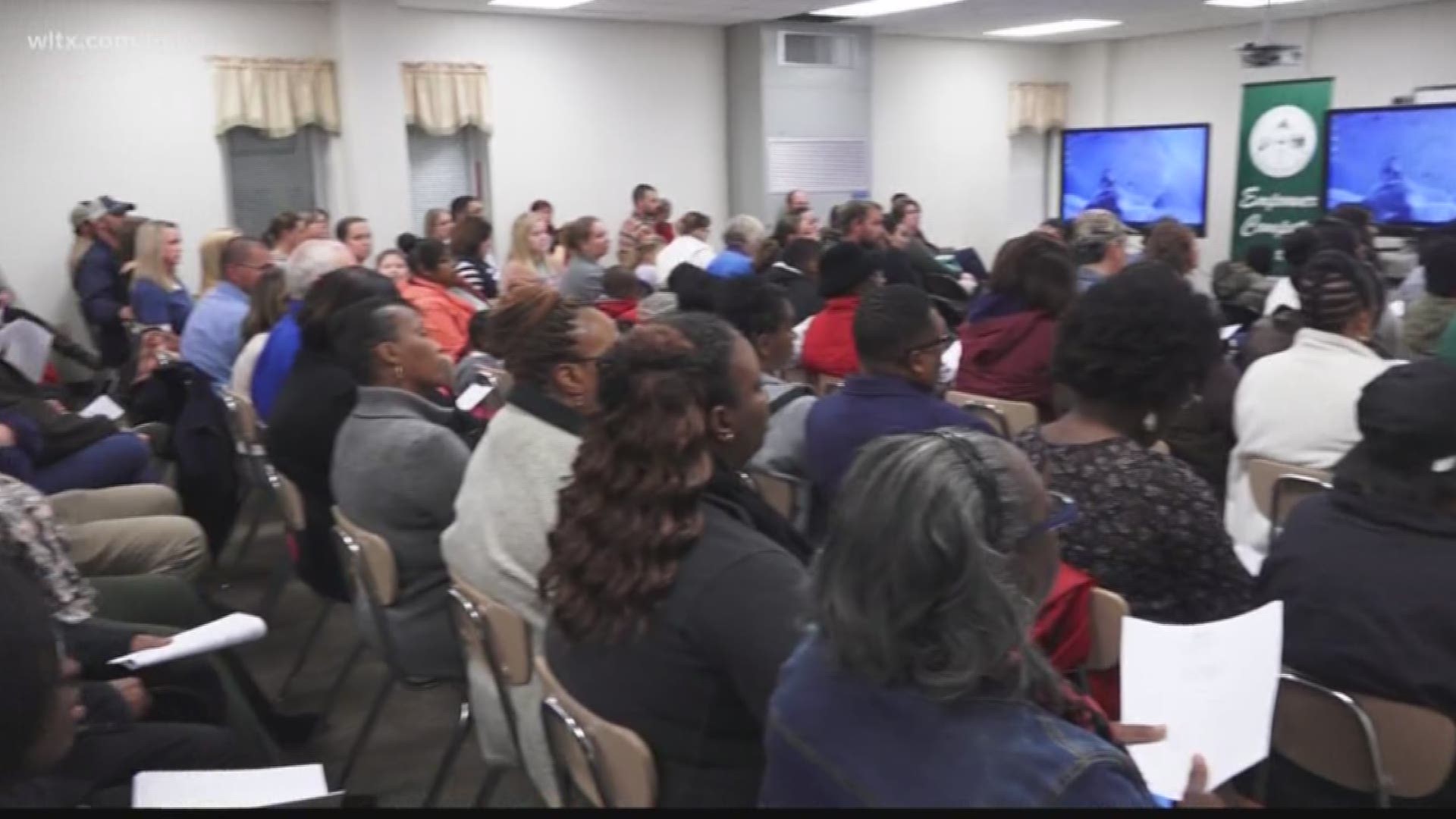 St. Matthews, SC — Parents from around Calhoun County gathered on Thursday night to hear possible changes to the 2019-2020 school year.

Superintendent Dr. Steve Wilson hosted the meeting, were nearly 200 were in attendance. The goal was to inform parents on proposed changes to the school calendar, including starting the 2019-2020 school year earlier and shifting class schedules.

Instead of starting at the end of August, the proposal has students starting school on August 5th, and ending the school year in the first week of June.

The possible changes could also include starting the school day at 9 am and ending at 3:30 pm for students in grades K-8. Students in high school would start at the same time, but end classes at 3:45 pm.

However, parents had concerns with the proposal.

"Where is the research?" asks Racheal Schwartz, who has children attending Sandy Run K-8 School. "You gave us a paper about teenagers needing sleep. What about our three year olds."

Another parent, who was concerned with the proposal, brought up the amount of time students could be at the schools before classes begin.

"School is going to start at 9 o'clock, the doors will open at 7:20. The teachers will be there at 8:30. How many people are going to be there in the mornings to watch these kids?"

Under the new plan, the district would open the school doors at 7:20 am for parents to drop off their students and explained in the meeting that there would be chaperones there for the children.

Dr. Wilson says they hosted Thursday's meeting to hear from the parents and that nothing is set in stone.

"I think there were some valid points that we need to look at and perhaps re-tweak or whatever we need to do to answer those concerns," says Dr. Wilson. "I do believe that if students have more time to sleep at night, the research is clear, they are more alert and do better in school."

From December 10-13, parents and teachers will be able to vote on the proposal online. It will then go before the Calhoun County School Board, which could vote on the plans as early as December 17th.