Three people are dead after being shot at a Columbia apartment. 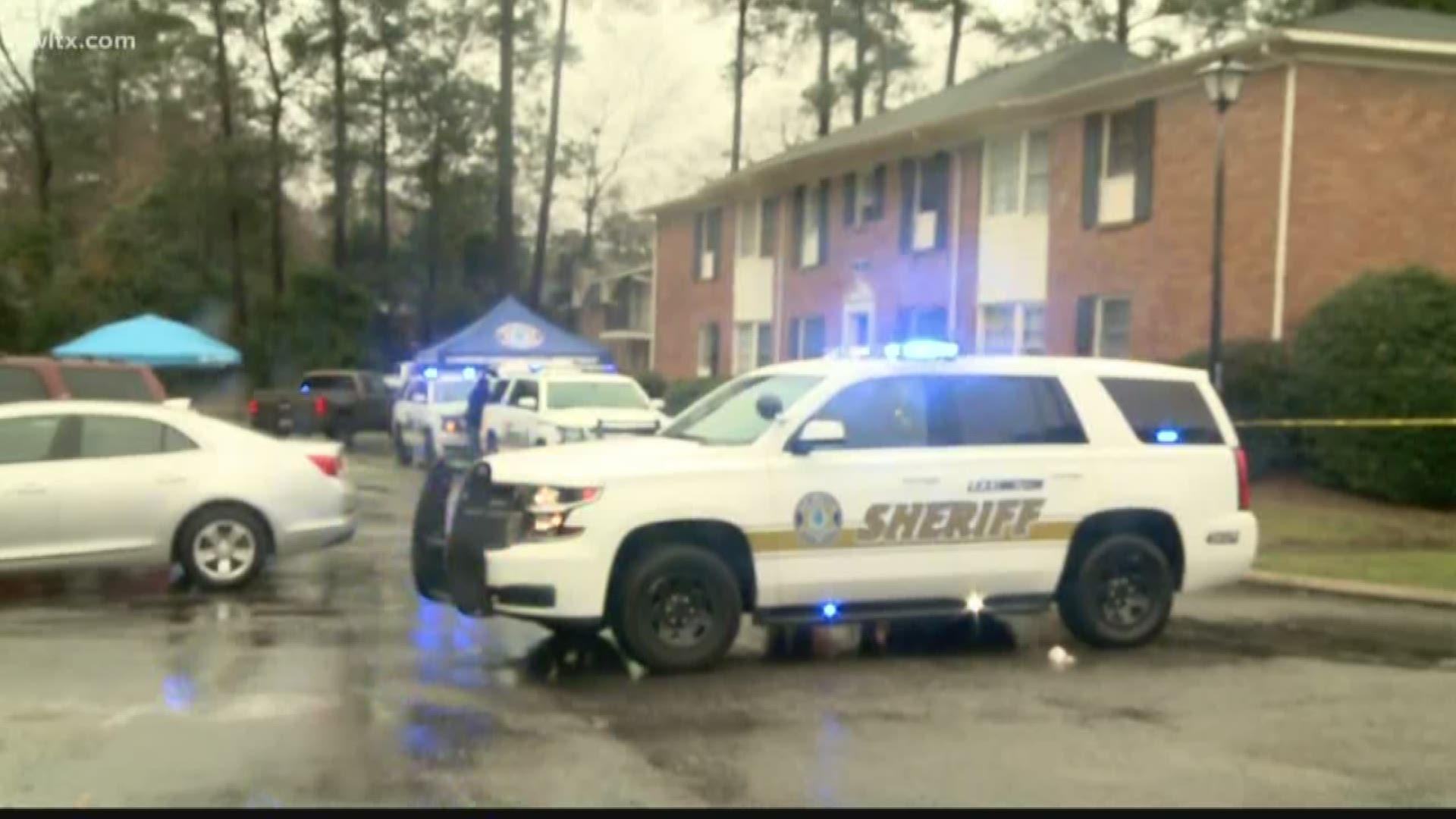 COLUMBIA, S.C. — This morning around 11 a.m. a 911 call was placed out of the Woodland Village apartment complex.

The call was made by a person who was inside of an apartment building when three people were fatally shot.

Two died on scene and one was transported to the hospital where they later passed away around 2 p.m.

The caller who was able to get out of the apartment has been with deputies since the incident for questioning and is at this point, their primary source of information.

Lexington County Coroner Margaret Fisher has identified the victims of the shooting Branton T. Booker, 28, and Sheldon D. Livingston, 26, were pronounced dead at the scene. Duwan E. Williams, 27, was transported to an area hospital where he was pronounced dead shortly after arrival. The victims were residents of the apartment. Each victim died as the result of multiple gunshot wounds to their upper bodies.

News19 spoke with neighbors who say this isn't typical for this neighborhood: "I've lived in this area for about a year and a half. Its very quiet, so this is very unexpected," says Bianca Geddie.

"I go to the store a lot when I want boiled peanuts or snacks so I don't know about walking at nighttime anymore," says Steven Dourilard, "It just kind of makes you want to watch over your back a little bit and watch your shoulder. Which you shouldn't have to live like that but, that's the world for you I guess."

At this point they do not have any leads on who is responsible for this shooting and they are urging anyone who knows or saw anything to contact CrimeStoppers at 1-888-CRIME-SC.