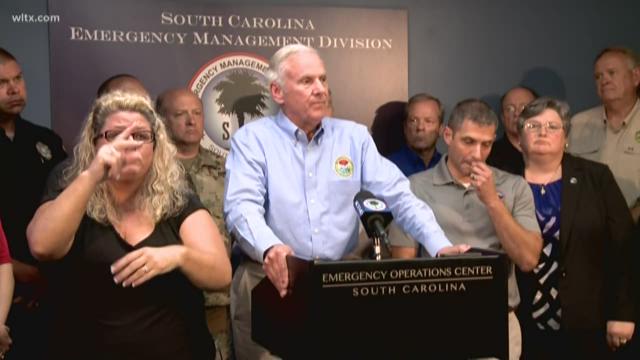 The National Weather Service is forecasting "significant" river flooding, especially in the northeastern portion of the state. That same area experienced dangerous flooding after Hurricane Matthew in 2016.

Gov. Henry McMaster told reporters Thursday that up to 7 inches of rain in the state's northwestern mountains could mean landslides and dangerous conditions.

"If you have not left now, you need to leave," McMaster said. "Time is Running Out."

FORECAST: Latest Thinking on Where Hurricane Florence Might Go

Acting Department of Social Services Director Joan Meacham says shelters are about 12 percent full with the 4,000 residents. Meacham says the state can house more than 35,000 people if needed. She says 61 shelters have opened thus far, including 12 that are specially outfitted to help people with special medical needs.

Gov. Henry McMaster has ordered the evacuation of most of the state's coastline as the storm approaches. He also warned residents to be prepared to be without electricity "for a long time" in the storm's aftermath.

"Things will not be normal for several says," he said.

You can also review the South Carolina Emergency Management Division's checklist for preparation. Again, no need to panic and run out and buy things at the grocery store. But it's just good to go ahead and look at it. There are a ton of good resources there.