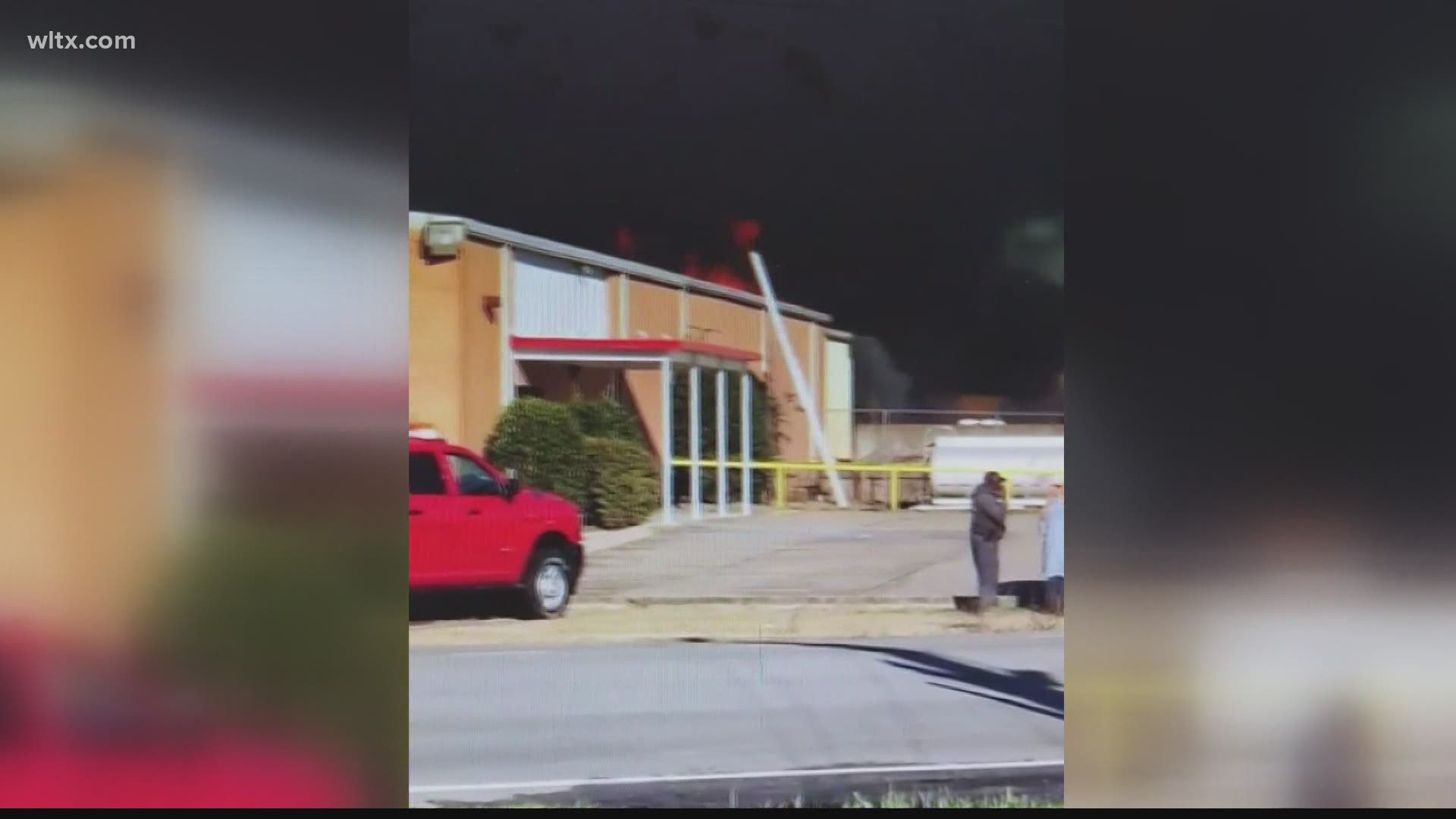 Photos and video from the scene showed thick black smoke and a ball of fire coming from the building.

According to Sumter Fire Division Chief Joey Duggan, the fire started with a skid-steer loader had a malfunction, catching nearby materials on fire. The fire then spread to a container filled with oil and water and also burned a truck on the site.

Duggan said two employees were burned and were taken to the hospital. Duggan said it appears their injuries are non life-threatening. No other injuries were reported.