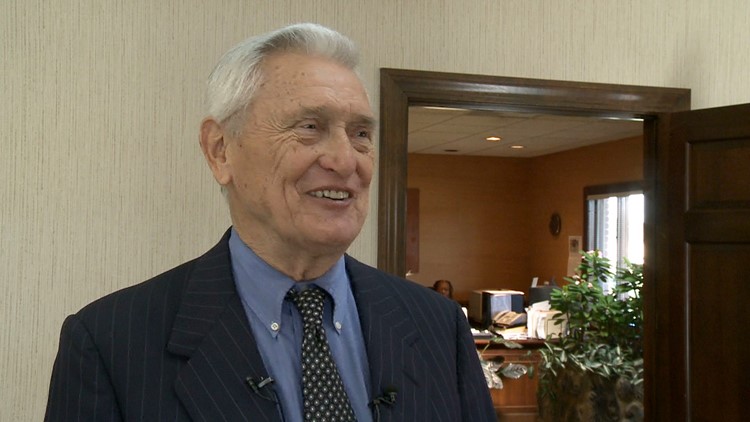 His wife Judy Turnipseed confirmed on social media that he passed away Friday at the age of 83. The couple had been married for 57 years.

"Tom fought for racial, social and economic justice," she said. "He set an example for us, his wife and kids, that was hard to live up to. In his honor, I will try to carry on his legacy."

Turnipseed was the founder of Turnipseed & Associates, a Columbia law firm which often took cases for consumer and civil rights.

He was born in Mobile, Alabama in 1936. He went off to college and got his law degree from the University of North Carolina Chapel Hill.

On his biography on his law firm's website, Turnipseed referred to himself as a "reformed racist." He served as the executive director on former segregationist and Alabama Gov. George Wallace's 1968 presidential campaign. Wallace was known for his staunch opposition to integration in schools, including at the University of Alabama.

However, a short time later, Turnipseed had a change of mind, and began advocating for liberal causes aimed toward social justice. He worked for a civil rights organization that brought attention to racially motivated church burnings in the Southeast.

He worked on environmental issues and became a founding chairman of a group that helped to fight toxic waste dumps in communities.

Turnipseed also had a short career in politics, serving in the South Carolina State Senate from 1976 to 1980. In 1980, he ran unsuccessful for the Second Congressional U.S. House seat that represents much of the central Midlands.  In 1988, he was the Democratic nominee for state attorney general.

He was also a former president of the South Carolina Trial Lawyers Association.