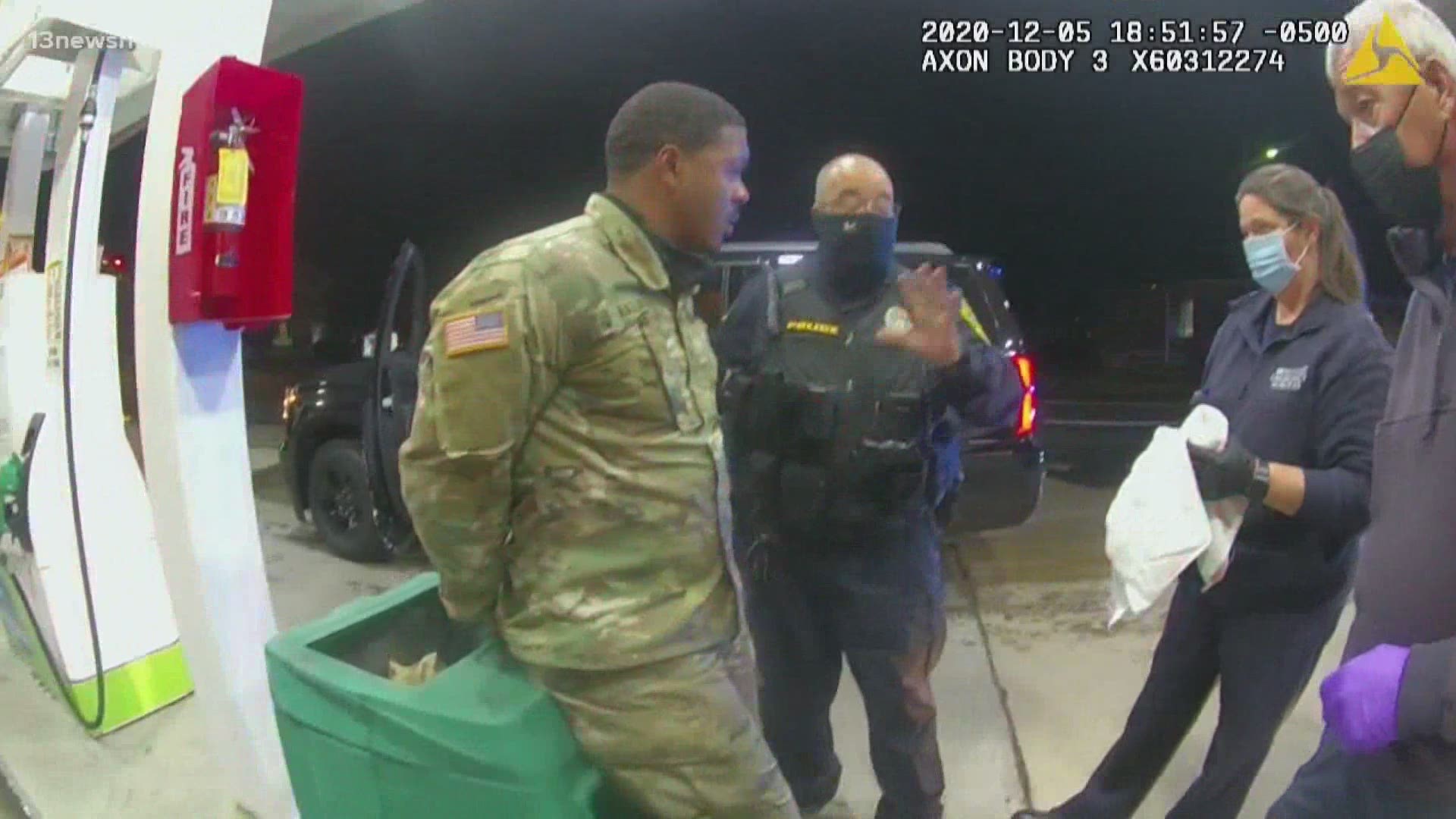 On Sunday, William Saunders, the Town Manager of Windsor said in a statement that the Town "acknowledges the unfortunate events that transpired."

The incident occurred during a traffic stop, in which police pulled Army Second Lieutenant Caron Nazario over for not having a rear plate on his SUV, a lawsuit claims. That lawsuit goes on to state Lt. Nazario has a temporary plate taped to his back window.

In the lawsuit, Lt. Nazario claims the two officers, Joe Gutierrez and Daniel Crocker threatened him and his military career.

The Town of Windsor announced Gutierrez has been terminated from his position with the Windsor Police Dept.

"We don’t understand why it was just one and not both of the officers and more troubling is we have no reason to believe that Gutierrez has been decertified," explained Nazario’s Attorney, Jonathan Arthur.

Saunders went on to say that when the investigation concluded, the department determined Windsor Police Department policy was not followed during the incident. The press release said the department took disciplinary action and launched department-wide requirements for more training within the department.

According to the press release, the additional training began in January 2021, the month following the incident.

Arthur said, “We support the investigations and we hope they are going to come to the same conclusion that we have.”

The Town did not include any information regarding what actions were taken against the second officer, Daniel Crocker, or his current job status within the department. 13News Now reached out to Saunders to inquire about the second officer, but we have yet to hear back.

Arthur said the next step is moving forward with their $1 million lawsuit.

“It was one of the major motivating factors on this. We got to prevent this from happening again,” he explained.

The Town of Windsor released another statement Monday afternoon saying, “we received many citizen and media inquiries since issuing a press release Sunday concerning the police stop of Lt. Caron Nazario. As we have a limited staff, we are working to respond to them. Daily, we are taking actions to rebuild the public's trust in the Windsor Police Department.”

It said all bodycam footage of Officers Gutierrez and Crocker was posted on the Town of Windsor website.

"Additionally, the Chief of Police is continuing to implement training in accordance with Department of Criminal Justice standards for the Windsor Police Department, some of which will take place during the Virginia State Police investigation.

"Further, the Virginia State Police investigation has begun and numerous requested documents have been provided."

It went on to say, “Our goal is to always ensure transparency of our practices and procedures; we will provide information as possible, and as allowed, during the investigation.”