On the November ballot, voters will be asked to decide on renovations for the exposition center in East Austin. 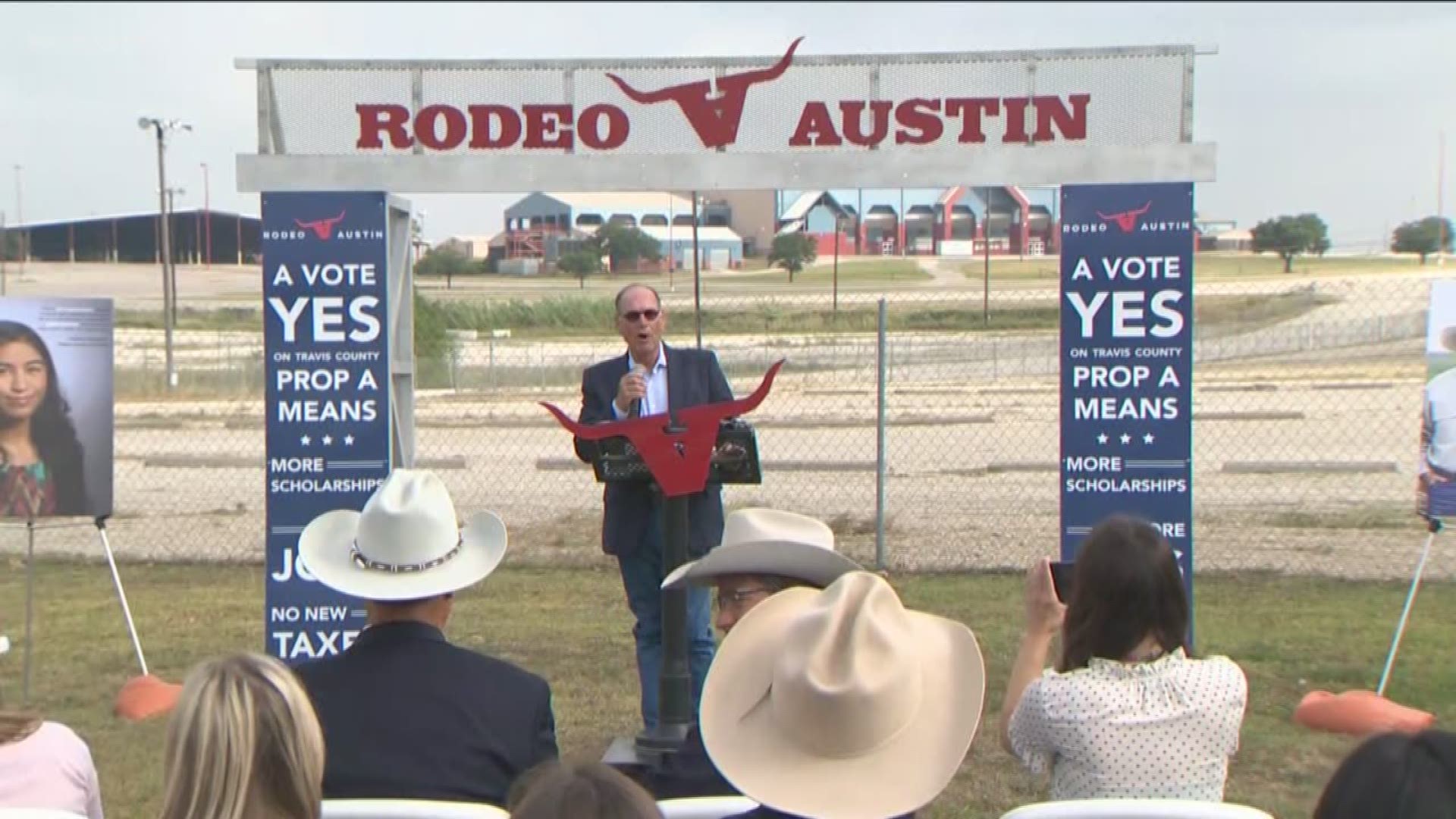 AUSTIN, Texas — Come November, voters will decide on whether the county should make renovations at the Travis County Exposition Center in East Austin.

At a press conference Oct. 9, Rodeo Austin argued that, if passed, the proposition would result in significant investments in East Austin and new jobs. Rodeo Austin's annual rodeo in March is held at the exposition center.

Rob Golding, Rodeo Austin CEO, said at the press conference that the two weeks of Rodeo Austin's operation in March brings the city $77 million and 290,000 tourists. The organization also has a scholarship program for students seeking funding for their college education.

"The vote will mean more scholarship money, more jobs and more events at a redeveloped expo center," Golding said. "A 'yes' is a long-overdue economic shot in the arm for East Austin."

Here's what you should check out at Austin Rodeo

Travis County Commissioner Jeff Travillion said at the event that passage of the proposition would build jobs and give East Austin children access to programs.

"One of the rules of government is that we spread the wealth," Eckhardt said. "We are really struggling to meet the expectations of visitors to the expo center in its current state."

You can find the ballot for Nov. 5 here. Early voting runs from Oct. 21 through Nov. 1.