Truckers Driving Towards an End to Human Trafficking 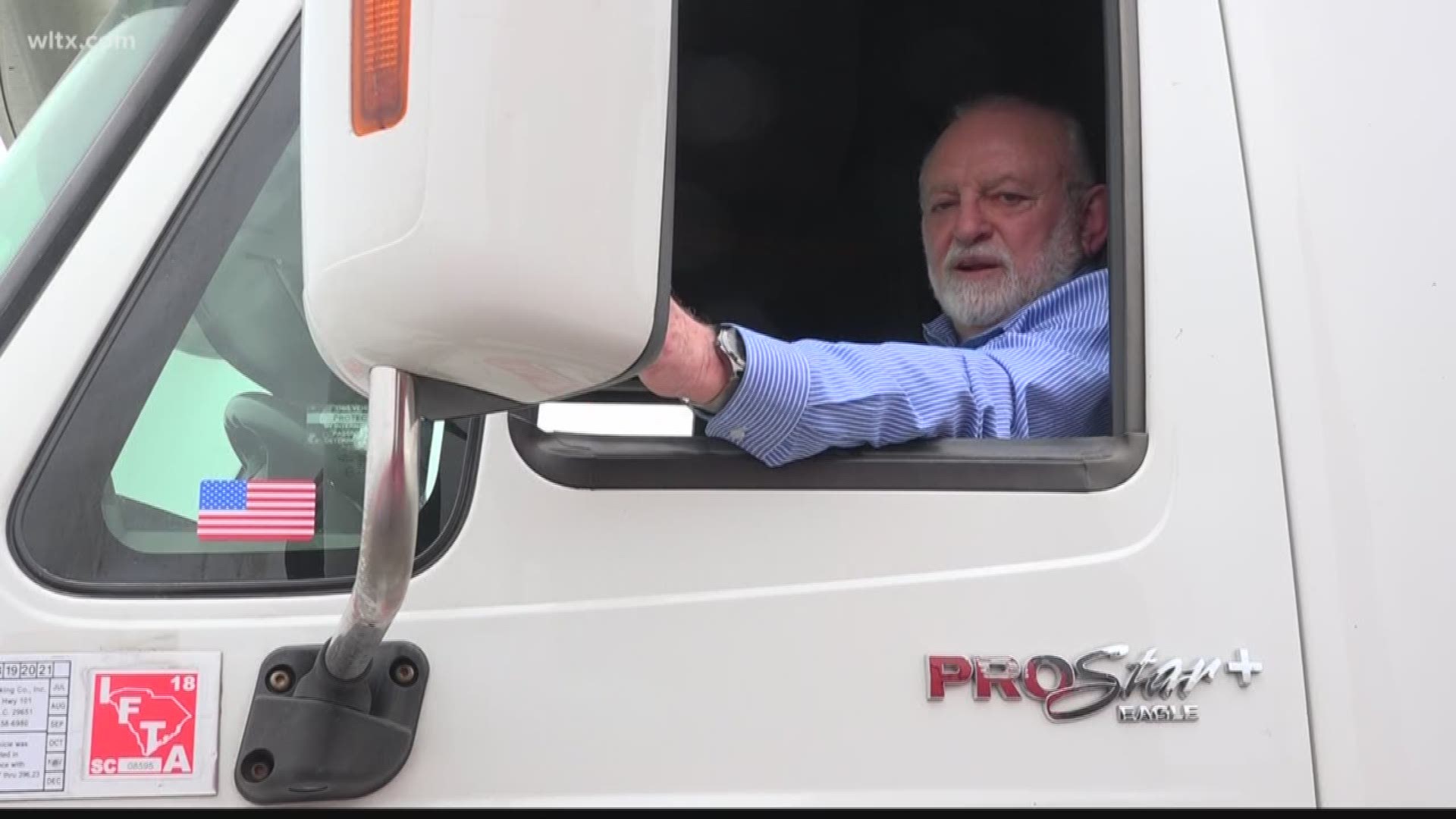 Columbia, SC (WLTX) - Human Trafficking is the fastest growing criminal enterprise in the world and officials say it can be seen in trucking industry.

On the open road is where you would find Jim Gibson behind the wheel for the last forty years.

"I do what I enjoy doing. See the country. I didn't have to work at the desk with anybody in close quarters. I'm pretty much my own boss," said Gibson.

He's the driving improvement coach at G & P Trucking in Gaston and he's seen it all but not all of it's good.

Human trafficking is one of the fastest growing crimes within the United States.

Gibson says he was able to help in a sting at a Columbia truck stop to find human trafficking victims.

"This is not a new issue, it's been going on for a long time. In a matter of six hours, they were able to make eight arrests. One was an underage juvenile and the rest of them were what they said trafficking prostitutes," said Gibson.

On Thursday, Attorney General, Alan Wilson, held a press conference with Truckers Against Trafficking and the South Carolina Trucking Association to discuss the issue of human trafficking within the industry.

“Interstates around the country, you look at the trucking plaza, many of the trafficking victims are pimped out at these locations and it is the truckers that are on the front lines that are going to be able to see this,” said Wilson.

“It impacts tens of thousands of children, women, and men in South Carolina alone. We believe we can bring real value to this cause,” said Todd.

The 501-c group, Truckers Against Trafficking, says truck drivers are in a position to help law enforcement.

“At any given time, there are more truck drivers on the road than there are law enforcement officers. They are critical in this fight. (They) are trained, equipped, and empowered to recognize those signs of human trafficking and then immediately and affectively report it to law enforcement,” said a spokesperson for Truckers Against Trafficking.

On Thursday, truck drivers traveled to the Columbia Convention Center to be trained on the signs of human trafficking.

John Mckown is a driving instructor who's helping train truckers know what to look out for.

"Imagine your daughter or your sister or your niece being raped fifteen to twenty times a day. That's why we have to bring this awareness," said Mckown.

Mckown says a lot of it can happen at truck stops around the country where victims are used for prostitution. He says keeping your eyes open can help save someone from the world of human trafficking.

"If you see a young girl or young boy that just doesn't look right in an area where they really shouldn't be and it's kind of weird that they're there, chances are they're being prostituted and being trafficked," explained Mckown.

Gibson says he and G & P Trucking will be training drivers how to recognize these signs and help put an end to this issue.

If you see something that’s not right and think someone may be human trafficked, Truckers Against Trafficking says you should call 1-888-373-7888.