You could say it was a good day on the river for Tyler Barnes and Joey Baird who are both catfish record-holders in North Carolina. 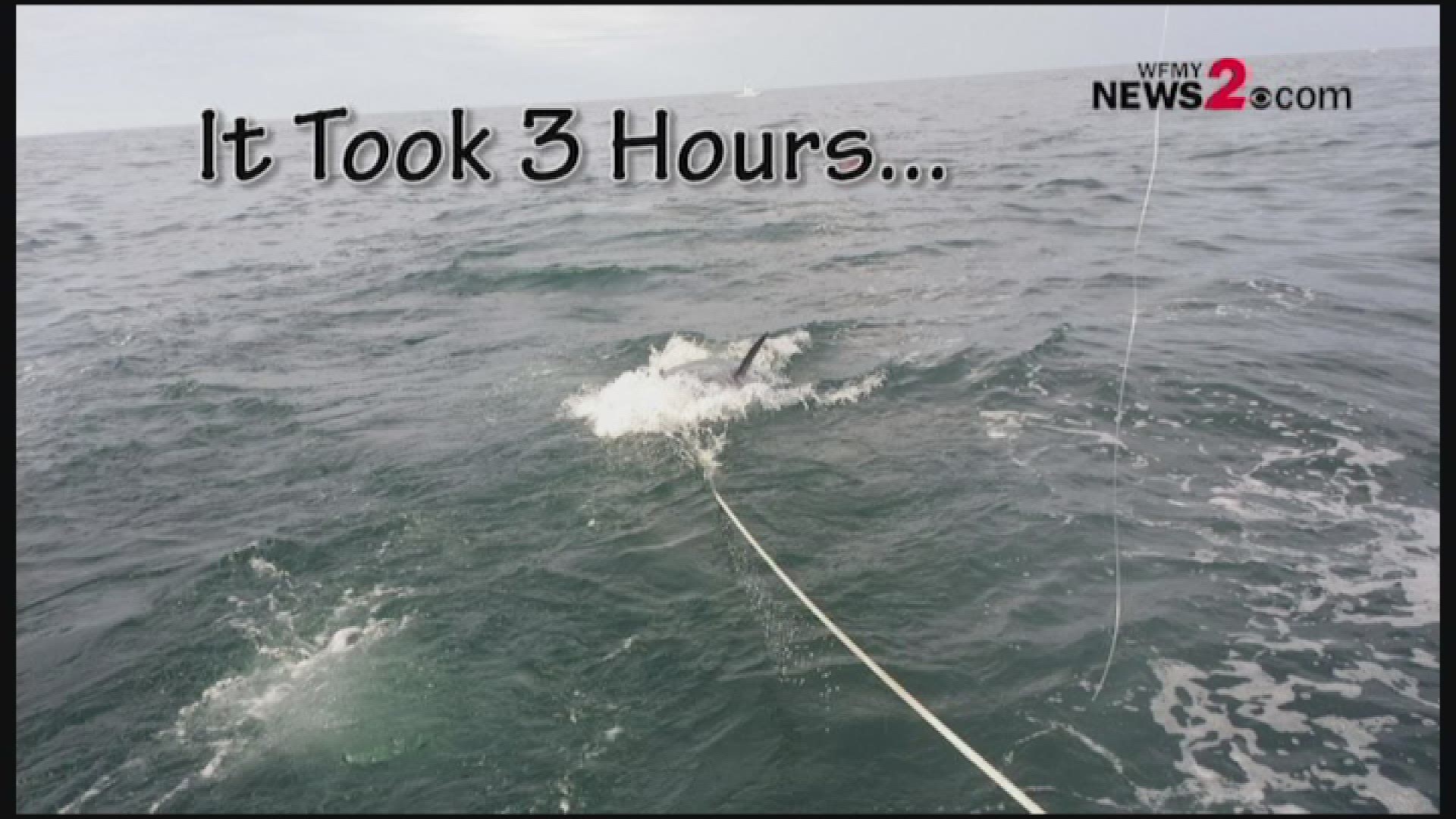 GREENSBORO, N.C. — Editor's note: Video from a previous story in the Outer Banks

It was a monster catch for two anglers in North Carolina who are now both catfish record holders!

You could say it was a very good day on the river for Tyler Barnes. On July 20, Barnes who’s from Pikeville, North Carolina reeled in a flathead catfish weighing 78-pounds and 14-ounces while fishing on the Neuse River. The North Carolina Wildlife Resources Commission reports Barnes beat a 15-year-old freshwater fish state record with his flathead catfish. He caught the catfish which measured 52 inches in length and 37 inches in girth, using a live sunfish as bait. The previous record was held by Brian Newberger of Fayetteville, who caught a 78-pound flathead from the Cape Fear River on Sept. 17, 2005.

Another monster catch broke a state record on July 5, when Joey Baird, of Lawrenceville, Virginia was fishing with a friend at Lake Gaston. Baird reeled in a 121-pound, 9-ounce blue catfish from Six Pound Creek at Lake Gaston. The catfish measures 60 and a half inches in length and 40 and a half inches in girth. The North Carolina Wildlife Resources Commission said Baird’s fish is the fourth state record for blue catfish to be caught from the lake.

The previous record-holder caught a 117-pound, 8-ounce blue catfish on June 11, 2016. Baird used cut-bait to reel in the monster catch to break the record.

Both catfish were released back into the water.

RELATED: FREE! How To Get A Free Outer Banks Travel Guide

1 / 9
Yellowfin tuna are available off the Outer Banks all year long. It really heats up in mid to late spring. Yellowfin range in size from 15-75 pounds. Courtesy: NOAA

RELATED: What You'll Reel In | Types Of Fish You'll Catch In The Outer Banks