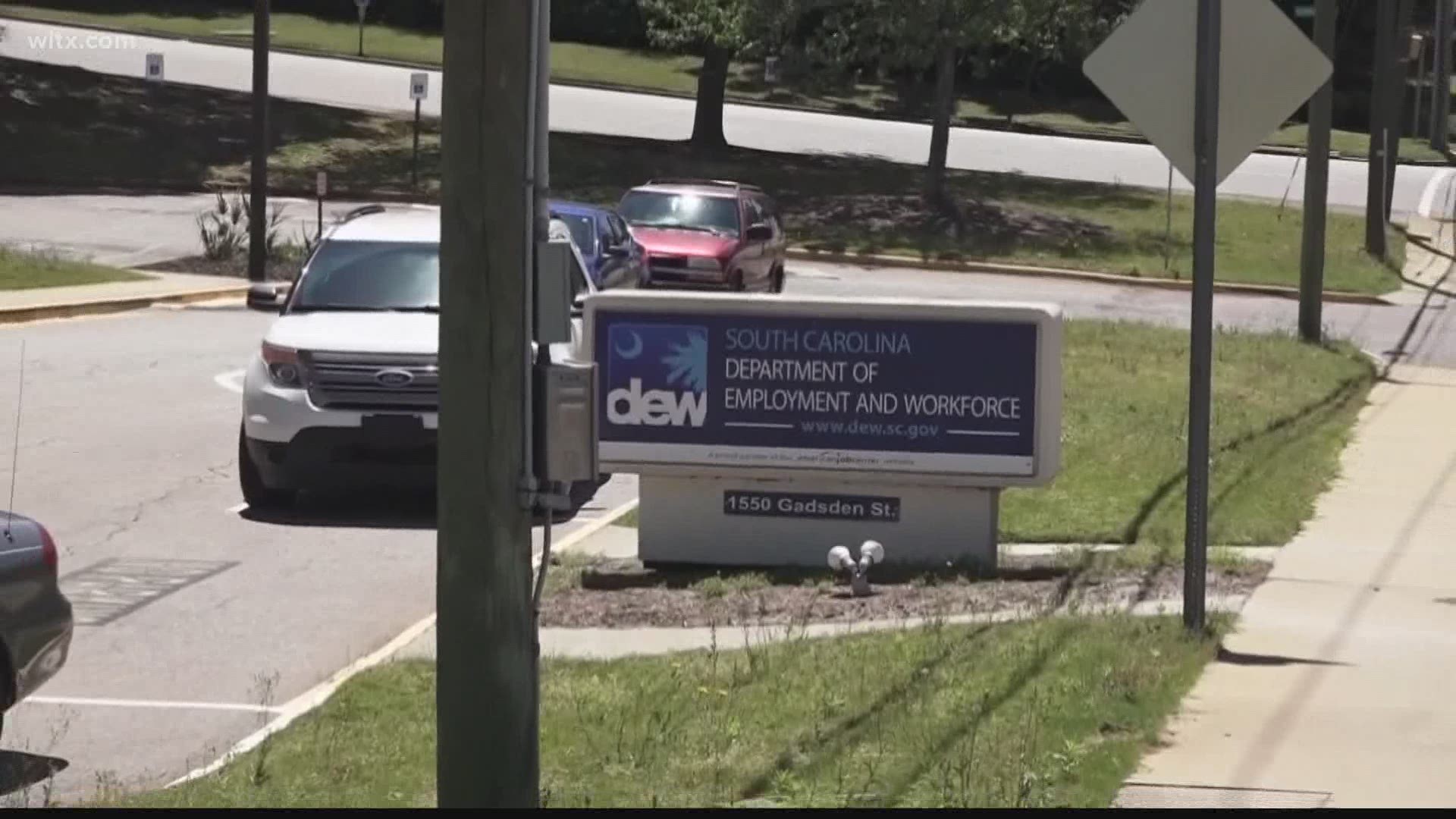 COLUMBIA, S.C. — Since the pandemic, the Department of Employment and Workforce have seen record breaking unemployment claims. Over the past several weeks there has been a consistent decrease, but the numbers remain high.

While this is the fourth week in a row the numbers show a downward trend, Suber said the agency isn't out of the woods just yet.

"It's too early to tell," Suber said. "We do think it's trending in the right direction, but I don't think there is enough data yet to say this is us turning a corner."

This weeks numbers marks the new lowest amount of claims since the start of the pandemic. Let's take a look back at the past several months.

During the last week of March on the 28 DEW received almost 65,000 claims in one week.

In April, at the height of the pandemic, the highest number of claims was nearly 88,000.

"You see the decline over the last three weeks and we're still trending downward, which gives us hope that we may be recovering or moving into the right direction," Suber said.

Suber said he hopes to see the shift go from unemployment to re-employment soon.

"It's our hope with individuals moving into one program to another, the economy starting to slowly open back up, we're hoping individuals are finding gainful employment, so we do hope by the decline in new claims we're seeing that individuals are going back to work," Suber said.

For those who are looking for employment, Suber said they have more than 95,000 jobs available on their SC works website, click here.

Missing woman in West Columbia, hasn't been seen in days

66 players opt out of NFL season due to coronavirus pandemic