The change would require the university to ask the General Assembly for an exemption to the Heritage Act. 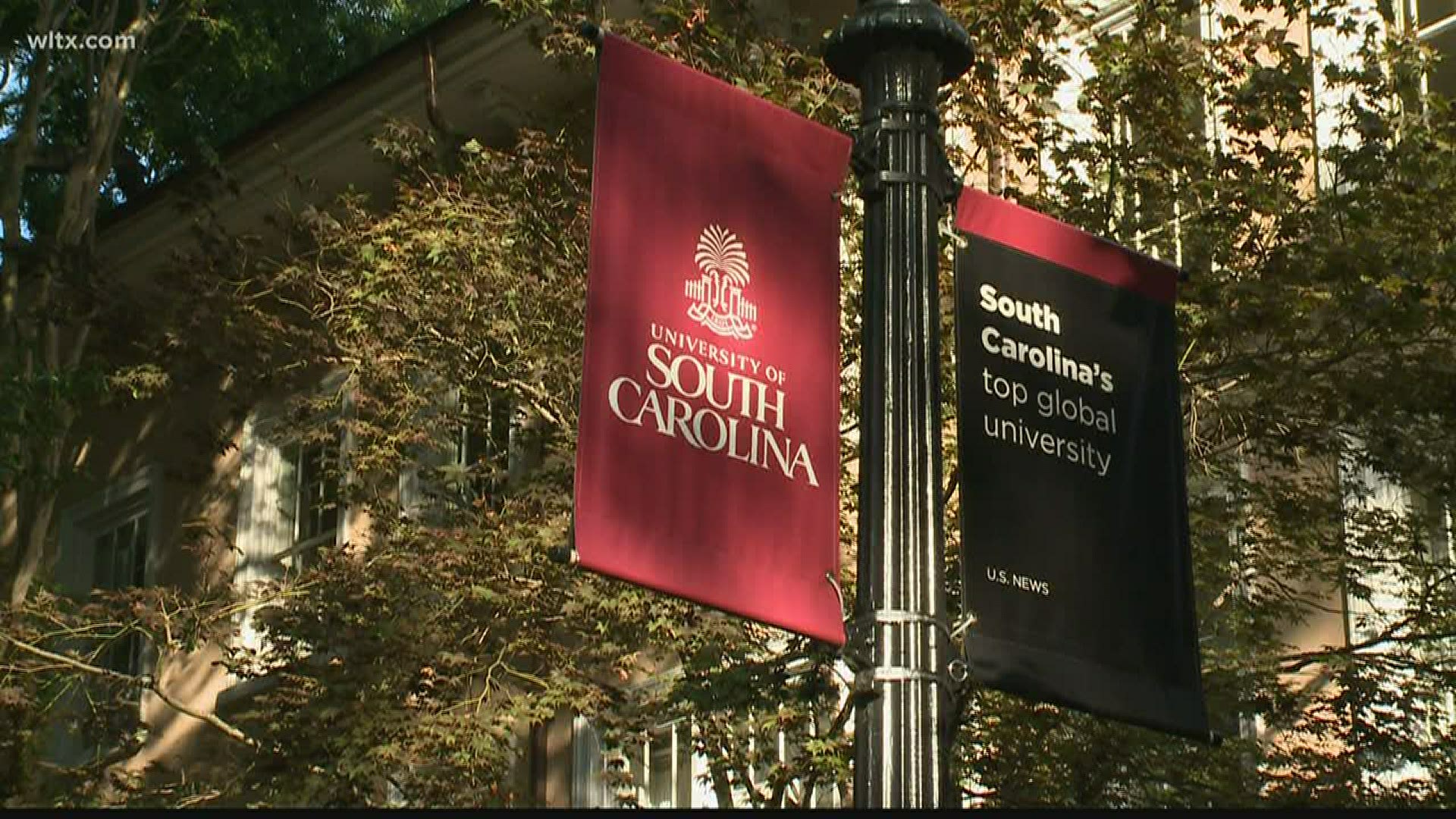 COLUMBIA, S.C. — In a letter to students, faculty and staff, University of South Carolina president Bob Caslen said Monday he endorsed a resolution to rename the J. Marion Sims residence hall on the Women’s Quad.

The recommendation from the Presidential Commission on University History will be presented to the Board of Trustees at its meeting this Friday, June 19.

In the letter, Caslen said:

"I believe we are at a point in our nation’s history where action matters more than words alone. That is why I enthusiastically endorsed the recommendation from the Presidential Commission to rename Sims. This change will require the university to ask the General Assembly for an exemption to the Heritage Act, which forbids renaming of state-owned buildings without a two-thirds vote of the legislature. If approved by the General Assembly, I look forward to sharing with you the process by which a new name will be selected."

Caslen went on to say that students and others have raised concerns for many years about the building bearing the name of J. Marion Sims.

"As the Commission notes, his legacy is a complex one, but it is without dispute that he performed hundreds of medical experimentations on enslaved African American women," Caslen said. "For this reason, Sims’ name was removed from one of our scholarship programs last year. We are all endowed with human frailties and our products of our time, but the actions that are such a large part of Sims’ legacy are incompatible with respect for human dignity and the values we hold dear as a campus community.

RELATED: Columbia Mayor Says Statue of 'Butcher' Should be Removed

In the letter, Caslen said there are other buildings up for review by the Commission, though he did not name them.

"Today’s action to the Board is a needed first step. Through the establishment last year of the board-approved Presidential Commission on University History – the first official action I took as president – we will continue to study and place into the context the histories of the people whose names adorn our buildings, and – more broadly – to capture the voices and contributions of forgotten, excluded, or marginalized groups and individuals who positively contributed to the establishment, maintenance and growth of our university." Read the full resolution below.

Whereas, President Robert Caslen authorized the creation of the Presidential Commission on University History, in order to study and better understand the history of the university, including histories of the people whose names are on its buildings, some of whom ardently supported the institution of slavery, owned enslaved persons, and/or held or expressed deeply racist views,

Whereas, a women’s residence hall is named for J. Marion Sims, an alumnus who obtained the title of the “father of modern gynecology” by performing unethical medical practices on enslaved women from 1845 to 1849. His perfection of a cure for vesicovaginal fistula, which closed dangerous openings between the bladder and vagina, a condition often caused by giving birth, was practiced on enslaved women purposely without the use of ether anesthesia (developed in 1846). Anarcha, an enslaved woman, was just 17 years old when Sims began the first of 30 surgical experiments that he would ultimately perform on her body. Records provide knowledge of his use of at least 11 other enslaved women for medical experimentation, including two individuals named “Lucy” and “Betsey.” Records also show that some doctors who assisted Sims after being made aware of the inhumane treatment refused to continue working with him. Sims then used enslaved persons to hold down women during surgeries.

Whereas, members of the University’s communities have made known that they strongly oppose the use of Sims’ name on the women’s residence hall, due to the long history of medical racism in the United States, including the work of Sims and others during the antebellum period, the Tuskegee Experiment (1932-1972), and “The Mississippi Appendectomy,” a name given to a practice of sterilizing African American women without consent from 1933 to 1973. This history provides evidence of institutional racism at the core of injustices on Black bodies. The argument that African Americans do not feel pain originating during slavery and persists in some medical practice today. Research shows that African Americans with the same health insurance and access to medical care receive less care and are less likely to be believed when they describe pain. A 2018 Centers for Disease Control report revealed that the maternal death rate for African American mothers is double that of white women. Medical experiments on African American people’s bodies throughout history have resulted in abuse of a minority population while advancing medical treatments for, and the stature within the profession of, others.

Be it resolved; the President’s Commission on University History recommends to President Caslen that the University should request permission of the General Assembly to remove the name of J. Marion Sims from the women’s residence hall.