The long-awaited report still acknowledges that only the legislature can fully remove the names. 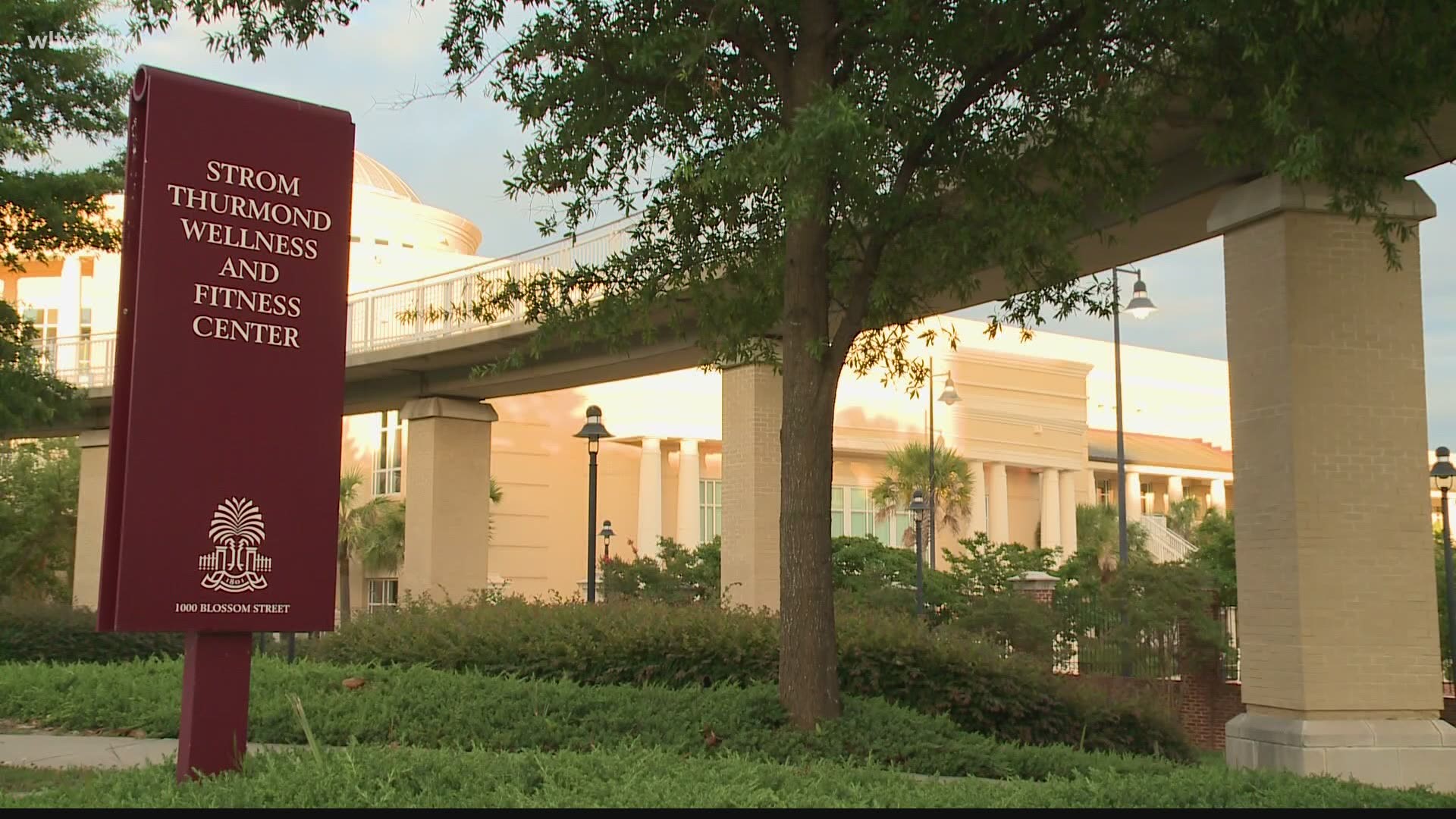 COLUMBIA, S.C. — A special commission has recommended renaming 10 buildings or monuments on the University of South Carolina campus that honor Confederates, slaveholders, or people who advocated for segregation. However, it's unclear if these buildings will ever be renamed due to a state law that governs tributes and memorials across the state.

The University of South Carolina's Presidential Commission on University History's final report was released Friday after the group met and gave final approval after reviewing its findings. It's a 300-page document that was prepared after months of research by a 30 member group of scholars, university officials, and community leaders.

The recommendations will now be given to the university's board of trustees.

The commission's work began in October of 2019 after some called for buildings to be renamed following the death of George Floyd and the conversations it began about America's history on race. That included a group of prominent former USC athletes who called for the removal of the name of the late Strom Thurmond from the Wellness and Fitness Center. Thurmond was a former governor and served 48 years in the U.S. Senate from South Carolina but also advocated for segregation and ran for president in 1948 on a platform of racial separation. He died in 2003 after retiring from the Senate months earlier.

In a preliminary report, the commission came up with a list of 13 people who had buildings, rooms, or landscapes named after them but who also were identified as having problematic histories. That included some who advocated for institutional slavery and racial segregation. The commission did look at the positive contributions of each of the people as well, the university says.

In the end, the commission recommended changing 10 of the 13 names it examined. On that list are names that are adorned on some of the largest and most iconic buildings on campus, including the Longstreet Theater and the Thomas Cooper Library, in addition to the Thurmond Fitness Center.

McCrae said changing the name does not mean changing history, but how the university looks to the public.

The President of the American Heritage Association, Brett Barry said any name changes or monument removals encourages cancel culture at a time when it should be rejected. He said he believes South Carolina will not support the name changes.

"At the end of the day, while all sane people reject societies past racist views, renaming many of these buildings or removing the monuments is throwing the baby out with bath water," Barry said. "They want to remove the name Robert E Lee. He lived an incredible life and had many positive contributions to the American story. He was even revered by the North after the Civil War and yet, he's on the list that USC finds unacceptable."

Recommended for renaming at the Univ. of South Carolina:

The J. Marion Sims building was not in the report because it had already been recommended for renaming last year. Sims is considered to be a pioneer in gynecology but gained much of his knowledge by conducting experiments on slaves.

Currently, however, the University cannot legally remove the names. In a letter to students in advance of the report's release, President Harris Pastides said the Heritage Act prohibits the renaming of buildings and removal of statues without the approval of two-thirds of the South Carolina General Assembly. The prospects of that happening are uncertain.

However, Pastides said the school has an "obligation to better educate the community on the university’s true history, including the significant contributions made by African Americans."

“Each of us will view the report through our own lived experience and will interpret the recommendations through that lens,” Pastides said. “The Commission has provided us with greater insight into our university’s complex history, including painful chapters that we cannot ignore. By learning our history, and grappling with its complexity, we can create a more inclusive, and better, future for all of us.”

To that end, the commission came up with a list of names of prominent South Carolina African-Americans which could be used for future naming opportunities:

The report also came up with educational initiatives to better tell the history of the university.

Some U of SC also supports the decision to replace the names.

"Names are a big deal. If you’re going to be named after a building, you might as well have done something for a good cause," said Frances Hatchful, U of SC Student. "If there were question marks, I don't think you should really deserve to have named for a building. So I think it’s a great initiative the school is taking."

One student said it's a great start for progression at the university and makes it better when it comes to increasing diversity.

Pastides will now get an implementation group made up of administration, faculty, students, and alumni to provide advice and future recommendations with respect to research, education, communications, and other efforts related to the commission’s report.

The Board of Trustees will also consider new criteria on how future buildings can be named for prominent individuals.