Cayce Planning Commission gives thumbs down to new Cook Out

The City of Cayce Planning Commission has voted for to recommend a denial to rezone for a new Cook Out on Knox Abbott Drive. 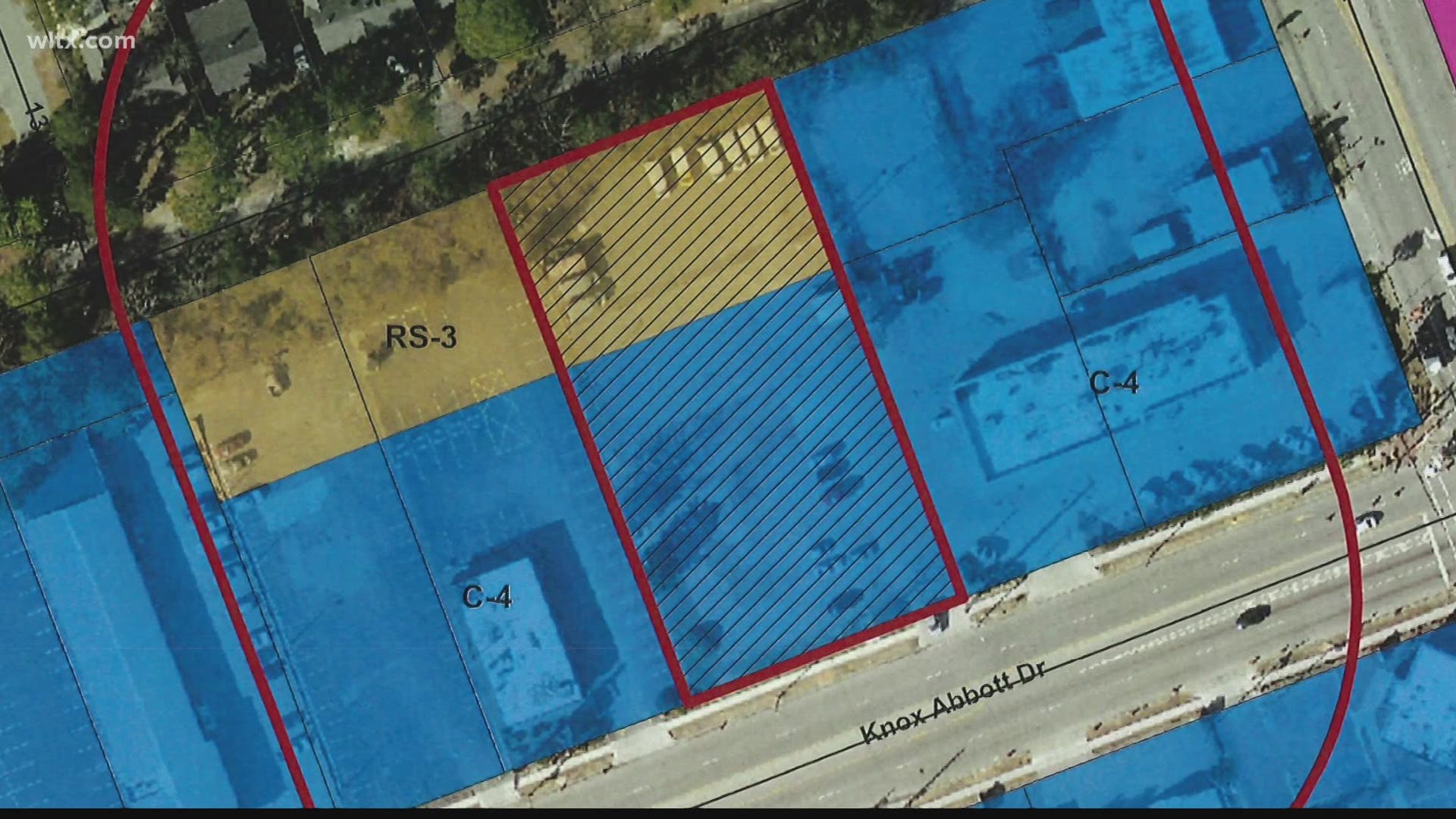 CAYCE, S.C. — The City of Cayce Planning Commission has voted for a recommendation of denial regarding a Cook Out potentially coming to the area after listening to some members of the community at a public hearing.

Nancy Stone-Collum lives on H Avenue in Cayce and loves the place she calls home.

She's concerned about a potential new development that could be coming to the City of Cayce.

According to city documents, a Cook Out restaurant could come to the property on Knox Abbott Drive. This would be near the Krispy Kreme.

Residents have expressed their concern on how they think the business could transform their quiet neighborhood.

Following a planning commission hearing on Monday night, the City of Cayce released this statement saying in part:

"The first request was sent forward with a recommendation for denial by a 4 to 3 vote... These recommendations will now to Cayce City Council where all rezoning requests require two readings by the members of Council. This is only a zoning request, thus, at this time, no site development plans for either property have been provided or reviewed by the city."

The Planning Commission will get recommendations and will then present the information to city council for their meeting next month on July 14th.