South Carolina Law Enforcement Division determined after an investigation it was wild pigs. 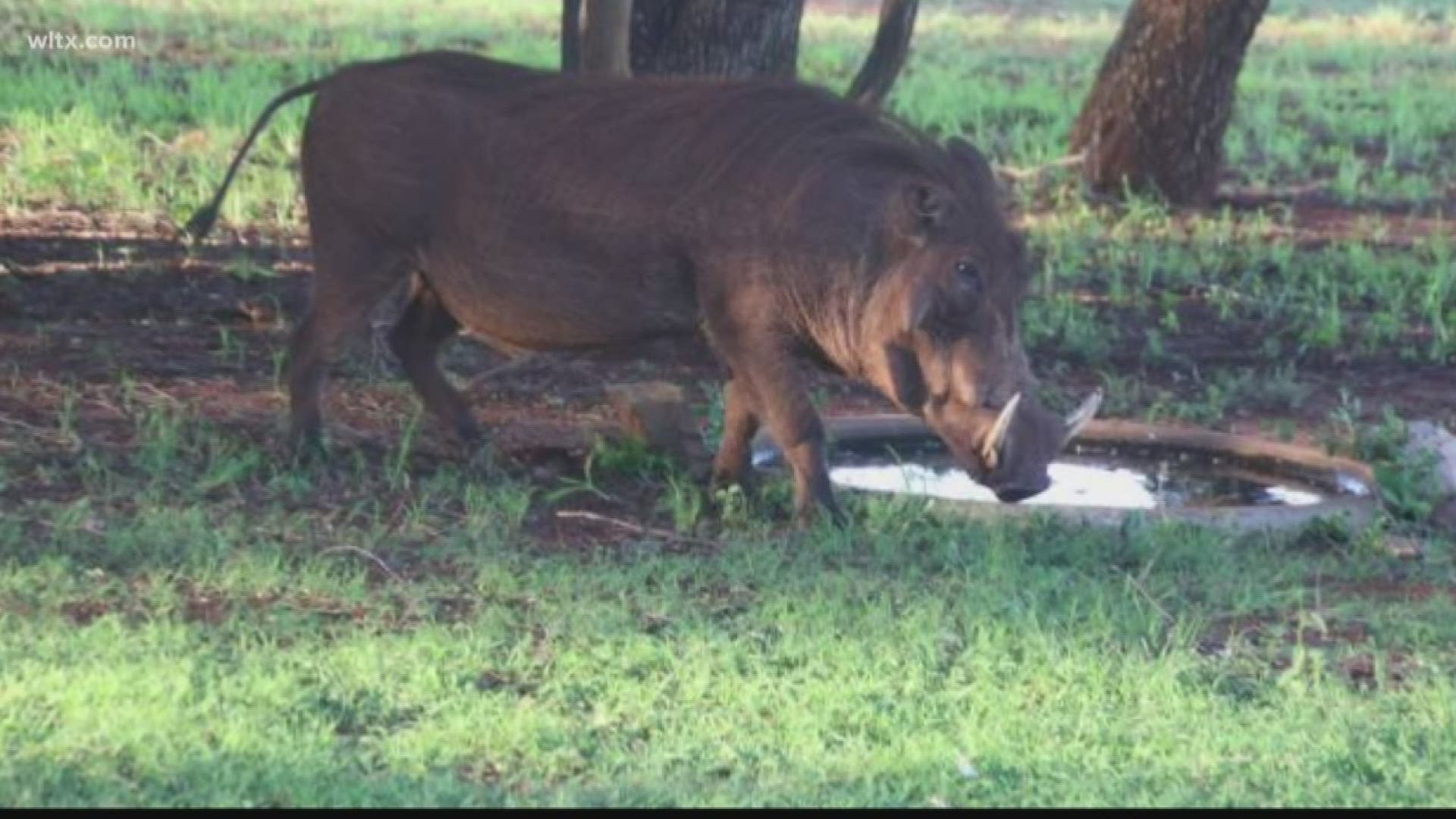 Authorities say five of six horses injured or killed in northern South Carolina this fall were attacked by wild boars.

Owners had initially worried the horses had been stabbed or slashed in Greenville and Spartanburg counties, but the State Law Enforcement Division said agents checked animal tracks and consulted with veterinarians to determine the injuries were from animal attacks.

The horses had wounds so deep that intestines or bones were exposed.

Three of the horses were killed or had to be euthanized.

Authorities say a sixth case involved a horse that was shot and is still under investigation.

"The best way to deal with hogs, the most effective approach to dealing with any kind of nuisance wildlife is exclusion - this being fencing," said Mark Carroll, a Wildlife Biologist with the South Carolina Department of Natural Resources.

The South Carolina Department of Natural Resources helped in the investigation.

Carroll says generally, wild boar are very wary of people, but just like any wildlife they can get aggressive when cornered.

"I have encountered [wild pigs] just from being out in the woods and working," said Carroll. "Most of the time, as soon as they are aware of my presence, they're going the opposite direction."

Wild hogs are more common in the southern states. The US Department of Agriculture (USDA) says they've received reports of feral swine in at least 35 states.

There are more than 6 million in population, and experts say they're rapidly expanding. According to the USDA:

"Range expansion over the last few decades is due to a variety of factors including their adaptability to a variety of climates and conditions, translocation by humans, and a lack of natural predators."

Carroll says the biggest problem with the pigs is their rooting nature.

"The biggest problems that we have with wild pigs in South Carolina is damage to crops, they can be damaging to turf, landscapes, they make wallows and rubs," said Carroll. "Sometimes you can have them on your property for a while and they might be gone a little bit. Then you might see them back several months later. Sometimes there's no rhyme or reason or pattern to their movements."

To help control the wild boar population, DNR is allowing hunting during the day and night with special permits. Carroll says there is no closed season for hunting wild hogs on private lands with a valid hunting license during daylight hours.