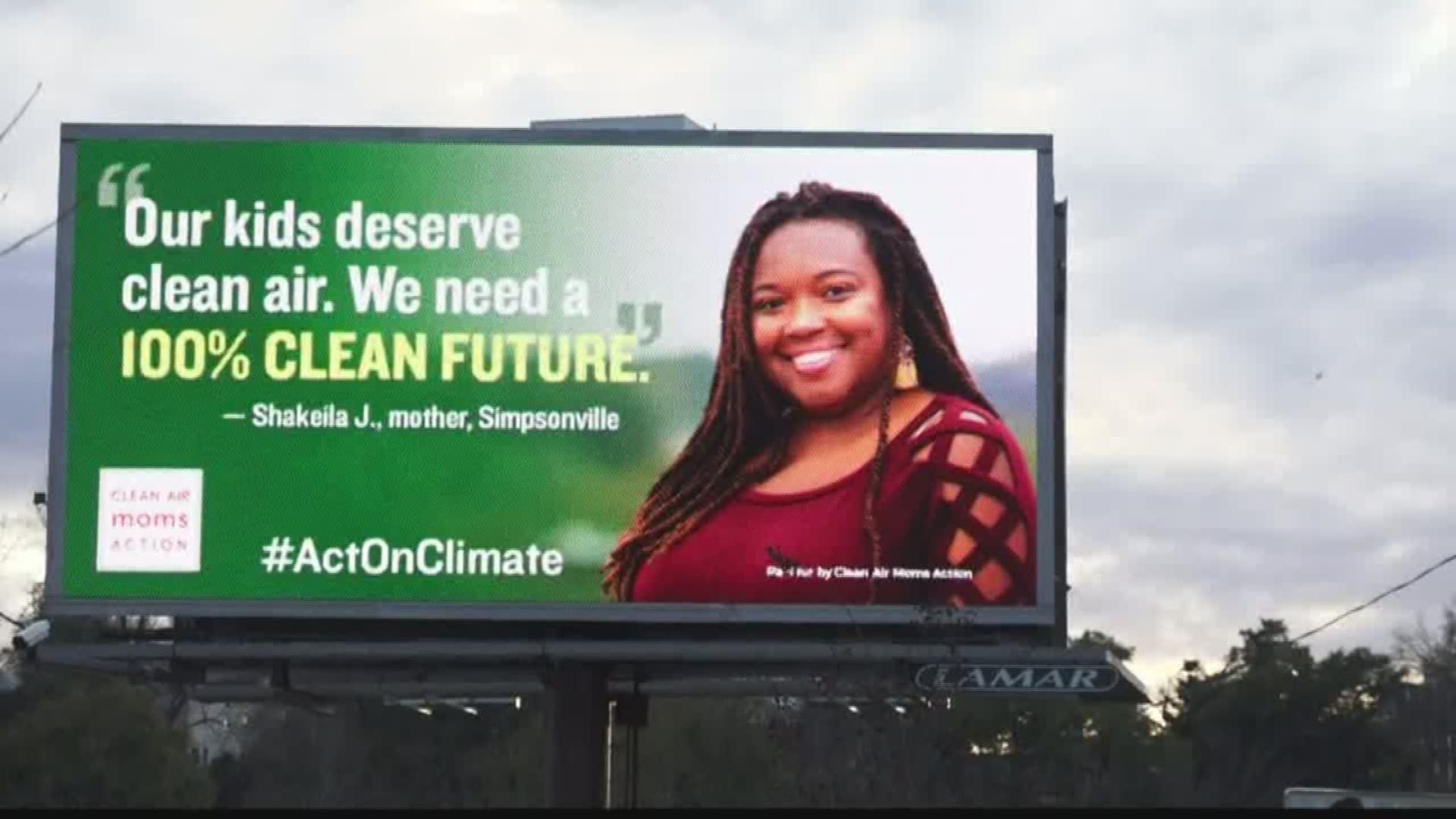 COLUMBIA, S.C. — An Upstate mom is hoping to make us think about the air we breathe, and how we can make it cleaner.

Shakeila James is the South Carolina coordinator for Moms Clean Air Force. It's an organization that's focused on protecting children from air pollution and climate change.

James helped with a billboard campaign around the state, with the message of a "100% clean future."

James has a 12-year-old son with asthma, and has seen the effects of air quality in his daily life.

"When I have an asthma attack, it really burns my chest and in that time I have to know where my inhaler is at all time," says Jaden, James' son. "So if it's anywhere else, there's a chance that I won't get it in time."

According to DHEC, "South Carolina has clean air and is currently attaining all of the National Ambient Air Quality Standards."

However, they say there are ways to improve the air quality:

- Walk or bike to work

- When shopping for that next car, consider more efficient, less-polluting models

- Don't idle your vehicle; turn off your engine if you expect to be stopped for more than 30 seconds (except in traffic), and consider not using drive-through windows and instead parking and walking inside

Moms Clean Air Force also urges local municipalities to make changes to decrease their carbon footprints. That's something that Mayor Steve Benjamin says is already being done in the City of Columbia.

This year, city officials planted the last tree of their 10,000 Tree Project. .

"We're about to launch, just this next year, our very first solar farm on Bluff Rd. and I-77 right in front of our wastewater treatment plant," says Mayor Benjamin. "It should produce about one megawatt, for people's reference, enough to power 1,000 homes, but significantly reducing our reliance on the existing power infrastructure, helping us save tax payer and ratepayer money, but also reducing the amount of emissions into the community."

They are also making other investments in infrastructure to limit flooding throughout the city.

James hopes drivers will see her billboards all around the state and want to make a change.

For more information on Moms Clean Air Force, check out the link here.