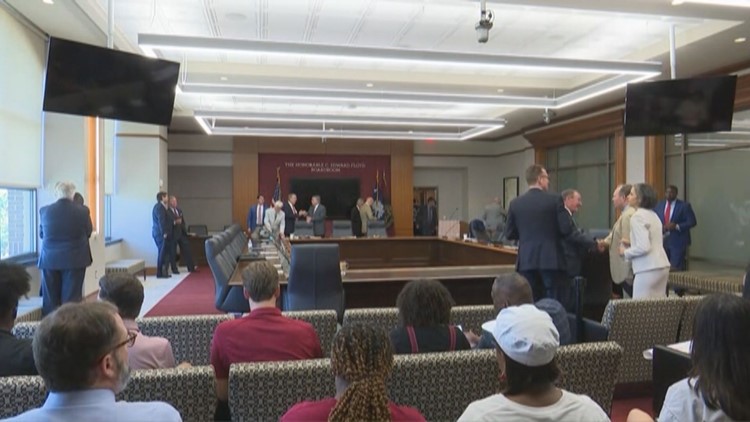 COLUMBIA, S.C. — Before the University of South Carolina Board of Trustees Board Meeting Friday to pick a new school president, a board member was caught making a statement that was picked up by a hot mic.

The unguarded moment happened prior to the session starting and roll was called. The member, identified as Egerton Burroughs,  made a statement that alleged the controversy with presidential candidate Robert Caslen was "all tied into the Democratic primary."

Burroughs was recorded saying "A lot of the people that are demonstrating are from out of town. I heard some of that Kamala Harris crowd is there...got this thing all tied into the Democratic primary." The comments were  broadcast to a room in the alumni center.

After almost two weeks of controversy, the board was voting on the nomination of Caslen, the three-star general who is the former superintendent of the U.S. Military Academy at West Point.