USC investigating reports that student was at Capitol riots

According to USC, the university is coordinating with the Federal Bureau of Investigation after reports that a student was present during the riots in DC on Jan. 6. 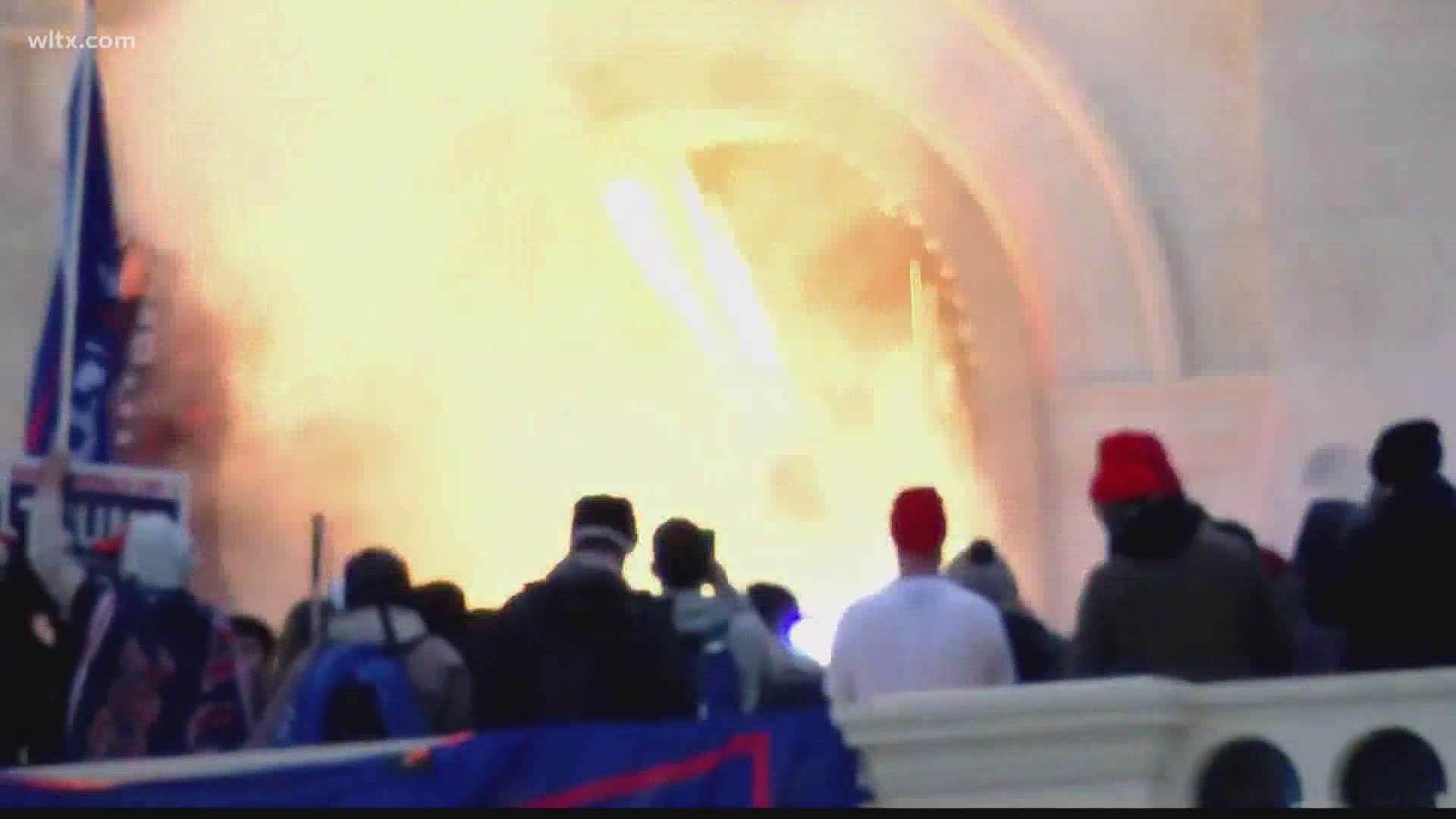 COLUMBIA, S.C. — The University of South Carolina is investigating reports that a student was present during last week's assault on the U.S. Capitol.

According to USC Spokesman Jeff Stensland, the University of South Carolina’s Division of Law Enforcement and Safety and the Office of Student Conduct are investigating after reports that a student may have been present during riots in DC on January 6.

RELATED: TIMELINE: From a presidential speech to insurrection, here's how the Capitol riots evolved

According to USC, the university is coordinating with the Federal Bureau of Investigation.

RELATED: National Guard sending up to 15,000 troops to DC ahead of Inauguration Day