Two USC Law School students and their professor helped with the lawsuit, which recently settled for $12 million and police reform. 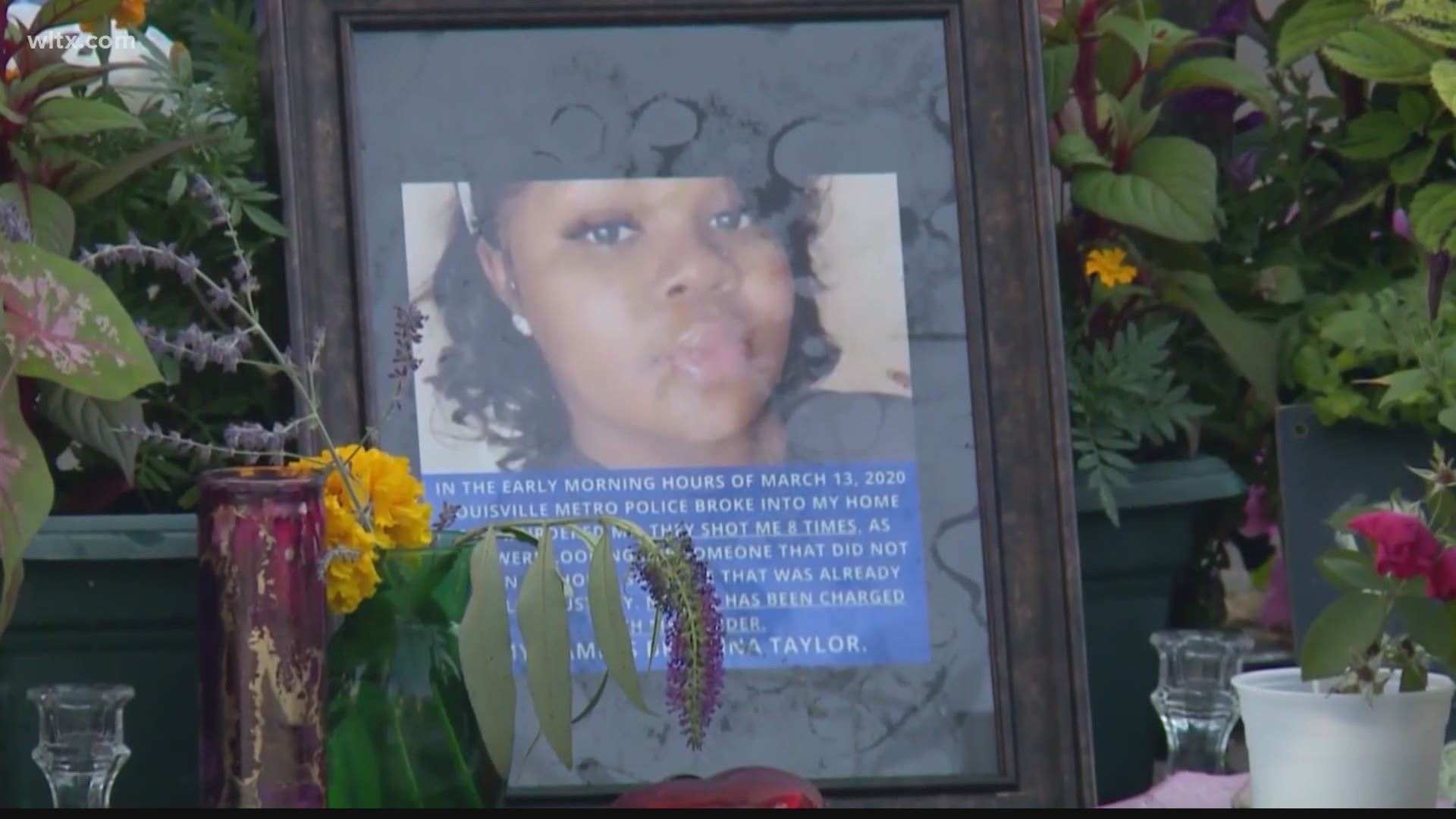 COLUMBIA, S.C. — More than six months after Breonna Taylor was shot and killed by police executing a 'no-knock' search warrant in her home in Kentucky, the City of Louisville has agreed to pay $12 million to her family and reform some police practices as part of a lawsuit settlement.

Among those helping in with the lawsuit were several USC School of Law students and their professor, Colin Miller.

"I kind of expected it from the start," Miller said. "It was clear that the family and the attorneys wanted two things. No amount of money can compensate the loss of their daughter, but this was a clear case of liability from our research. I think one great by-product of this is there’s a national push to end no-knock warrants, which I think is terrific given the research we’ve done in this case, finding these terrible impacts that they cause."

Miller and two of his research assistants, Anna Catherine Parham and Jasmine Caruthers reached out to the Taylor family and attorneys to offer free legal assistance.

"It certainly has been eye opening to me because at first I wasn't sure what was going to happen or not," Parham said. "I wasn't sure if it was going to go in favor or not of Taylor, but I'm so glad that it did, but it also reminds me of how far we have to go."

No amount can make up for the loss of Breonna Taylor's life, but I'm proud to have worked w/my @UofSCLaw students @ac_parham & @JasCaruthers on the civil action that led to today $12 million settlement: https://t.co/N7ymaXX8BN

Both students spent hours researching no-knock warrants for the lawsuit.

"When we first started off, we began speaking with the attorneys and kind of just got background information. This is a highly publicized incident, so just kind of navigating through that and then doing the research and understand no-knock warrants and then getting to the settlement," Caruthers said. "It's a pretty involved process."

Thank you for all the kind words y’all. I’ve recieved the sweetest messages today.

So wishing the Taylor family had their girl instead. The cops should still be held responsible, but happy to have been able to contribute to the case.#JusticeForBreonnaTaylor

RELATED: Here are the police reforms agreed on in settlement with Breonna Taylor's family

Now, they hope to continue helping the family.

Both said working on this case has impacted them in many ways.

"Just because a settlement has been reached doesn't mean this is over and that the cops won't be held accountable for their actions," Parham said. "This is just the end of the toad on the civil side."

'This isn't the end. The fight still continues," Caruthers said." Still have to get justice for Breonna and, while we're glad the civil side of it is handled, there is still the criminal side and the cops should still be held accountable for what they did."

Both students said they would also like to be involved in the Taylor case if any criminal action is taking in the future.