Caslen created controversy with his speech at last Friday's graduation. 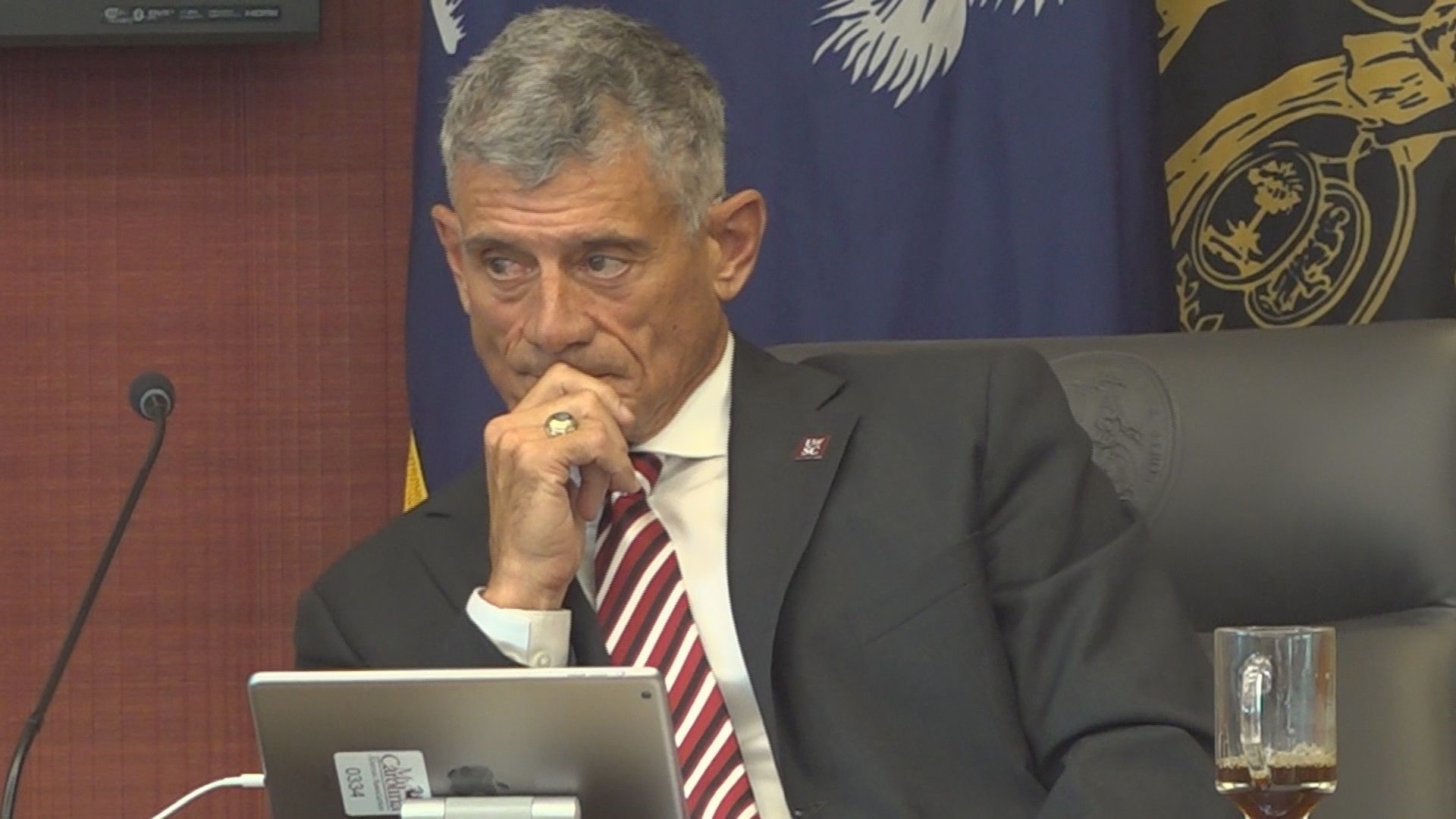 COLUMBIA, S.C. — University of South Carolina President Bob Caslen has resigned, saying that he has lost the trust of the university in the wake over a controversial graduation speech.

"After focused discussions with President Bob Caslen, University of South Carolina Board of Trustees Chair C. Dorn Smith III, MD has announced that President Caslen has tendered his resignation," the school said in a statement Wednesday night. "Chairman Smith thanked President Caslen and his wife Shelly for their service to the university during the challenges of the last two years."

Former University of South Carolina President Harris Pastides, who led the school for 10 years before Caslen took over, has been named interim president. Caslen's resignation is effective Thursday morning.

In a letter obtained by WLTX that was sent by Caslen to faculty, students, and staff, Caslen wrote, "Trust is the most important ingredient of effective leadership, and when it is lost, it is nearly impossible to lead. I believe that is the case right now between the University of South Carolina and its president."

"I am sorry to those I have let down," he went on to say. "I understand the responsibilities and higher standards of senior level leadership. When those are not met, trust is lost. And when trust is lost, one is unable to lead."

"I am also grateful for the numerous letters, tweets and texts of support from so many students, faculty, parents and other constituents. Your trust and confidence mean more than you know – thank you."

"I wish only the best for the future of the University of South Carolina, and its students, faculty, staff and alumni."

Caslen's problems involved his remarks at the commencement ceremony held last Friday night at Williams-Brice Stadium. Caslen's first irked graduates and attendees when he told graduates, moments after they turned their tassels on their caps, "it's now my honor and privilege to officially congratulate you as the newest alumni from the University of California."

The crowd began to murmur and a moment later someone off camera near Caslen says "Carolina." Caslen then corrected himself, saying "Carolina, sorry about that," telling the crowd he owned the graduates push ups.

Then on Sunday, political blog FitsNews reported that a paragraph from Caslen's speech might have been lifted from an address made by retired Navy Admiral Williiam McRaven seven years ago.

A day later, Caslen acknowledged in a letter to students and alumni that he used the quote and didn't properly attribute it. He offered to resign on Sunday, but the board chairman did not accept it.

"I am truly sorry. During my remarks in our weekend commencement ceremonies, I shared a well-known quote from Admiral William McRaven and failed to cite him as its original author and speaker," Caslen wrote. "I was searching for words about resilience in adversity and when they were transcribed into the speech, I failed to ensure its attribution. I take full responsibility for this oversight."

Caslen became president of the school in 2019 after a contentious process that saw some faculty openly object to the pick. In the end, he was elected on an 11-8 vote, with one trustee voting present.

Caslen is a retired Army general and former superintendent of the United States Military Academy at West Point.

Editor's Note: A previous version of this story said Caslen's last day would be Friday. It will be Thursday.