Police have arrested a man who they say kidnapped Samantha Josephson, a University of South Carolina, and killed her. 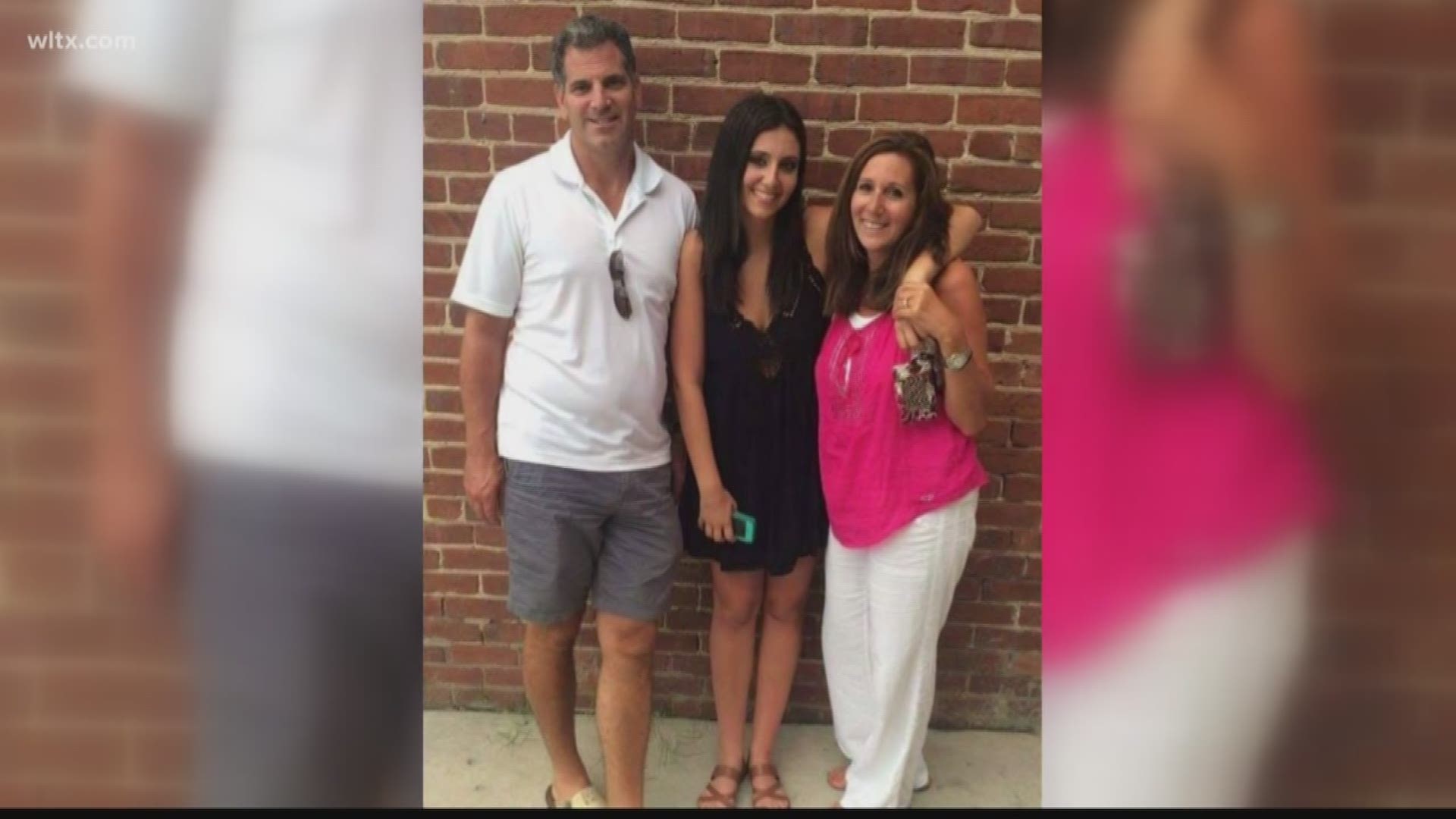 Clarendon County Coroner Bucky Mock released his findings Monday in the death of 21-year-old Samantha Josephson. Though Josephson lived in Columbia, the information came from Mock's office because her body was found in Clarendon County.

Josephson was killed after Columbia Police say she mistakenly got into a car thinking it was her Uber ride. Columbia Police Chief Skip Holbrook announced Saturday night that 24-year-old Nathaniel David Rowland is charged with murder in the case.

"Our hearts our broken," Holbrook said. "There is nothing harder than to stand before a family and explain how their loved one was murdered."

Rowland waived his right to appear at a court hearing Sunday afternoon at the Richland County jail, which is his legal right. During the proceeding, the judge said his bond would have to be set by a circuit court judge, due to South Carolina law.

Holbrook said Josephson, a senior political science major from New Jersey, had been hanging out with friends between 1:30 and 2 a.m. Friday morning at The Bird Dog at 715 Harden Street in Five Points. She somehow got separated from her friends, and decided to get an Uber ride using her phone.

Holbrook said she saw a black Chevy Impala pull up to the curb, thought it was her ride, and at 2:09 a.m., got into the back of the vehicle. However, it was reportedly not the car she was waiting for.

Hours later, her roommates, who all lived with her at The Hub high-rise in downtown Columbia, became concerned. At 1:30 p.m. Friday, they called police after all their efforts to reach her failed.

Officers began their investigation, and around 3:45 p.m., they got a call from the Clarendon County Sheriff's Office stating turkey hunters had found a woman's body in a wooded area off a dirt road. That's roughly 70 miles from where she went missing.

The area has thick trees, farms and very few people living nearby. It sits off Knowlson and Black Bottom roads. News19 spoke with people in that area who said they saw SLED agents and Clarendon deputies in the area late Friday afternoon.

Holbrook said Rowland had lived around there, and was familiar with the area where investigators say he left the body. The chief added that someone would almost have to know that spot to go to it.

Forensics investigators were able to confirm that the body found there was Josephson.

Around 3 a.m. Saturday morning, a K9 officer found a black Impala about two blocks from in Five Points. His partner pulled over the car, but the driver, Rowland, got out and ran.

The officer chased after him and was able to take him into custody. Police say a female acquaintance was with Rowland at the time and has been cooperating with investigators.

Holbrook said Josephson's blood was found in the vehicle, and child proof locks were on the back-seat doors, which would have prevented anyone from getting out. Her cell phone was also found in the passenger compartment, as well as wipes and bleach.

The chief did not take questions after delivering his statement, and did not reveal how Rowland killed the student.

He said several members of Josephson's family have come to Columbia. Prior to his briefing with the media, he gave them all the details the department had at that point.

"It was gut-wrenching," the chief said. "It was personal to us."

Rowland is now being held at the Richland County jail.

The student's death was first confirmed by her father, Seymour Josephson, on Facebook in a social post around 6 a.m. Saturday.

"It is with tremendous sadness and of a broken heart that I post this! I will miss and love my baby girl for the rest of life. Samantha is no longer with us but she will not be for gotten. It is extremely hard to write this and post it but I love her with all my heart. I could continue to write about her but it kills me. I sit here and cry while looking at the picture and write this."

Several hours later, University of South Carolina President Dr. Harris Pastides delivered the news to the campus in a statement.

It is with the heaviest of hearts that I write these words this morning. Our prayers are with the family and friends of Samantha Josephson following the devastating news of her death. Times like these leave me searching for words of wisdom and comfort. However, I take solace that the Carolina Family is here to embrace those who are hurting.

As you make plans for the weekend, remember the tenets of Stand Up Carolina: look out for one another, be active bystanders. Travel in groups and stay together. If you have not already done so, download the RAVE Guardian safety app, set up your profile and learn how to use it.

It has been a difficult week for our extended Carolina family. The loss of a student is never easy but this has been a particularly painful few days as we have experienced loss on several of our campuses. As a family, let’s continue to pray for all the families experiencing heartache and grief this week."

South Carolina Governor Henry McMaster said he and his wife were "devastated" and "crushed" by the death of the college student:

Josephson was a native of Robbinsville Township, New Jersey, a community "devastated" by her death:

"Mayor Dave Fried, B.A. Joy Tozzi and everyone in Robbinsville Township are devastated by the news that the Josephson family of Robbinsville have lost their precious Samantha.

Our thoughts, prayers, boundless grief and endless support are with Seymour, Marci and Sydney at this unimaginable time.

Personal note: Seymour was like a big brother to me throughout our young baseball careers, and as the father of a daughter of similar age out trying to make a real difference in the world, this is just beyond my comprehension capabilities.

Robbinsviile School District, where Josephson attended high school, called the student a "vibrant young woman with an infectious smile and a contagious laugh" in a statement to News19:

"Our hearts are heavy with grief and shock as we process the news of the sudden death of Samantha Josephson.  On behalf of our board and entire school district, we want to extend our deepest sympathy and love to the Josephson family.  Sami, a 2015 Robbinsville High School graduate, was a vibrant young woman with an infectious smile and a contagious laugh. Robbinsville is a strong and close-knit community and we will continue to find ways to care for and support our students, families, friends, staff, and community members as we hold the Josephson family in our hearts."