The Army veteran has been on the force for five years with an unblemished record. Supervisors say Officer Bebak-Miller "sets the bar high for his work ethic." 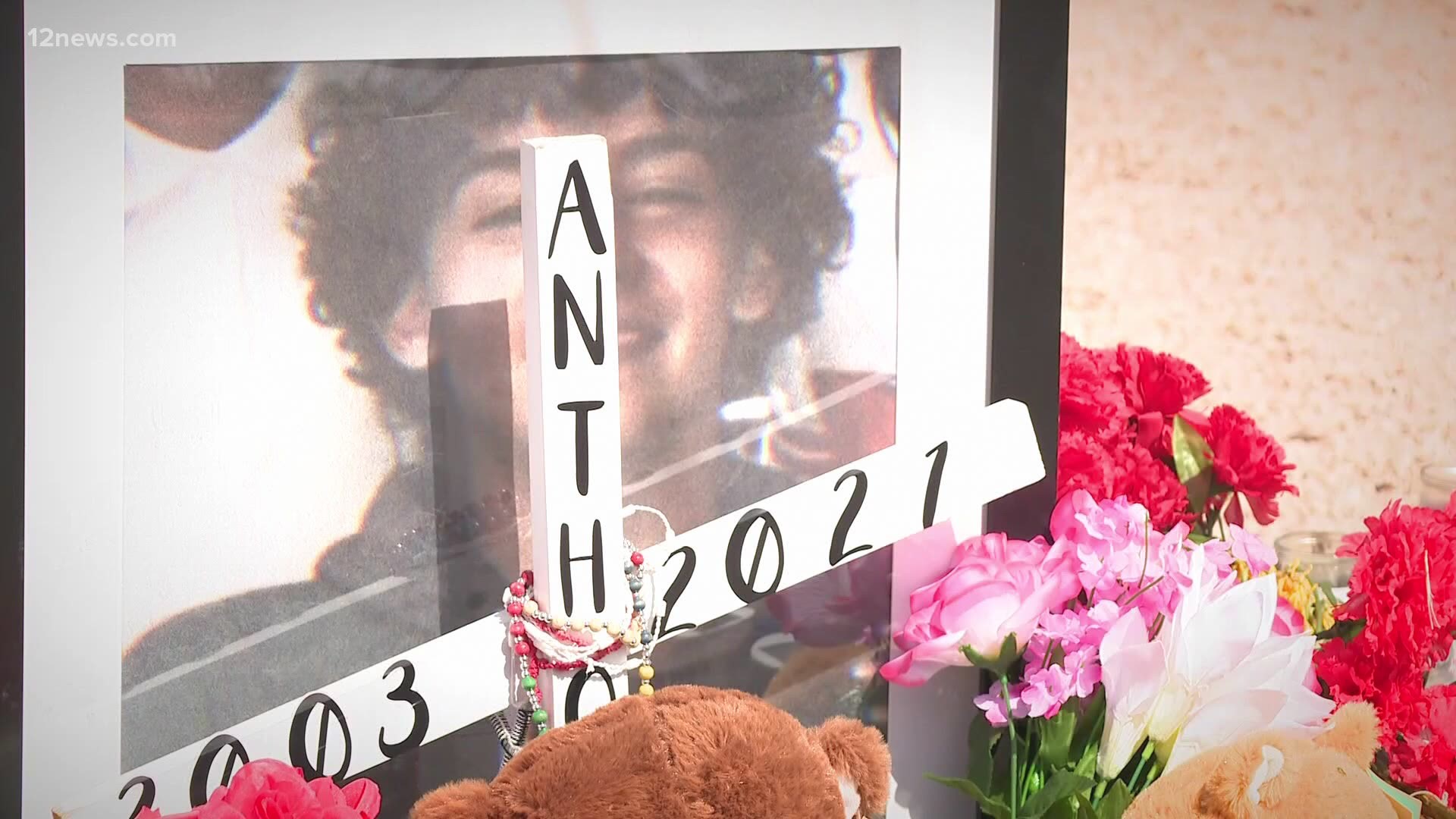 12 News is learning about the history of the Chandler police officer who shot and killed 17-year-old Anthony Cano in January.

Officer Chase Bebak-Miller is a graduate of Perry High School in Gilbert and a decorated Army veteran.

He joined the Chandler Police Department in 2015 and has exceeded or met expectations on his performance evaluations from 2016 through 2019.

According to his personnel file, Bebak-Miller's supervisors say he "sets the bar high for his work ethic," and that he "is the model of a young, well-rounded police officer."

Between 2017 and 2018, he received five letters of commendation. He was nominated for a "Life Saving Award" for saving a man who had shot himself in the head with a shotgun.

He also received accolades successfully arresting a man during a domestic violence incident who was using a child as a shield. Bebak-Miller “utilized their training and knowledge... to take the male into custody without incident, recover the handgun... and ensure the female and the children were all OK.”

But despite the high praise from his supervisors, his record is now under a microscope from the Cano family and community activists after the Jan. 2 shooting that led to Anthony's death.

“Competent, good police officers can still get into very challenging situations. These things are not scripted. They unfold in front of you and they change rapidly,” said retired Phoenix assistant police chief and law enforcement expert Andy Anderson.

“The shooting...the way it occurred, and that second shot particularly, was not warranted not one bit,” said Anthony's aunt Eva Cano.

In the unedited body camera video from Jan. 2, Bebak-Miller is seen driving behind Cano on his bike with the police lights on, when Cano gets off the bike and begins to run toward Gazelle Meadows Park.

Police said Bebak-Miller saw Cano riding his bike across both lanes of traffic and that is when the officer turned on the lights to make a traffic stop. A foot pursuit ensued ending with Bebak-Miller shooting Cano twice from behind; the second shot while the teenager lay face down on the ground.

Cano died three weeks after the shooting from his injuries.

Anderson said there are many factors to consider in this case.

“What you have to know is what was the officer perceiving at the time. What did he know and why did he take the actions he took? And when you take all that and put it together with the video you have, then you can come up with some answers,” said Anderson.

Bebak-Miller and the Chandler Police Department declined to comment further on the incident, but the department did confirm the officer was also shot in the leg eight months prior to his interaction with Cano, just blocks away from the January incident.

On April 28, 2020, Chandler Police were pursuing Rigoberto Polanco Jimenez for allegedly burglarizing cars in the same area when they say Jimenez fired multiple rounds from a handgun and struck the officer in the leg.

A Maricopa County Attorney spokesperson tells 12 News that the "investigation was submitted to our office and it is currently under review. There is not a timeline for when we will have a decision on the case."

MCAO is currently looking at "relevant statutes and case law" to determine if there is a reasonable likelihood of a conviction at trial.