FBI confirms 2 Arizona victims at the hands of the worst serial killer in U.S. history

Samuel Little killed as many as 93 women over a span of three decades, and now the FBI is confirming a second victim in Arizona 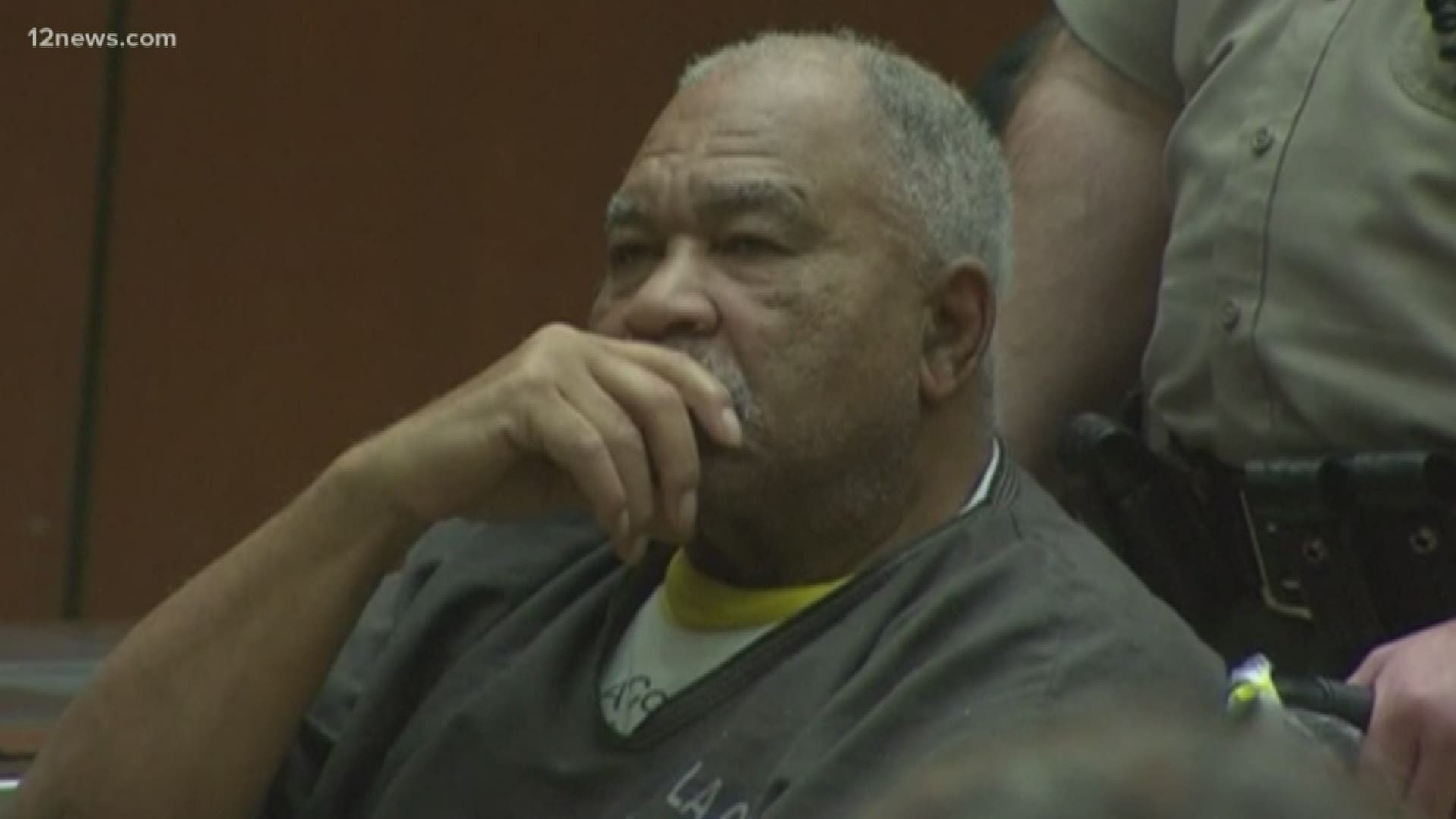 The FBI has called Samuel Little "the most prolific serial killer in U.S. history." He confessed to 93 murders between 1970 and 2005. Fifty of those murders have been confirmed, the FBI says.

We know Little confessed to three murders in Arizona. And so far, the FBI has confirmed he is linked to two of them.

Little drew the faces of more than 30 of the women he said he killed – all from his memory.

Credit: FBI
Drawings of women confessed serial killer Samuel Little claims to have killed in Phoenix: A Hispanic woman in her 40s killed in 1988 or 1996 and a white woman killed in 1997 possibly named Ann.

The details of the Arizona murders are not very clear. One of the cases involves a woman only to known to us as “Ann” described as a white woman who may have been killed around 1997.

Another case the FBI is still working to confirm involves a Hispanic woman in her 40s. The FBI says Little believes he killed her in 1988 or 1996 in Phoenix. Little also claims he killed a third victim, but not much known is known about her.

RELATED: Serial killer's lifetime of evil backed up by a prodigious memory

Many of his victims' deaths were originally ruled overdoses or attributed to accidental or undetermined causes. Some bodies were never found. Little believed he’d never be caught because he thought no one was accounting for his victims.

Most of his victims were young black and Hispanic women, according to the FBI.

12 News has reached out to the FBI, which referred us to the Maricopa County Sheriff’s Office to get more information about the victims. But we haven’t heard back yet.

RELATED: These drawings by a confessed serial killer could help identify some of his victims