Veterans are walking 53 miles to the State House after the SC Senate blocked a house approved-bill move to an old Vietnam War monument. 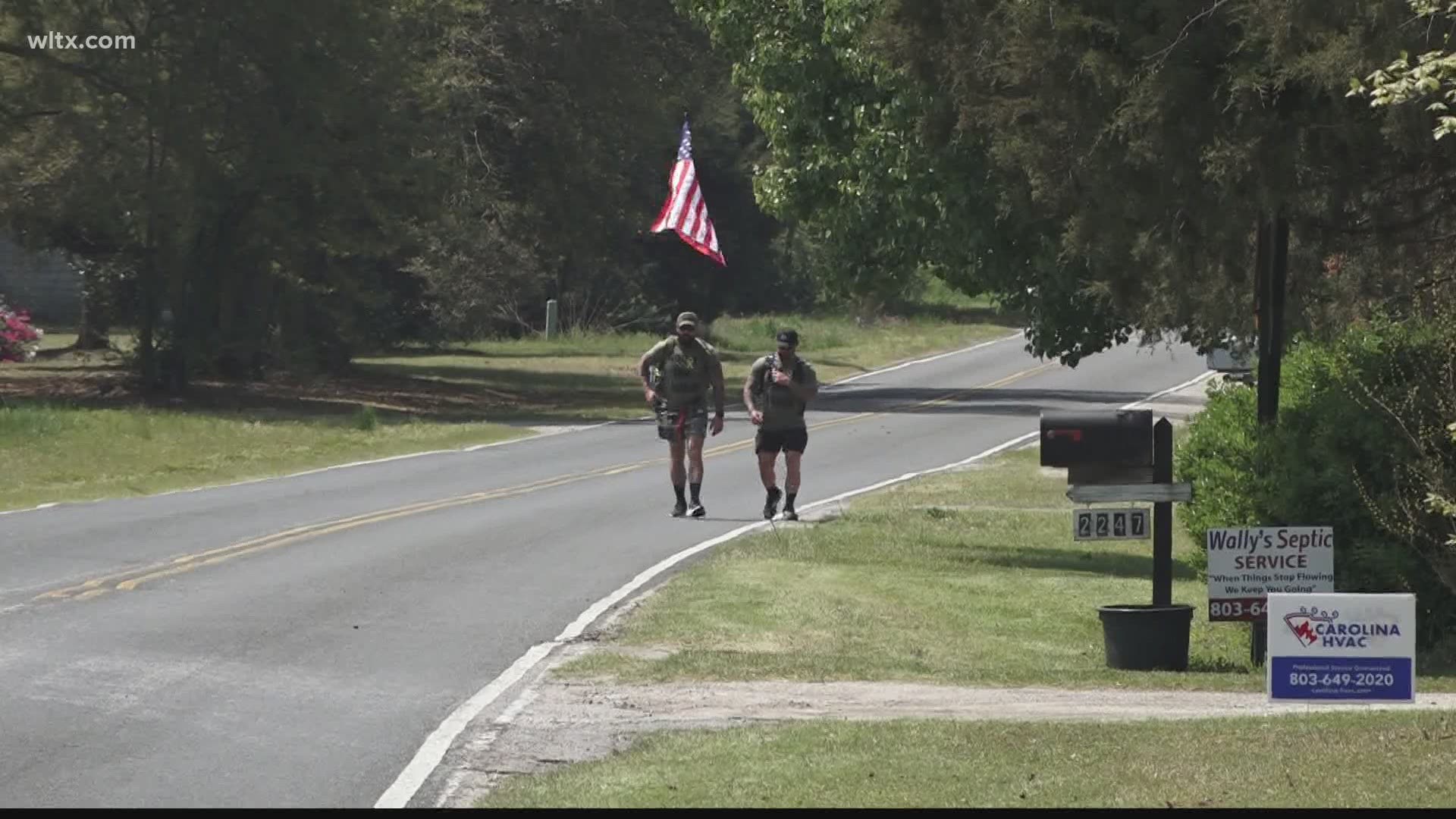 NEW HOLLAND, S.C. — "If we had driven up there, nobody would've known about it," said Aiken County Veterans' Council Chairman Lowell Koppert.

Veterans are walking from Aiken County to the State House to push lawmakers to move an old Vietnam War monument.

"The state has failed to maintain it for two decades in the proper manner," explained Koppert. "When we asked to move it, all of a sudden, it becomes this piece of gold for all of these legislators who don't even live in Aiken County; they don't want to move it because they respect it so much. If you respect it so much, why aren't you maintaining it?"

Lowell Koppert and Ray Care are walking 53 miles to the State House from Aiken County after the SC Senate blocked a house approved-bill move to a Vietnam War monument in Aiken to a different location.

The monument honors 30 Aiken soldiers who died during the Vietnam War. Koppert says the memorial sits on an inaccessible piece of state property and requires the General Assembly's approval to move it.

The goal is to move it to a veteran's park that the Aiken County Veterans' Council maintains. However, a two-thirds majority vote is required from both the House and the Senate to move the monument.

RELATED: Swanton-born WWII vet honored for his life and service to the country on 100th birthday

"We have asked for that vote, and we've been told that certain folks in our State House that we'll not get our day in court," explained Koppert. "They won't allow this to go on the floor for a vote, and that's what we as veterans have a problem with."

On Thursday, the veterans will continue their walk to the SC Military Museum and end their journey at the State House. The veterans will petition there to get a proper memorial site for the 30 men and women who sacrificed their lives for our country.

"They sacrificed. Lowell and I are suffering," said Former Navy Seal Ray Care. "They probably didn't want to go to Vietnam, but they did it for their country. We do things for our country, and we're going to continue to do so. Whether this is 53 miles or 153 miles, we would've still done this."